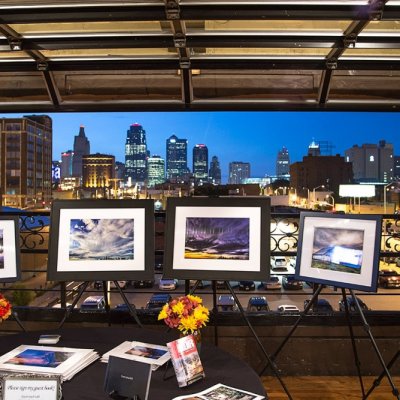 Travel isn’t all about sightseeing and lolling around on beaches. It’s also a wonderful way to immerse yourself in cultural activities. It might be similar to things you enjoy at home, or it might be something new you want to experience, and doing it in a different country adds a special frisson. If you’ve not decided on your rips this year yet, these 2015 art and culture events might help you make your mind up.

The British street artist Dean Stockton, commonly known as D*Face, is mounting his first exhibition at the Centre for Contemporary Art in Malaga this summer. Last spring he painted a seven-story mural in Malaga's trendy Soho district, together with his American counterpart Frank Shepard Fairy, known as OBEY. Malaga's MAUS project (Málaga Arte Urbano en el Soho) started out as a way to renovate the city centre in an effort to bring back quality of life to the area's residents and to attract tourism. Now the Centre for Contemporary Art is going to stage a brand new D*Face project.
When: End of June 2015
Where: Contemporary Art Centre, C/ Alemania, Malaga

The hotly anticipated opening of the Malaga satellite of this famous museum has just announced the first two exhibitions to be staged in March. Sergei Diaghilev was the founding father of the Ballet Russe and one of the most important innovators in modern dance and modern art. He worked with some of the greatest artists of the 20th century and was responsible for launching the careers of young dance talents like Vaslav Nijinsky and Anna Pavlova and supporting the works by painters such as Valentin Serov and Leon Bakst. It's a must-see event for anyone interested in ballet and theatre.
When: March 2015
Where: Tabacalera Building, Avenida Sor Teresa Prat 17, Malaga

On 7th April, the Royal Festival Hall will kick off the first of its 50th anniversary productions of Handel's Messiah. Presented by Bart's Choir, supported by the Philharmonia Orchestra conducted by Ivor Setterfield, Handel's masterpiece is set to once again wow London's classical music aficionados, who can also look forward to performances by soprano Elizabeth Weisberg, baritone Alexander Robin Baker and countertenor Rupert Enticknap. Handel wrote his Messiah over a 24-day period in 1742 and first performed the work in Dublin in that same year.
When: 7th April 2015, 7.30 pm
Where: The Royal Festival Hall, Southbank Centre, London

Now in its 20th year, the spectacular FESTTAGE festival will take place from 27th March to 4th June 2015. Organized as before by the Staatsoper Unter den Linden, the festival will be once again honoring a particular French composer and conductor, namely Pierre Boulez. The "Hommage à Pierre Boulez" titled festival will start only one day after Boulez will celebrate his 90th birthday. Participating orchestras will be the West-Eastern Divan Orchestra, Staatskapelle Berlin and the Vienna Philharmonic, all to be conducted by Daniel Barenboim at the Philharmonie. Some of the other concerts will be performed at the Schiller Theatre.
When: 27th March to 4th June 2015
Where: Berliner Philharmonie, Herbert-von-Karajan-Straße 1, Berlin

5 Sherlock at the Museum of London, Britain

There is still time for fans of Sir Arthur Conan Doyle to see the fabulous "Sherlock" exhibition at the Museum of London. Transporting visitors back to Victorian times, this is the first major exhibition devoted to fiction's most famous detective staged in the last 50 years. Making use of modern media, the Museum of London manages to conjure up Victorian London with all its sounds and creepy streets.
When: 17th October 2014 to 12th April 2015
Where: Museum of London, 150 London Wall, London

Now in its 50th year, the Wildlife Photographer of the Year Exhibition will showcase another 100 spectacular photographs from some of best wildlife photographers in the world. It is the most prestigious international event of its kind, drawing nature lovers and photography buffs from around the globe to the Australian Museum.
When: 28th March to 5th October 2015
Where: Australian Museum, 6 College Street, opposite Hyde Park in Sydney

Celebrating its 100th anniversary, the Department of Asian Art at New York's Metropolitan Museum of Art is pulling out all the stops with this spectacular exhibition, showcasing a comprehensive collection of Japanese art, including works like the famous Great Wave by Hokusai and Irises at Yatsuhashi by Ogata Kōrin. These are art works collected by passionate American collectors from across the US, many of whom have been instrumental in building up the museum's own collection of Asian art.
When: 14th February to 27th September 2015
Where: The Metropolitan Museum of Art, 1000 Fifth Avenue, New York

This year's Biennale at the Kunsthalle Wien will stage several important exhibitions, among them the "Performing Public Art" exhibition, which deals with how public art is changing from traditional sculptures and war memorials to urban street art murals, happenings and temporary action-based art displays.
When: 11th June to 4th October 2015
Where: Kunsthalle Wien, Museumsplatz 1, Vienna

April is a great time to visit Prague. Not only are the hills overlooking the city covered in pink and white blossomed trees, the classical music festivals and special concert season starts in earnest at the beginning of April. Easter sees an amazing performance of works by Mozart, Smetana and Dvorak by the 42-member strong Dvorak Symphony Orchestra Prague. Held at the iconic Municipal Hall, also known as Smetana Hall, the concert will be one of the highlights of the classic music scene in the city.
When: 4th April 2015, 8.00 pm
Where: Municipal Hall, Náměstí Republiky 5, Prague 1

Diego Velázquez (1599-1660) is the most famous painter of Spain's Golden Age, the age of discovery and world exploration, the age when untold wealth flowed into the country, plundered from the new world. This major exhibition depicts Velázquez's work in context showing many of his contemporary artists' works as well as works that inspired and influenced him during his life.
When: 25th March to 13th July 2015
Where: the National Galleries of the Grand Palais, 3 avenue du Général Eisenhower, Paris

Provocative American artists Jackson Pollock (1912-1956) was a huge influence on the modern art movement. The Tate Liverpool's Blind Spot exhibition is the first major showing of this artist's most celebrated works since 1980.
When: 30th June to 18th October 2015
Where: Tate Liverpool, Albert Dock, Liverpool Waterfront, Liverpool

The lovely Time to Wonder! exhibition at the Children's Museum in Brussels is dedicated to the little things of daily life that make us smile, inspire us and make us wonder. Giving free reign to imagination, the exhibition takes visitors across a chessboard, where they meet historic figures instead of pawns. It's a magical journey that continues into a maze of a library and down to the bottom of the oceans.
When: 1st October 2014 to 30th June 2018
Where: Children's Museum, Rue du Bourgmestre 15, Brussels

Advertised as a "once-in-a-lifetime" event, the Rijksmuseum's exhibition will showcase a spectacular collection of late works by Rembrandt van Rijn, one of the world's most celebrated painters. This major exhibition will show more than 100 of the artist's works from leading international museums and private collections.
When: 12th February to 17th May 2015
Where: Rijksmuseum, Museumstraat 1, Amsterdam

The National Museum of Science & Technology's brand new interactive exhibition has just opened its doors to the general public. A veritable herd of film-makers, artists from different fields, architects, designers, game developers and musicians have lent their expertise to creating an inspiring exhibition using nothing but digital media.
When: 1st February to 30th August 2015
Where: National Museum of Science & Technology, Museivägen 7, Stockholm

This is just some of the most fantastic 2015 art and culture events. Dance, theatre, classical music, photography - what would be your ideal ticket?