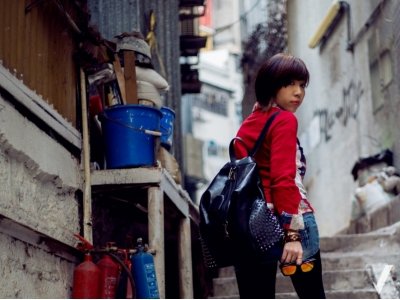 Strapping on a rucksack and setting out under your own devices isn’t for everyone, but if you want to eschew the package tour and set itineraries in favor of freedom, the world’s backpacking trips offer tremendous appeal. With backpacking you’re in control of when you go, where you go, how you get there and how long you spend in each destination. There’s a special camaraderie among backpackers like no other group of travelers, even if you’re going solo. With backpacking trips like these, who can argue it’s not a fabulous way to travel?

Looping Mont Blanc in Western Europe is one of the most breathtaking backpacking trips in the world. Taking you through the gorgeous countries of France, Italy and Switzerland, you will sweep through mountain passes and across enormous glaciers over the dilly-dally course of seven to ten days or the speedskating course of three. At 104 miles, this famed course walks its hikers through the Alps, circling its highest peak, Mont Blanc, which stands at 15,781 feet. Dipping down often into valleys, the trail at times follows tightly along rock cliff faces and opens up wide in wildflower meadows, climbing highest in Fenêtre d'Arpette in Switzerland and Col des Fours in France. The best thing about this hike is that all along the way, there are plenty of villages and rest stops offering fare of some of the world’s most delicious cuisines.

Laugavegurinn in Iceland is a 50-mile trail in one of the most stunningly diverse landscapes, which includes cascading waterfalls, glaciers, barren mountain passes and volcanoes. Called Thórsmörk, or the “woods of Thor,” this spectacular valley was said to have inspired J.R.R. Tolkien in his creation of Middle Earth in The Hobbit and The Lord of the Rings. With a 15-mile optional addition which starts you at the incredible 200-foot-high Skógafoss waterfall , the four-day hike is routed between the northern Landmannalaugar hut and the southern Thórsmörk park.

Another of the backpacking trips with some of the most astonishingly diverse landscapes, the Te Araroa Trail covers nearly 2,000 miles of twists and turns through New Zealand’s national parks, jungle bushwhacks, alpine ridges, coastal regions, rural farmland and volcanic landscapes. A hiker can spend a good portion of a year on this trail, as it takes the average Joe around 120 days to complete the trek of 160 tracks. As one of the longest backpacking trips, with a name like the Te Araroa or “The Long Pathway” in Maori, one should expect nothing less. Traversing the entire country, the trek requires a ferry ride between the North and South Islands.

At 9 miles, the Franconia Ridge Loop is the shortest backpacking trip to make our list, but a quite popular one. Built in 1930 by the Appalachian Mountain Club, the trail is an adventurer’s rite of passage, as it takes hikers along a quickly inclining elevation, climbing 3,480 feet in a mere four miles, and through the renowned knife ridge between Mount Lincoln, Mount Lafayette, and Little Haystack. Alpine wildflowers and stone steps spot this hike, making your walk through the heavens pretty as a picture.

The greatest height on earth, Everest or Chomolungma (meaning the “Goddess Mother of the World”) is a goddess mother that every avid hiker must see in his/her lifetime. Start out your breathtaking backpacking trip by plane, landing atop a slanted airstrip in Lukla, a village at 9,000 feet. At around 40 miles, the two-week roundtrip to Everest Base Camp is a nice alternative for those who don’t have the $50,000 cold hard cash it costs to climb to Everest’s summit. The journey to Base Camp takes you through the Khumbu region, to the Namche Bazaar at 11,286 feet, where most stop to acclimatize for a couple days and delve into the colorful culture of Nepal; after which, you can continue your climb past Buddhist monasteries and small villages, always with the great goddess towering before you, at last arriving at the base camp at 17,650 feet.

A nice alternative to the crowded Inca Trail, this 19-mile hike from Parpishu to Camicancha includes a train ride to Machu Picchu. The Ancascocha Trek (also known as the Hidden Inca Trail) is quite strenuous, but well worth the huff and puff. The five- or six-day hike through the Andes winds through charming villages, such as Chillipahua and Ancascocha, from which the trail takes its name. Inca Chiriaska, the highest point in the trail, tops out at a whopping 16,000, where you’ll be rewarded with a spectacular view of the towering 20,551-foot Salcantay.

The New Territories surrounding Hong Kong – a city with one of the world’s highest populations – are surprisingly quiet and sparsely populated. The MacLehose Trail lies within these territories and is not for beginners. With its 1,000-plus-foot descents immediately followed by steep finger-clinging ascents, the challenge is not in the trail’s mileage (62 miles) but in the makeup. Allow five or six days to complete this trail’s ten sections, which begin at Hong Kong’s beautiful east coast beaches, climb through monkey- and cobra-filled tropical mountains and swing around Tai Mo Shan, the area’s highest peak at 3,140 feet.

Any of these backpacking trips is the perfect panacea to a severe bout of wanderlust. Which would you prescribe for yourself?