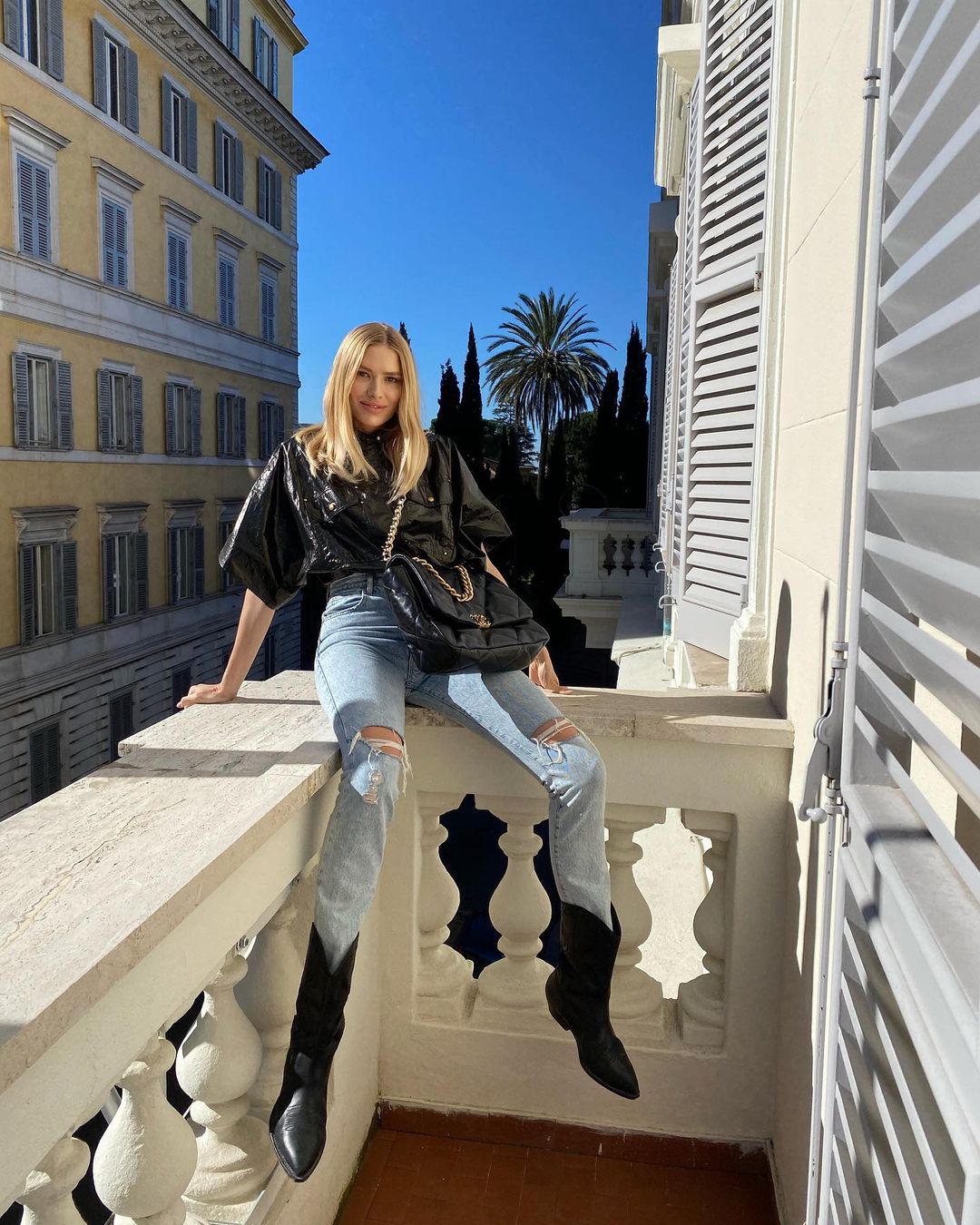 Travel is such a joy but like everything in life it has its pitfalls. As well as having a great time, seeing fantastic sights and meeting amazing people, you might just find yourself having to deal with issues, irritants and annoyances. Like these:

2. You Sit Next to Boring Travel Buffs

They’ve been everywhere you’ve been, only they did it better, cheaper, or bigger than you. They are ignoring your bored yawns and going on and on about that every place they’ve seen so you finally have to excuse yourself to go to the bathroom or any place that’s not next to them.

3. Toilet Paper is a Luxury

Always, always bring toilet paper with you. Toilet paper is often nonexistent in some countries, or there will be someone at the door to charge you for 5 undersized squares of the stuff, so god help you if you have to do something that requires more paper than that. Bring a few rolls. I can’t emphasize this enough.

This is the singular reason you see tourists easing hamburgers in exotic locations where they could be feasting on the local fare. Perhaps eating something familiar is comforting, but you can live without it for a short while - try something new!

Nothing says tourist like walking into a bar or restaurant with your Hawaiian shirt and straw hat, camera around your neck, smelling of sunscreen, and wearing hiking boots or flip flops. No wonder they can see tourists coming a mile away; who dresses like that?

There is no such thing as a remote destination during tourist season. Everybody would like to go someplace where the beaches are uncrowded, and all of them purchased tickets for the same week you’ll be there.

Oh, good, you’ve found a friendly fellow traveler. You talked a little, maybe even shared a meal together. But now they expect to go everywhere and do everything with you. If you’re really intent on losing them you may just have to tell them you need some alone time.

Not only are they obnoxious to your fellow travelers, many attractions are banning them altogether. Resist the impulse, because as much as you want that pic of you in front of the Louvre, most people really just care about the Louvre itself and you’re kind of annoying them by blocking the view.

10. You Are Too Well Prepared

Sunscreen? Check. Mosquito repellent? Check. Room for clothes and souvenirs? Ooops. Sometimes you pack so many things you forget you’ll want some room to bring back awesome treasures from your travels. If you must bring so many things, be sure they are in tiny travel bottles.

They are so tempting, with their savory smells…but just remember, what the locals have become accustomed to eating may not sit well with a newcomer who isn’t used to the ingredients, cooking methods, or dubious cleanliness. You really don’t want to use up all your precious toilet paper with what may come back to haunt you a day or so later after your indulgence.

Many countries have a higher level of tolerance for physical closeness than you might. Hugs, kisses on the cheek or holding hands are not uncommon in many countries. Also, if you take public transportation, in some areas of the world you’ll be packed in like sardines, to be prepared for jabs to the ribs and the smell of sweat.

It would be awesome if exchange rates were in multiples of 10 so you had some remote chance of doing the calculations in your head. Bring your calculator or use the one on your phone so you have some idea of what things really cost.

Sure, you’ll get better rates, and there are certainly less people, but check carefully before traveling in the off season. Certain areas have seasonal monsoons, for example, or some attractions may not be available to tourists off season. Check first.

Bugs and animals are often a part of everyday life, even in the city, when you travel to some countries. Don’t be surprised to see oxen pulling carts, or poop on the streets. Don’t be shocked either to find scorpions in your shoe, lizards clung to a wall, or cockroaches that are too quick for a solid whack from you shoe.

It’s bad enough when you’re going someplace where the letters are the same, but what if you go where they don’t even use the same alphabet? You’ll need to do a little studying before you get to your destination so you know what to order and what to stay away from, or you may be surprised with fried ox testicles or goat eyeball stew.

Traveling over several time zones can feel awkward and jarring to your senses. Your head says it’s time to vacation but your body is saying it’s time to sleep. There are a number of ways to try to avoid this phenomenon, but there are also many ways to make it worse. Sleep when you need to.

Even if you’re from the land of craft beers and microbreweries, you’ll come to have a special appreciation for the hangover-inducing ingredients that can only be found in good foreign beers. Especially those served at cellar temperature, which is slightly warmer than the average American is accustomed to drinking.

Even in the best hotels, you might get unlucky enough to get stuck next door to the constantly fighting couple, a family with loud children, or the Snoring Snagglepuss. If only it was so easy as “exit, stage left.”

People from the U.S. aren’t used to doing this; they are more accustomed to finding out what the price of something is then determining if they can afford it or not. You may get a good deal by bartering, but remember, they’ve played this game longer than you.

It’s hard for us to imagine, but there are actually areas on earth where cash is the preferred, if not the only, currency. And we’re not talking tiny venues where there are just a few people; we’re talking major restaurants, hotels and attractions. Do what they did back in the day before debit cards - buy traveler’s checks.

Every country has a different idea about how to dispose of its garbage. Depending on where you go, you could be expected to recycle every tiny fragment of paper and scrap of aluminum foil. On the other extreme, you could be walking the street doing your best to avoid cow dung.

Most accommodations are priced for double occupancy. The solo traveler has reason to harbor a great deal of resentment when they may pay as much as twice the amount of a person who is travelling as part of a couple. The way to get around this? Share your room with another traveler, even if you don’t know them.

After you’ve seen enough of them, you’ll wish you bought that fluorescent pink luggage set instead of the tasteful black ones, like everyone else did.

Always there, but never open when you really need them. Just hope your money or emergency happens between 9 and 5 or you could be out of luck.

Taxi drivers are in business to make money, and they usually make it by the mile. They aren’t exactly motivated to get you straight to your destination. Although many taxi drivers are great, watch out for those who want to take you on the scenic route (unless, or course, you wanted to take the scenic route!)

You think there are hardcore bureaucrats in your own country? Wait until you have to fill out 4 forms to take a train ride or have to deal with power-hungry border police. Some of them are corrupt as well. Sometimes a little extra cash solves the problem, but be aware of the local customs in this regard or you could get yourself into big trouble.

Yes, it’s true, Americans are spoiled. Americans expect to be doted in restaurants, for one thing. It’s best to know what you are going to order right away because the wait staff may not come back to take your order for another 20 minutes, and you may not get any service at all once the meal has arrived.

Using a computer is a great way to keep in touch with family and friends during your travels. However, if you have to use an internet café, be prepared, the keyboard layout may be different than you’re used to.

In some travel destinations, heat is part of the deal and you should expect no respite. Particularly if you travel in the summer season. Pack lightweight clothing and bring lots of water with you. Even fancy restaurants and nice shops aren’t likely to have adequate air conditioning, so be prepared.

No, it’s not just in Mexico – there are plenty of places where you can guarantee water to be pure and clean out of the tap. The best defense is to bring your own water or purchase potable water where it’s available. Another option is to bring water purification tablets or to boil the water if you can.

The reason tourist traps exist is because there’s usually something cool to see and everyone wants to see them. And where there are lots of people there will be lots of other people trying to make money catering to them. Enjoy those touristy areas anyway; they’re “touristy” for a reason. Just watch for the traps and scams.

33. Obnoxious People from Your Home Country

You know, the ones that make every traveler from your home base look bad and make life hard for the ones that follow. Avoid this with humility and basic common courtesy - learn to say hello, please and thank you in the local language and use these words frequently.

34. Keeping Eagle Eyes on Your Valuables and Your Passport

It’s not a good idea to buy or bring things of any real value, and locking them up in the hotel safe is no guarantee they will be safe. The only safe place for your passport is somewhere on your person.

35. Not Knowing the Dangerous Areas

Heading to the wrong part of the city or even the countryside could get you into unexpected trouble, especially at night. Stay near areas that are well lit and avoid doing anything alone.

Oh so many - driving on a different side of the road, shift sticks, indecipherable road signs, sat nav in a foreign language, massive traffic jams, jay walking cows ... et al.

There are an unlimited number of ways people can scam you. They may try to convince you that something you’re looking at is antique, or made with valuable materials, for example. Let the buyer beware.

It’s not common, but it’s something to be aware of. Someone may try to drug you to get your money or valuables, or to abuse you in some way. Be very careful.

As much as you try to avoid it, there’s a possibility you may become ill. You may have eaten the wrong thing or caught a cold, which makes traveling more challenging. If it’s serious, contact your embassy or consulate for assistance.

Yeah, you’ll have to do it eventually. If you’ve had an awesome trip, trying to get back into your normal routine can be hard. But that means you can start planning your next trip right away!

Don't be put off by these things. Embracer travel and all its fabulousness and its foibles. Remember - it is the pitfalls, perils and perfidies of travel that make for great travel stories!