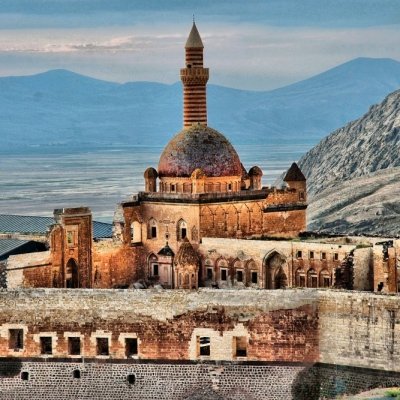 Budget airlines and youth hostels are the heroes of backpackers. They offer affordable rates that enable young people with limited budgets to travel across continents and countries. I've been mapping out my travel itineraries for this year and next, so I jotted down budget airlines that fly to exciting tourist destinations. I’m always on the lookout for promo fares and expect that I will book them if I think that I am getting a great deal. Here are seven of those budget airlines whose websites I've invaded so far:

There's a reason why AirAsia was voted as the world's best low-cost airline for six consecutive years among all budget airlines. With Kuala Lumpur as its headquarters, AirAsia has established affiliates in Thailand, Indonesia, Philippines, Malaysia, Japan, and India, expanding its network to 85 destinations in more than 20 countries. More choices for the wanderlust!

The airline that changed the way Filipinos travel - Cebu Pacific. It provides cheap promo fares all year round, making air travel accessible to the lower middle class. Two of its biggest hubs are the Philippines' major cities: Manila and Cebu. With Manila as its first major hub, the airline connects travelers to its Asian neighbors and has recently added Dubai, Kuwait, and Sydney (Australia) in its growing list of destinations. It also opened opportunities for more tourists and travelers to visit the Philippines … the Pearl of the Orient Seas.

China's only low-cost carrier based in Shanghai flies travelers to destinations like Xian (home to the world famous terracotta warriors), Guilin (home to the Li River, Longsheng Rice Terrace, and Reed Flute Cave), Hangzhou (National Tea Museum and West Lake), and Harbin (the site of Harbin International Ice and Snow Sculpture Festival), among others. Outside China, Spring flies to Cambodia, Thailand, South Korea, Hong Kong, and Macau. So you know where to go next after China ...

What would the world be without EasyJet? That's a direct quote from my backpacker friend, who thinks that rail travel around Europe is time consuming and expensive. Anyone who likes to explore Europe should check out the airline's website beforehand and see which deals will make you happy.

So who's winning the battle to attract more passengers? Ryanair or EasyJet? Frankly, I don't care. The existence of both companies makes airline travel more affordable, especially in a continent as huge and diverse as Europe. No complaints here. Word of caution though (and I mean this in all budget airlines), they're offering cheap fares because they eliminated all the frills and the excesses, so be sure to arrive to the airport early and for crying out loud, do not demand first class service. You get what you pay for … most of the time.

On our family trip this September, we are traveling from China to the U.S.A. on Business Class via China Southern Airlines, thanks to Jeff's work with the company. But from Los Angeles to Salt Lake City - and you can expect more flights as we are on ultimate vacation mode - we are flying Southwest Airlines. The major reason? It takes us where we want to go at a very cheap price.

The name itself is exciting ... how much more when you know that it flies to Iceland from New York and offers cheap flights around the U.S. and Europe? Such a sweet treat, right? Be sure to review your final bill statement for additional costs before you type in your credit/debit card details. As a general rule when booking online with budget airlines, always double check.

Have you flown with any of these airlines? Feel free to share your good and bad experiences.