10 Must See Gaudi Buildings in Barcelona ... 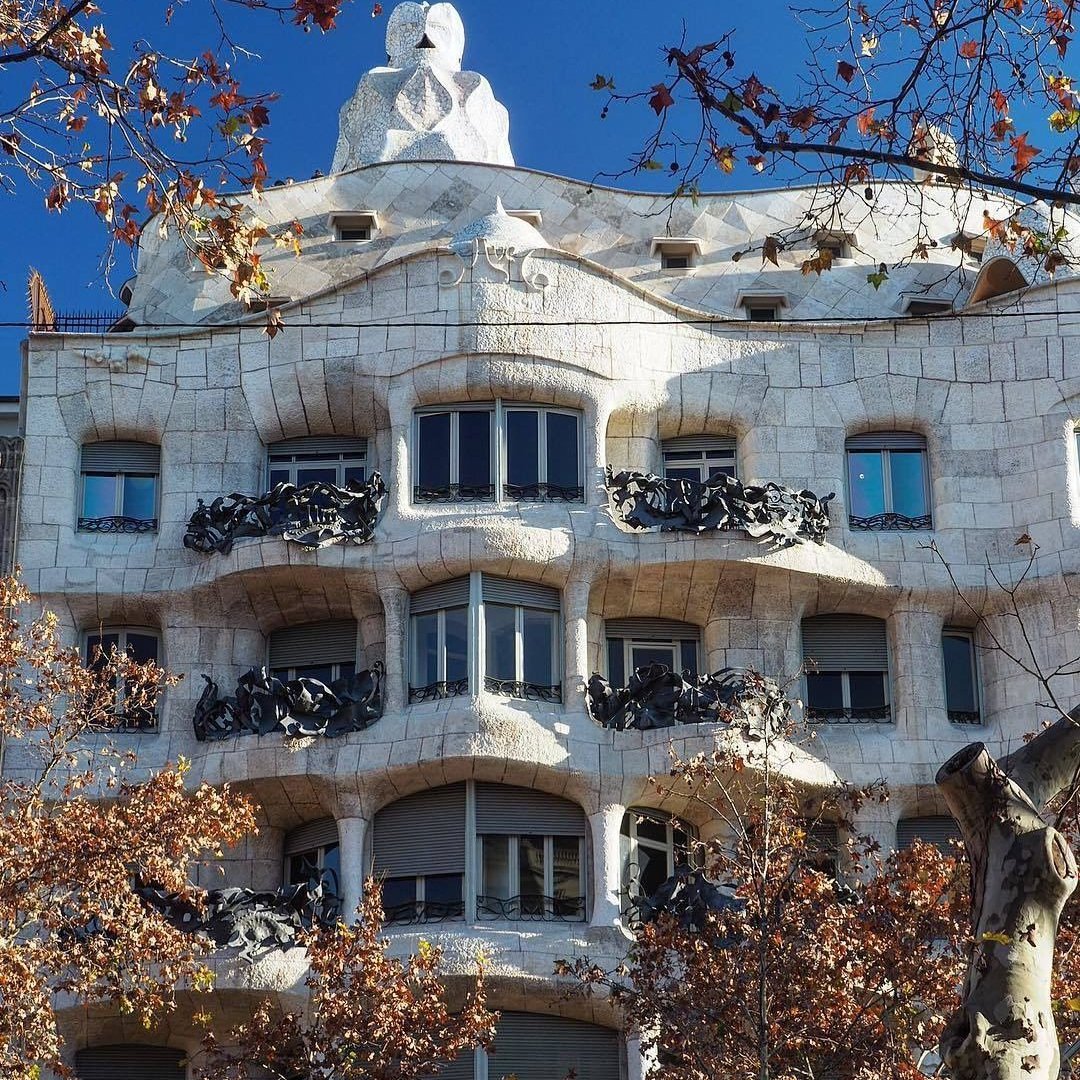 There are very few cities in this world that can be defined by a single architect, but Barcelona is one of them. The man behind the most iconic buildings in the Spanish city is Antoni Gaudi, the founder of Catalan Modernism. His highly individual designs are instantly recognizable, drawing on all those things that influenced his creativity including mosaics, ceramics, stained glass, carpentry, and wrought iron work. Whether you’re interested in architecture as a student or just appreciate good, strong design, you can’t really explore and see the best of the Catalan capital without an itinerary that takes in the best Gaudi buildings in Barcelona.

Gaudi let his imagination run wild with waves and twirls in the design of this most unusual looking building. More like a piece of sculpture than a residence, it still manages to possess a harmonious flow with iron balconies and irregular bits and pieces in its construction. In 1984, UNESCO declared La Pedrera as a World Heritage site.

This complex of buildings with their unusual architecture is set in tranquil gardens, of which one is the former home of Gaudi. Strikingly designed, many of the buildings have “trencadis,” surfaces built with ornamentation of odd shaped ceramic pieces. The flow of the designs, are typical Gaudi in the ‘Art Nouveau’ period of art. Enjoy the terrace with its serpentine shapes and the colonnaded hall and other features of Gaudi’s work. Built between 1900 and 1914, the park is also UNESCO World Heritage listed.

Antoni Gaudi’s artistic imagination ran rife in the residence that he built for the wealthy owners of a ceramic factory. This is particularly visible with the square tiling and other facades of various ceramic decorations. The influence of the Moorish period on Spanish architecture is obvious in some of the rooms and the façade. Built between 1883 and 1888, it is considered Gaudi’s most impressive work of art by architectural connoisseurs and students.

The Count of Gŭell, Eusebi Gŭell I Bacigalupi, was Gaudi’s biggest client. and for whom he designed the Finca Gŭell, a two building complex that is linked by a most imaginatively fashioned cast iron gate. The feature of this fantasy piece of art nouveau is an enormous wrought iron dragon and a medallion set with the “G” for Gŭell. The gate was crafted by an ironmonger and locksmith named Vallet i Piquer.

The most conventional Gaudi design was the Casa Calvet built for the textile industrialist family, the Calvets, between 1898 and 1900. On the roof of the building are two crosses supported by pediments, surrounded by stone ornamentation crowned with statues of San Genis and Saint Peter, the Calvet saints. The baroque influence of the façade, decoration and shape of the various balconies in the structure would impress a student of the arts. These influenced Gaudi with further nature designs, as seen at Casa Batilò.

This is a most irregular design for a church and crypt designed by Gaudi. Construction began in 1898 and was finally finished in 1914. The Gaudi-styled columns are seen inside and outside, with windows of different shapes inset from protrusions in the walls. The upper section of the door includes four cardinal virtues in ceramic. The church is constructed with basaltic stone bricks and mosaics, giving it a unique appearance.

In 1904, Gaudi renovated a conventional styled house originally built in 1877, using the constructive methods of the Modernisme (Catalan Art Nouveau) which included stone, forged iron and ceramics. Highly criticized for its radical design at the time as it broke the city by-laws, it resulted in receiving an award in 1906 from the Barcelona City Council, as one of the three best buildings of the year.

In his youth, Gaudi was an assistant to Josep Fontserė, the designer of the ‘Cascada’. The fountain was designed especially for the Universal Exhibition of 1888. It is set in the famous Barcelona Park de la Ciutadella.

The palatial residence of the Gűell family is conventional in the exterior design except for the roof, which is full of typical Gaudi ornamentation with fir tree like chimneys. The interior has a main living room with a domed ceiling and circular vents that give it a planetarium effect.

Still under construction, the building of this church began in 1892 and is only expected to be completed by 2030. The intention of the Construction is to represent a relationship between religion, nature and man through both architecture and the sculptures of the façade. From the top of one of the towers, the panoramic view over Barcelona is stupendous and well worth the climb. This church is the admiration of any lover of architecture and is considered Gaudi’s most famous work.