7 Must-Sees in Beijing for Every Visitor ... 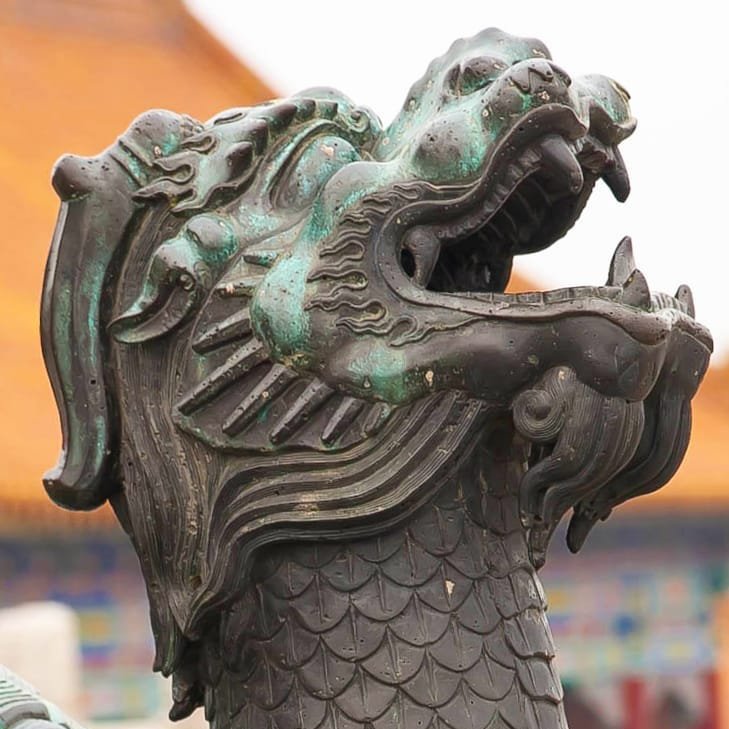 There’s a mass of attractions in the Chinese capital, but you can narrow it down to a list of must-sees in Beijing so you have a fabulous experience and not feel like you’ve missed out on anything that makes this the incredible city it is. I hate travel clichés but very few places embody the “old meets new” like Beijing. From futuristic buildings like the Bird's Nest Arena to the 600+ year old Forbidden City and an atmosphere unrivaled by many of the world’s great places, the must-sees in Beijing provide a once-in-a-lifetime trip.

A visit to China is incomplete without a trek along the enormous winding stone snake that is the Great Wall. One of the main must-sees in Beijing, there are eight major sections within reach of city, the closest of which is Badaling. You can be adventurous and hike an unrestored section, where you even have the option with various companies to camp overnight (often a little risky...perhaps even not quite legal); or you can do how most tourists do the Great Wall, which is with a tour company that also hits up the Ming Tombs, tea rooms and other tourist traps along the way. These companies visit the well-preserved and restored sections, which are easier and safer to climb, often doing the leg-work for you by providing a chair lift up.

One of the greatest hidden gems in Beijing (well, maybe not “hidden,” but not as promoted as, say, the Forbidden City or Tiananmen), the Summer Palace is the largest royal garden in China, offering a much-needed natural respite from the cement playground that is Beijing. This historical summer retreat for China’s emperors is now open to and enjoyed by the “common folk,” and provides visitors with acres upon acres of mansions, temples, ancient pavilions, bridges and the massive lake of Kunming. Allow an all-day venture for the imperial retreat, as it covers over 10 square miles, and you’re not going to want to miss an inch of it.

As a renowned symbol of Beijing, Tiananmen Square sees hundreds of thousands of visitors per year. Pumping life into the heart of Beijing, Tiananmen is the focal point for massive parades and rallies, as well as the historical site, where in 1949, Chairman Mao announced the establishment of the People’s Republic of China; it is also notable as the location of the 1989 Tiananmen Square massacre, in which assault rifles and tanks were used to inflict thousands of casualties amongst unarmed civilians. Situated across from the Forbidden City, Tiananmen Square is also surrounded by the Gate of Heavenly Peace to its north; monuments to the People’s Heroes and Chairman Mao Mausoleum to the south; the Great Hall of the People to the west; and the National Museum of China to the East. As such, Tiananmen Square is a great tourist hotspot to culturally jumpstart your stay in China.

Across from Tiananmen Square lies the Forbidden City, one of the most iconic attractions of Beijing. An ancient palace complex, spread over 250 acres and composed of over 9,000 rooms, the Forbidden City was once home to the emperor, along with his family and hundreds of concubines. Originally built between 1406 and 1420, the City has been sacked, burnt down, rebuilt and renovated dozens of times; being as such, you will see the Forbidden City as it was when active in the Qing Dynasty. With its huge expanse of uneven stone ground and its thousands of rooms, you will need a good pair of walking shoes and, advisably, a tour guide.

If you’re looking to unwind with a drink and some fabulous music, Houhai is the place for you. A scenic area, tucked in between sweet little shops and hutongs, Houhai is surrounded by three lakes (Qian Hai, Hou Hai, and Xi Hai) and is spread across a large area of about 363 acres. You can find local music, ranging from pop to jazz to reggae, as well as restaurants with both foreign fare and local cuisine. The history, too, is intriguing and can be traced back as far as the Jin Dynasty (1115 - 1234). As the terminal point of the Great Canal during the Yuan Dynasty (1271 – 1368), Houhai’s utilitarian prosperity flourished until the Ming Dynasty (1368 – 1644), when the channels ceased, and the area became, instead, a place of leisure. Near Houhai, you can also visit the Bell and Drum Towers, where you can climb the stairs and be rewarded by the heart-pumping thrill of a drum performance.

Lama Temple, or YongHeGong, is one of the biggest and most important Tibetan Buddhist monasteries in the world. Also known as the “Palace of Peace and Harmony,” Lama Temple is of the Geluk (Yellow Hat) School of Tibetan Buddhism, and includes architecture and artwork of Han Chinese, Tibetan and Mongolian styles. Constructed during the Qing Dynasty, the temple was originally purposed as a residence for court eunuchs. Later it was converted into the court of Prince YongZheng, son of Emperor KangXi. Upon Prince YongZheng’s ascension to the throne, half of the building remained part of the imperial palace, while the other half was utilized as a monastery for Tibetan Buddhist monks. Today it’s one of the must-sees in Beijing; a sensory beauty to behold, with bright vibrant colors, fragrant incense and the quiet of prayer.

Some of the most fun must-visit places in Beijing, hutongs are simply ancient local residences, which preserve the history of China in their very stone. In Beijing’s hutongs, you can take a pedicab, an ancient form of transportation, which is still offered to tourists to help navigate the narrow, winding streets. The stone neighborhoods are composed of small homes with large communal courtyards, often showcasing the “common life” of Beijing, where old men gather around for a game of Go. Traditional food is a mainstay in hutongs, and you can find street vendors on the cheap, as well as fine dining, which has begun to spring up in hutong neighborhoods to better cater to tourists.

Impressed? Fancy a trip? Which of the must-sees in Beijing is top of your list?