9 Best Christmas Parades around the World ...

Do you love Christmas parades? How far will you travel to see one? You know what really surprised me when I started doing this article? I knew that all the great cities would have Christmas parades but I just never thought they would be so far ahead of Christmas. My list therefore will include the best Christmas parades around the world but for some, you’ll have to save up the visits for next year – which is good because you get plenty of chance to save up for and plan your trip! ^_^

In the great tradition of theme park Christmas parades, Everland in Yongin, South Korea really knows how to put on a show. It has a very American bias but that just gives it the show an OTT factor that Christmas deserves. With a fabulous festival that includes daytime and moonlit parades, Sweet Nutcracker Parties and Christmas Wish Time, you’d be forgiven for thinking you are in Downtown USA rather than South East Asia. It’s spectacular!

One of the oldest Christmas parades in the world, the Toronto Christmas Parade takes place in mid-November – one of the many parades around the world that kick off the festive season. Since 1905, the parade has wound around a Downtown Toronto route with a mass of fantastical floats, 2000+ participants and a host of marching bands. 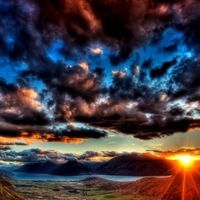 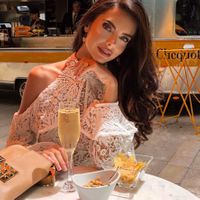 Now in its 79th year (as at 2013), New Zealand’s greatest Christmas pageant takes place on the last Sunday of November, heralding the start of the festive season. Known as the Farmer’s Santa Parade, the spectacle includes a celebration of the diversity of culture in New Zealand all set to a Christmas theme and of course, Santa Claus puts in a special appearance.

This is one of the Christmas parades that is definitely going on my travel bucket list. I like the idea of something different and the Newport Beach Christmas Boat Parade sounds like great fun. The good news is that, as the event takes place just before Christmas, there’s still time to catch it this year (2013 dates 18-22 December). You can join in the fun as an estimated 1 million gather to watch yachts, boats, kayaks and canoes of all sorts, brightly decorated and awash with colored lights, sail the harbor.

For a long time, one of the world’s greatest cities did not have a Christmas parade – maybe because the Lord Mayor’s show takes place on the second Saturday of November, along with Remembrance Sunday – two major events the city comes out to see, and then there is the New Year’s Parade. The world’s most famous store changed that and the Harrod’s Christmas Parade kicks off two months of festivities and heralds the arrival of Santa at his in-store grotto. The event takes place the first weekend in November.

As this Christmas parade takes place in early November, you’ll have to put this on your list for next year. It has to be included in my list because the Adelaide Christmas Pageant is in fact the biggest in the world. It may seem incongruous that Christmas in Australia falls in summer but that doesn’t spoil the genuine sense of the festive season. 400,000 spectators throng the streets of central Adelaide to enjoy a mass of fabulous floats and entertainment.

The Mexican capital truly embraces Christmas. For the Advent and Epiphany period (1st December 5th January), Mexico City IS Christmas. For Gran Festival Navideño there is a skating rink in Zócalo plaza, mariachi bands (who even play on boats on the festively lit canals) and street parties and a major parade which takes place along the roads of Eje Central.

One of the most unusual Christmas parades is based on an Alpine tradition. Although celebrated by a number of countries in the Alpine region and Eastern Europe, it is in Graz in Austria where the festival is its most spectacular. Krampus is the antithesis of Saint Nicholas and folklore tells us he comes to punish the naughty children, as opposed to Saint Nick who rewards them. The Graz parade is full of devil faced Krampus and Perchten (goddesses) and Saint Nicholas ready for some fun.

Naturally, the greatest of Christmas parades anywhere has to make the cut. For decades, the Disney theme parks have been pulling in delighted children and adults to enjoy the magic of Christmas in inimitable Disney style. Main Street USA is awash with all things festive as the beloved Disney characters bedecked in their seasonal best and magical floats remind us why Christmas is such a special time of year.

I love the idea of Christmas around the world. Which of these Christmas parades take your fancy?

lifestyle
7 types of clouds
money
Watch Yourself - 7 Signs Youre about to Make a Terrible Decision ...
love
10 Qualities Women Really Want in a Man ...
skincare
8 Super Serums for Your Skin ...
food
Wine 101 the Different Types of Sparkling Wine ...

What foods spike blood sugar ...
What causes stress in university students ...
What color nails do boys like ...
How would i look with a haircut ...
Shows like harry potter on netflix ...
How to clean semen out of couch ...
What are the hot drinks at starbucks ...
How to flaunt boobs ...
What is food poisoning ? ...
Source of food is obtained from ...