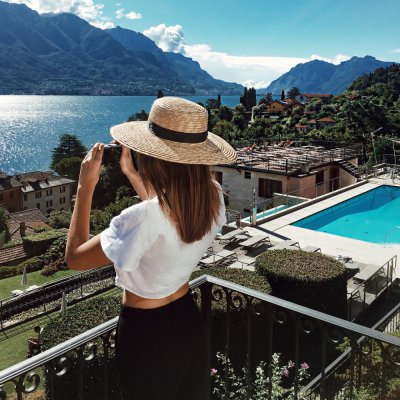 Asia is a massive continent, so when you say you want to travel to Asia you need to be more specific. There is a massive diversity from Turkey in the west to Japan in the east – enough to satisfy your wanderlust for a thousand years. Here’s a bucket list to give you a head start:

My Son, set in a lush jungle valley, is the site of the most extensive ancient Cham remains. 68 structures once stood, but most temples are in poor shape and deteriorating. Only 20 structures are known to survive. A Unesco World Heritage Site, you will be awed at the intricacy of the ancient workmanship.

This region has nearly 2,000 monuments within 16 square miles, remnants of a kingdom from the 9th century. The best way to see this spectacular site? By hot air balloon! Ballooning offers you a panoramic view of the wonders below, which include not only the monuments but awe-inspiring scenery. Afterwards, enjoy a champagne toast and refreshments with your pilots.

Located in the center of the Indonesian archipelago between Sumbawa and Flores Islands, this Unesco World Heritage site was first set up to conserve the Komodo dragon. Later, the goals for the park expanded to include conservation of the entire biodiversity of the island, including terrestrial and marine life.

The highlands are a popular destination to escape the heat from the lowlands, but also because of the abundance of flower, vegetable and tea farms. Hikers enjoy the many jungle trails, some leading to waterfalls and others to mountain peaks. Be sure to visit the Sungai Palas tea plantation where you can visit the factory and have a cup of tea.

Nature lovers will delight in the abundance of natural beauty here - there are caves, sand dunes, mountains, rivers, and even paleontological sites. The Khongor’s Sand Dune is Mongolia’s largest, at over 110 miles. Flora and fauna abound, and archeological remains spot the territory.

A thriving urban center in the middle of one of the most remote locations in the world, Ulaanbaatar is also hailed at the coldest capital city in the world. Connecting the Trans-Siberian Railway with the Chinese rail system, the city has become a cultural hub of sorts. Be sure to visit the Tibetan-style Gandan Monastery, one of the few to have escaped eradication after the Soviet purge of WWII.

Popular activities in Sagada include exploring caves and waterfalls, nature hikes, visiting historical sites and watching or participating in tribal celebrations. However, one of the more interesting sites is the Hanging Coffins. It’s a traditional way to bury people and it’s still utilized. Not everyone qualifies, however; the dead had to have been married and have grandchildren, among other qualifiers.

The most populated city in Vietnam, this city mixes the old with the new. Along with modern buildings you’ll find tea houses and pagodas. Be sure to visit the Reunification Palace, a former presidential palace that was occupied by Nguyen Van Thieu, and don’t miss the Nghia An Hoi Quan Pagoda, a lavish and richly decorated temple.

This cluster of over 100 islands offers gorgeous seaside getaways as well as rich and varied flora and fauna. Take the road that goes around the main island of Langkawi to see peaceful paddy fields and rustic views. Don’t miss the cable car that goes to the summit of Mount Mat Cincang - the views are stunning! Plus, the shopping is cheap and duty-free!

While there are more than 300 islands in this archipelago, only about a dozen are open to tourists. Havelock, the most popular of the islands, is a well-known destination because of its renowned beaches, its world-class diving, and its remote location. If you’re into emerald waters and snowy white sand beaches, the islands are waiting!

When visiting Seoul, you simply can’t miss the Seoul City Wall. It follows the ridges of four main mountains surrounding the city, and was originally constructed in 1396. Measuring up to 26 feet tall in places and stretching over 11 miles long, it has been partially restored several times. Another must-see is the Gyeongbokgung Palace, built in 1395. It showcases the intricate Korean architecture from the era.

A shopper’s paradise, there are a number of reasons to make room in your suitcase for all the treasures you’ll find here. Check out the Dream Mall, the biggest shopping mall in Taiwan. It comes complete with a Ferris wheel in the roof! There are also a large number of shopping streets, and numerous night markets. These night markets are peppered throughout the city and usually stay open from dusk till about midnight. They are wonderful places to catch the local flavor.

There’s so much to see in Japan’s capital it will be easy to get lost in its distinctive culture. Where to start? Try the multiple museums and historical sites, such as the Tokyo National Museum, which houses a third of the country’s artwork; the Jizo Hall temple, a national treasure, or the Imperial Palace. People visiting the city for the first time often love going to the famous Tsukiji Fish Market, where you’re likely to see fish you’ve never seen before.

This northernmost and least developed of Japan’s islands experiences cold winter weather, which attracts fans of winter sports. However, summer, being rather temperate, is great for farming. Famous for its numerous fields of lavender and other colorful flowers such as tulips. It is a spectacle of color best enjoyed via slow moving vehicle or bicycle.

If your idea of a vacation is beaches lined with coconut palms swaying in the breeze, St Martin’s is where you need to be. The only way to get to the island is by watercraft, and once there, you won’t find paved roads, taxis, or even electricity. A few hotels operate off generators, but for the most part, this island is all about fun at the beach, including water sports, beach parties and bonfires.

Although Bali is known for its tropical ambiance and its many extraordinary beaches, there is so much more to see here. There is abundant natural beauty, including mountains and waterfalls. History lovers will enjoy the many temples scattered throughout the island, such as the Tirtha Empul, the Pura Taman Ayun, and the Ulan Danu temples, all popular destinations.

A world heritage property, this park is home to nearly 800 species of animals, birds and fish. The park is especially well-known for its protection of the rare one-horned rhinoceros, the Royal Bengal tiger and the Gharial crocodile. It’s also home to a Ramsar site; a wetlands site protected as a result of the Ramsar treaty to conserve these rare locations.

The promise of nearly limitless adventures lures most visitors to Chiang Mai. Take a dragon boat ride, visit a butterfly farm, go zip lining or explore caves. Visit a tiger kingdom, go on a night zoo safari, soak in the hot springs, or eat dinner while watching authentic folk dancers. Built in the year 1296, there are plenty of historical locations to visit as well.

The Maldives has become one of the world’s best scuba diving locations, and the Banana Reef protected areas are no exception. Divers are likely to encounter hammerhead sharks, moray eels, manta and eagle rays, whale sharks, and other colorful fish. Not a diver? Not to worry. The white sand beaches, clear waters, cliffs and caves will keep your interest piqued!

The best way to experience the beauty of Phuket it to go on a jungle trek through Khao Phra Thaew National Park, home of Phuket’s last remaining virgin rainforest and also a large number of protected animals. You’ll also be treated to blue lagoons, waterfalls, and a lush green environment. The forest has several trails and you can hire guides if you want a more in-depth tour.

There are lots of things to see while in Sumatra, but Lake Toba is a sight not to be missed. This natural lake occupies an ancient volcanic caldera, and is over 1,500 feet deep. It’s the largest volcanic lake in the world, and has remained pristine. Ferry rides from Parapat will take you to the Samosir Island, and also offers views of traditional Batak villages.

The Mondulkiri Project in Cambodia is a must for animal lovers, especially those who cherish rare interactions with animals. This elephant sanctuary offers up-close-and-personal tours that last either one or two days. You’ll trek through the jungle along with the elephants, where you’ll get to feed and even bath the elephants. However, tourists aren’t allowed to ride them.

The unique landscape found at the Puerto Princesa Subterranean River National Park will awe you with its limestone karst mountain landscape, but perhaps the most awesome feature of this park is the underground river. The St. Paul River winds though 5 miles of caves before dumping into the South China Sea. Inside the cave, you’ll be treated to major stalactite and stalagmite formations, as well as several large cave chambers.

There are areas with great numbers of tourists, and while those places are fine places to visit, why not take the road (or wall) less traveled? Sections of the wall located in Huanghuacheng are lesser known. Although damaged, it’s still quite fascinating. Other lesser-known but equally fascinating sections include those at Jinshanling, Simatai, and Joyongguan.

So many fabulous sights and places, so little time. What is top of your Asia bucket list?