Where to Take the Best Instagram Photos of Springs Cherry Blossoms ... 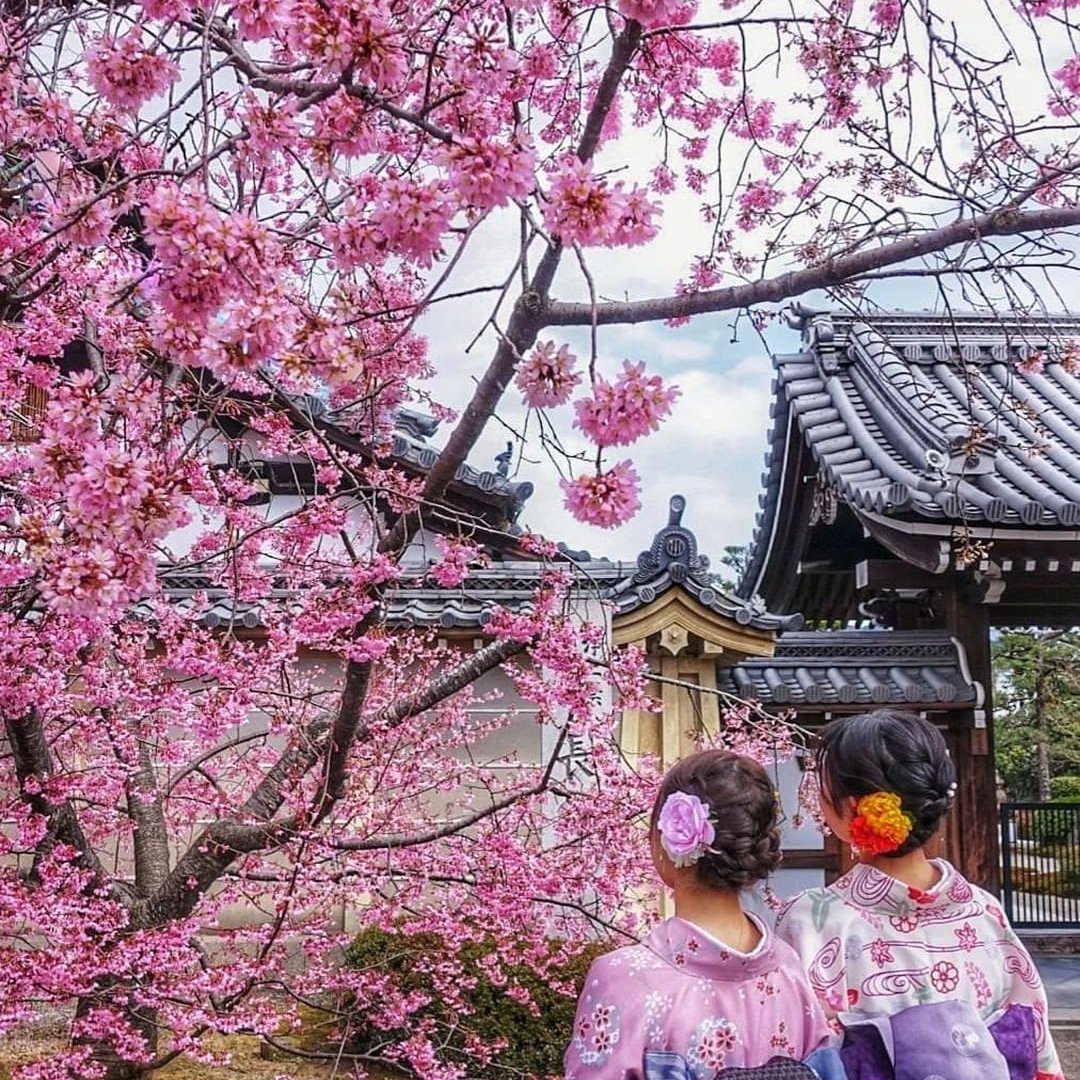 While all spring flowers are gorgeous and bring a smile to your face after the greyness of winter, there’s something magical about cherry blossom. I’m lucky to have a single, beautiful cherry tree in my garden, but if you don’t, head to one of these cherry blossom festivals for an eyeful.

There's nothing quite like visiting a cherry blossom festival in Japan. Held against the backdrop of a gleaming white feudal hilltop castle that dates back to the early 14th century and is a genuine UNESCO World Heritage Site, the festival can easily be reached by taking the Sanyo rail line from Osaka, a ca. 60-mile journey. The 3-day festival includes performances by traditional drum and harp musicians, specialty food stalls, a ceremonial tea service, and the sight of thousands of illuminated cherry trees at night.

More than 10,000 trees line a 1.4 mile walkway following the banks of the Kitakami River. Located in the north of Honshu Island, these festival grounds are particularly romantic at night, when lanterns are being lit to illuminate this cherry tree forest. Enjoy river cruises and annual Children's Day celebrations on 5th May, when hundreds of colorful koinobori, carp-shaped flags made from cloth, are strung across the river. The flags, once the wind blows through them, are meant to encourage carp to swim upstream, a Japanese symbol of perseverance and strength. The festival typically starts in mid-April and runs to early May.

If your travel budget won't stretch to visiting Japan, try Japantown in San Francisco instead, where the cherry blossom is celebrated in great style. One of only three remaining Japanese enclaves in the country, Japantown in San Francisco has a good smattering of cherry trees along the pedestrian mall. For two weekends in April, visitors at the cherry blossom festival can enjoy folk dancing, classical music and ear-drum splitting taiko drumming. Enjoy street food Japanese style, and join the Grand Parade which leaves from the City Hall and travels 15 blocks to Japantown to end the festival in style. (nccbf.org)

Copenhagen is more famous for Hans Christian Andersen's Little Mermaid, Tivoli amusement park and writer Hans Christian Andersen's fairy tales than cherry trees, but in 2005, to celebrate the writer's bicentennial, the city received 200 flowering cherry trees from the Danish Honorary Consul of Hiroshima. This created a brand-new tradition. The 2-day festival is held in Langelinie Park, where the Little Mermaid statue is situated and the first cherry trees were planted. Enjoy the martial arts displays, tea ceremonies, origami and calligraphy demonstrations and workshops. (sakurafestival.dk)

Macon promotes its cherry blossom festival as "the pinkest party on Earth", a slightly misleading marketing ploy that strangely works, however, for each year thousands of visitors surge into the city to see more than 300,000 Yoshino cherry trees blossom in delicate shades of pink. The 10-day festival includes a beauty pageant, fireworks, a street party with all the trimmings, and a spectacular night-time display of illuminated hot-air balloons. Go to Cherry Street to cheer on the participants competing in the outrageous Bed Race. Here you can see locals racing in decorated bedsteads (mattresses on wheels) through Macon's historic downtown. Held in late March (cherryblossom.com) each year.

The tradition started when 100+ years ago, the mayor of Tokyo presented the American people with 3,000 sakura cherry trees as a friendly gesture. Since then, the festival has become one of the largest cherry blossom and Japanese culture celebrations on Earth. For 16 days the festival celebrates all things Japanese, starting with the Blossom Kite Festival, a display of hand-made kites in action, and ending with a parade along Constitution Avenue that includes spectacular floats and giant helium balloons. Don't miss the free lantern walks at night, which take place between 8.00 pm and 10.00 pm, and feature storytelling park rangers. (nationalcherryblossomfestival.org)

Held in the historic Brooklyn Botanic Garden, which is part of the 585-acre Prospect Park on the eastern outskirts of Brooklyn, New York's cherry blossom festival includes more than 60 exhibits and performances staged against the backdrop of the park's gorgeous Japanese Garden. Learn ikebana-style flower arranging, read a few manga (comics) and let your kids loose on origami workshops, where little hands can learn how to fold a colorful crane. The Hangasa Kai Parade is the undisputed highlight of the festival.

Seeing Cherry Blossom’s in Japan is definitely on my bucket list. Is it on your’s?