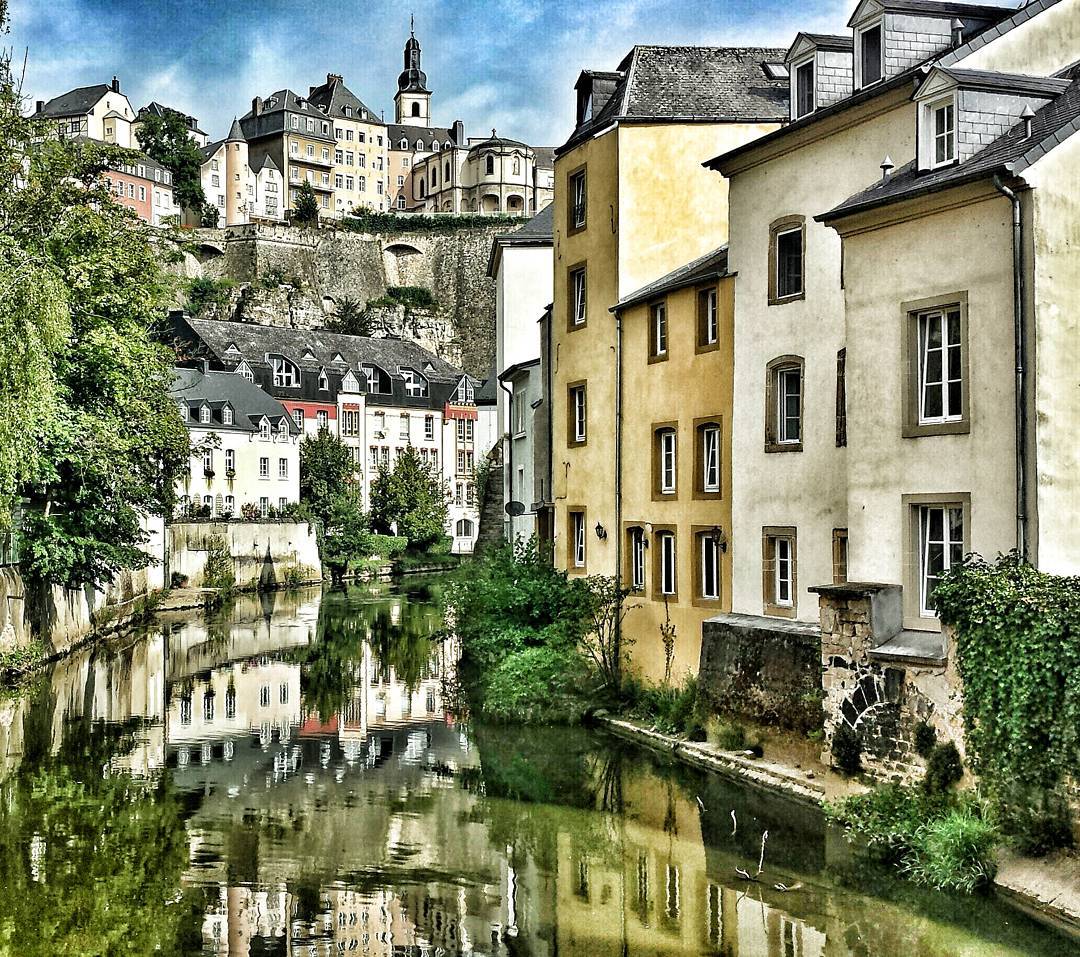 It’s 20 years since I went there but I’m sure the reasons to visit Luxembourg than are still valid today. This small country is one of Europe’s unsung destinations – probably because of its size and that it’s tucked away between Germany, Belgium and France. If you’re on a trip to Europe and considering whether it’s worth popping in, here are some reasons to visit Luxembourg.

The tiny Grand-Duchy of Luxembourg lies at the heart of Europe and is easy to manage while taking a short break from the attractions of Belgium, France and Germany. Studying at the country's university is of the many reasons to visit Luxembourg, perhaps justly outweighed by the Grand-Duchy many UNESCO World Heritage Sites. A particularly safe country to visit and a veritable Mecca for gourmets, Luxembourg's five distinctly diverse regions offer something for everybody.

Gluttons of all ages will enjoy a visit to the Grand-Duchy. Its famous Michelin starred restaurants are the envy of the world and among the greatest attractions of Luxembourg. Boasting no fewer than 11 Michelin starred restaurants and 12 with Bib Gourmands, Luxembourg's cuisine is surprisingly deriving its excellence from peasant cooking and not from the aristocratic tables of Europe's crowned heads. From starters to main courses, from apple tart desserts to steaming cups of hot chocolate, even the humblest eatery offers culinary delights few other countries can match. Try the national dish Bouneschlupp or Treipen, a Grand-Duchy variety of black pudding.

3 Go Hiking on Some of Europe's Most Enchanting Trails

The gently undulating hills of Luxembourg are justly famous for their vineyards and grapes, but the Grand-Duchy also boasts great activities and when looking for things to do in Luxembourg, visitors invariable stumble upon the existence of some of the best hiking trails in Europe. Depending on your hiking experience, there are many fine trails to choose from, but the pine forests along the Eisleck Trail (or Escapardenne) and the rocky formations that line the Mullerthal Trail are among the finest the Grand-Duchy has to offer.

If you are looking for things to do in Luxembourg that will counteract your gluttony and extended visits to gourmet restaurants, try the amazing Adventure Park Indian Forest, which is located a ten minute walk from the castle of Vianden. Offering more than 60 workshops and six completely different courses aimed at different age groups and levels of experience, the adventure park in the forest of Bildchensbësch will help you shed unwanted pounds in no time. A thrilling zip line course among the canopies of the forest takes roughly 45 minutes to complete and starts from ages 12 onwards. It takes ca. two hours to complete a full course around the park.

5 Swimming with the Fishes at Aquarium Wasserbillig

Hire a car for a day and head out to 6646 Wasserbillig, a small village that is home to an amazing 90,000 liter aquarium. The watery denizens of this Luxembourg attraction consist entirely of freshwater fish, which is unusual, as most aquariums either have only marine life from the seven oceans on display or a mixture of both fresh and seawater wildlife. Located at the Rue des Pépinières, the Aquarium Wasserbillig is located in the southwest of Luxembourg, on the German border and features 15 fish tanks which hold between 300 and 40,000 liters of water each. From delicate freshwater corals to sturdy pikes, koi carp and blood-thirsty piranha, this aquarium showcases them all. There are also playgrounds for children and special shows to enjoy.

The MNHA or National Museum of History and Art is among the must-see sights of Luxembourg. Located in Luxembourg City, the MNHA displays art works and exhibits from all eras of the Grand-Duchy history. Located in the historic fish market in the heart of the city, the museum's collections range from Celtic boar artifacts to ancient Roman carvings, and from decorative arts to old masters.

Leaving three times a day, the black and orange tourist bus departs from Luxembourg City, Vianden and Echternach and provides a hop-on hop-off tourism service that allows passengers to get on or off at scheduled bus stops and see attractions of Luxembourg in between. Passengers are offered audio guides in eight different languages, English among them. You can buy your ticket directly on the bus and they are valid for two non consecutive days, to be used over a period of eight days. See the Grand Ducal Palace, hop on the bus again and trundle off to the splendid medieval Vianden Castle or see Fort Thüngen, a splendidly preserved part of Luxembourg City's original fortified walls.

Due to its size, you can take in the main attractions of Luxembourg in a few days and they’re well worth the stop. Who’s been? Please tell us of your experiences.