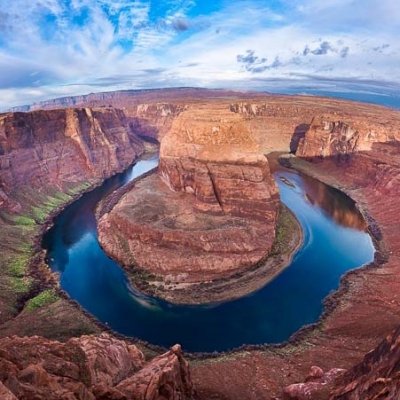 This is a 43-mile stretch of rock and sand that winds its way through the mountains. It's a single lane road that completely lacks guardrails, boasts 200 ft. drops, and it's littered with hundreds of crosses – to mark the lives it has claimed. They say 300 people die here every year. Even its name clearly says it's one of the deadliest tourist destinations, yet it draws numerous visitors from around the world – specifically hardcore adventurers and even people crazy enough to try their mountain biking skills on the rocky road.

If there's a trekking path that will earn you eternal bragging rights, it's definitely the Plank path on Hua Shan Mountain – or rather a series of thin wobbly boards that will make you tremble in terror as you desperately cling to the cliffs. Official statistics regarding deaths and injuries are difficult to find, but it's safe to say ("safe" is maybe not the best choice of words) there were more than a few who slipped or lost their balance and faced fatal consequences. But look on the bright side: if you do make it to the top, you can enjoy a hot cup of tea at the teahouse on the summit.

Speaking of tea, you might want to think twice if you're tempted to pick a few herbs from the Alnwick Garden and make yourself a tasty hot beverage. This beautiful tourist attraction in North England has a gated section called the Poison Garden that is home to over 100 plant species that can kill you. This is one place where you really shouldn't stop and smell the flowers – the garden is actually full of warnings that prohibit it.

Another one of the deadliest tourist destinations, Boiling Lake is filled with bubbling superhot water surrounded by vapor clouds and boasting 180-200 F on the edges alone. It is, in fact, a flooded fumarole, an opening in Earth's crust through which gases and steam from the lava below come to the surface. As you can imagine, a relaxing swim in the lake's waters – or an accidental slip – will be your last one.

A breathtakingly beautiful island near Brazil, Ilha De Queimada Grande looks like the Garden of Eden from afar. And besides its beauty, it does have another thing in common with it: snakes. Not just one deceptive snake – thousands and thousands of deadly ones. They are everywhere and they are all venomous. I'm not sure how many would be tempted to come here. Anyway, visits here are strictly controlled by the government and require a doctor to be present. I wonder why…

Perfect weather, breathtaking sunsets, sandy beaches and warm, inviting water. Doesn't Praia De Boa Viagem sound amazing? It is, and its waters are also packed full of sharks. The unwanted "visitors" are mostly bull sharks, which are very fond of shallow, coastal waters, ending up sharing them with surfers and swimmers here.

The Colorado River System may seem like the perfect vacation destination for those who like white-water rafting and a little adventure. However, in the recent years, the river has seen a worrisome rise in injuries, accidents and fatalities. This is believed to be not only because of neglect, inexperience and lack of safety equipment, but also due to the melting snows from Colorado's mountains and heavy rains. 2014 is reported to be one of the deadliest periods the river has seen.

These were just some of the many highly dangerous tourist destinations that could kill you in an instant. Do you dare to visit them?