We’re all familiar with the pictures of glorious beaches and tropical islands, but what about the other natural wonders of Asia? This huge continent has some amazing and unique landscapes and most are utterly breathtaking. Every country has worthy contenders so it’s been a rather difficult task to whittle down the list. I hope you enjoy my pick of some of the natural wonders of Asia.

1 The Chocolate Hills, the Philippines

Named for the fact that they turn brown during the dry season, the Chocolate Hills in the Philippines number anything between 1260 and 1776 (I wonder why they haven’t been able to confirm the number?). The distinctive cone shape makes the hills one of the natural wonders of Asia because they are so unique and no one really knows how they were formed. Made from grass covered limestone, they cover an area of about 20 square miles and range from 98 to 390 feet high.

As the second highest mountain in the world, K2 is one of the most fabulous natural attractions of Asia. Like the mountain that beats it to the top spot, Everest, it too is in the Himalayas, this time in the Pakistan section. K2 has only been climbed 852 times compared to Everest’s 1,924. Whilst there is a certain achievement to climbing the highest mountain in the world, K2 is considered more dangerous and has the nickname of the Savage Mountain because of the number of climbing fatalities.

Although associated with Mongolia, the massive Gobi Desert also covers part of northern China, spreading over an area of 500,000+ square miles. It is an incredible place because even though a desert, it has a number of distinct eco-systems. It is also a cold desert with extreme temperatures that range from 50 degrees C in the summer to -40 degrees C in the winter. It has been known to record temperature changes of 35 degrees in one day. Despite these harsh conditions the desert is home to many animals, including camel, bear, gazelle, wolf and snow leopard.

The Narmada Rivers flows through the Indian state of Madhya Pradesh and just west of the city of Jabalpur, it makes a narrow gorge. The gorge at Bhedaghat is made of marble cliffs that reach a height of 100 feet. A couple of the more interesting rock formations are known as Elephant’s Foot and Monkey’s Leap. The gorge runs for 2 miles and this is impressive as one Asia’s natural wonders in itself, but it narrows and drops dramatically, creating the Dhuandar Falls – commonly called the Smoke Cascade.

You might well think you have seen these rock pillars before, and if you saw the movie Avatar you will recognize them, because the incredible rock formation in Zhangjiaje were indeed the inspiration for surreal landscapes of Pandora. Indeed, one of the 3.544 foot pillars (formerly known as the Southern Sky Column) has been renamed “Avatar Hallelujah Mountain” in honor of the movie. The rock pillars have been formed over millennia of erosion and water expanding and contracting in the rock crevices. The Zhangjiaje Natural Forest Area is in the Hunan Province of north China and is part of the Wulingyuan Scenic Area, one of the natural wonders of Asia that is also a UNESCO World Heritage Site.

So often, lists of the natural wonders of Asia (and anywhere else) concentrate on geographical features, forgetting that Mother Nature’s bounty also includes the animal kingdom. The fireflies in the village of Kuantan surely qualify as one of the amazing natural sights of Asia. Berembang trees line the Selangor River next to the village and are the source of food for several colonies of fireflies. At night when they light up, it is fancier than Disney’s light show! Visitors are taken to see the fireflies on a boat down the river.

Heaven Lake fills a large volcanic caldera on the top of Baekdu Mountain, which sits on the border of North Korea and China. The crater was formed by an eruption estimated to have happened sometime around 950 AD. Due to its high elevation the lake is covered in ice for much of the year but that doesn’t stop it being the home of a mythical creature known as the “Lake Tianchi Monster.”

There are many sights along the mighty Mekong River, which is one of the natural wonders of Asia in its own right, and as it flows through 6 countries it carves the landscape. In Laos, where it meets the Nam Ou River, it has created the Pak Ou Caves. There are 2 caves at Pak Ou, carved out of an imposing limestone cliff, about 15 miles from Luang Prabang, a city in the north central region of Laos. What is most amazing about the caves, other than the majesty of their own formation, is that they have become a Buddhist shrine and are now home to more than 4,000 Buddha statues and carvings.

Ha Long Bay might well be one of the most photographed natural wonders of Asia, but that doesn’t make it any less worthy, beautiful or interesting. The bay is characterized by nearly 2,000 monolithic limestone islands covered with jungle vegetation poking out of tropical waters. Some of the islands are actually hollow and many of them feature grottoes, caves, lakes and some gloriously secluded beaches. There’s also a diverse range of wildlife and birds on the islands.

We all know there are few things that man can leave alone and Sigiriya is another of the Asian natural wonders that has been utilised and “amended” by humans. The “Lion Rock” is a huge monolith that towers 650 feet from a forested plain. Today, it is the most visited historic attraction in Sri Lanka and is also a UNESCO World Heritage Site, but in the 5th century it was the site of the capital of King Kasyapa.

I had great fun on my virtual tour of the natural wonders of Asia. What would be your pick? 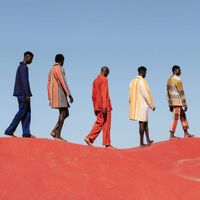 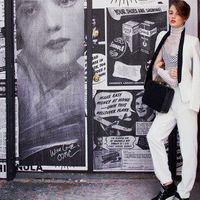 8 Not-so-Obvious Things to do in Amsterdam ... 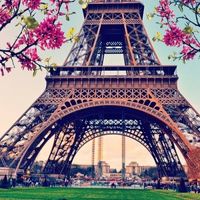 Bucket List Ideas Sights You Should See on Each Continent ... 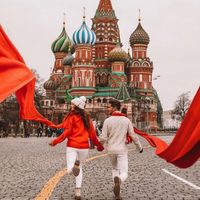 17 Fun Inspos for Your First Valentines Day Together ... 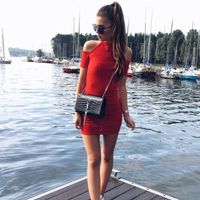 7 Brilliant Boardwalks to Strut Your Stuff This Summer ... 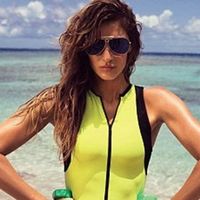 7 Quick Ways to Get Awesome Abs for a Vacation ...

Paris color riche smoky eye a twist ...
What to do when someone approaches you ...
How do you know if a boy likes you ...
How to answer is everything ok ...
What is vitamin c pills good for ...
How to save up for a car ...
What do selfish people do ...
My friend is always competing with me ...
How to know a friend is using you ...
Why does nail polish not stick to my nails ...