40 Roads Highways and Byways That Just Call to Be Driven ... 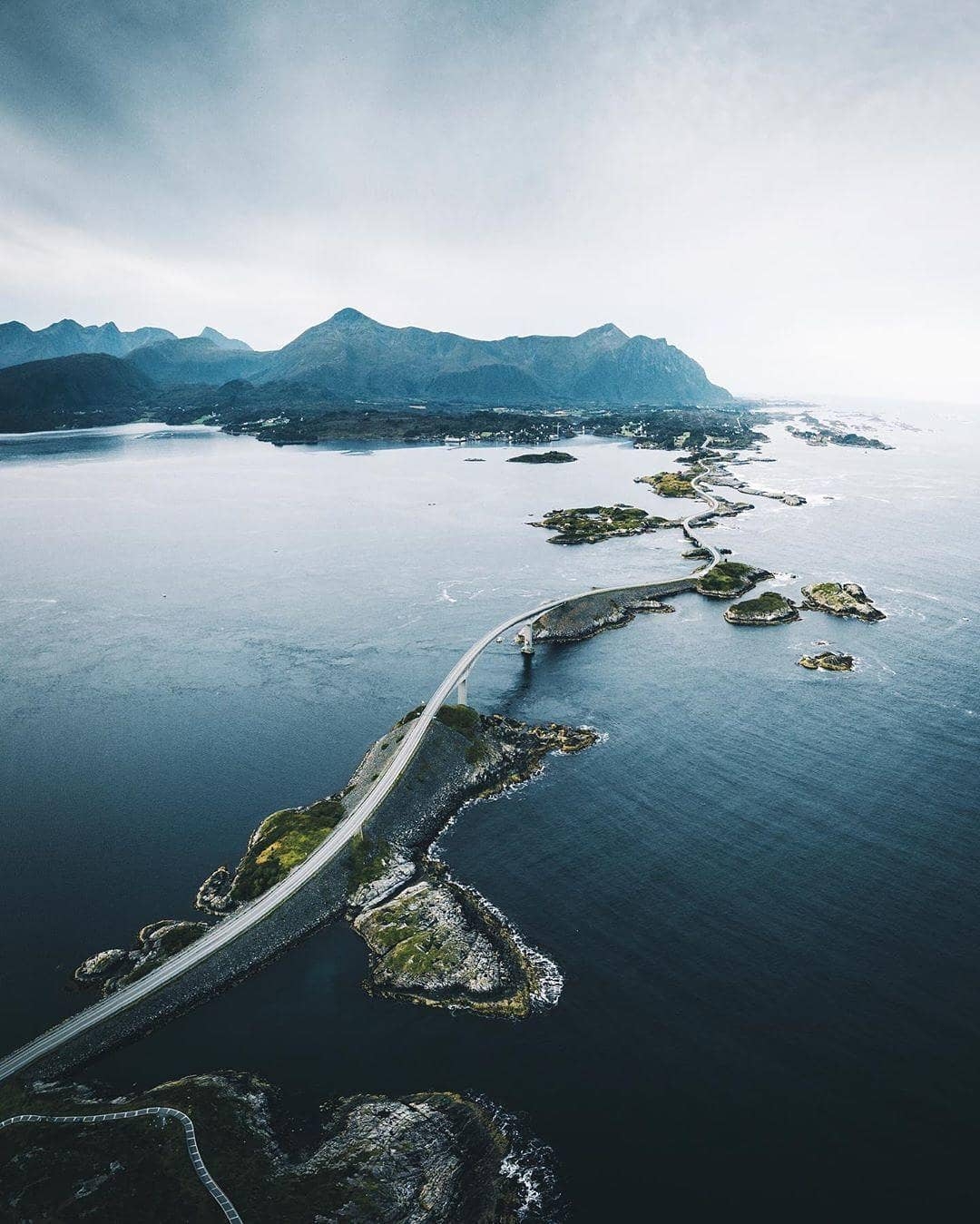 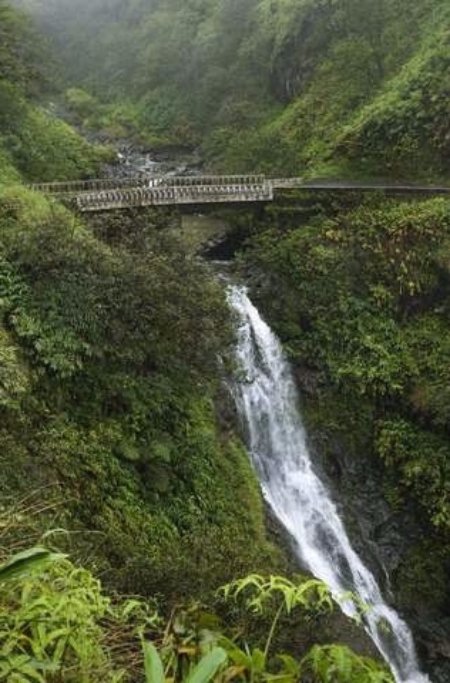 Source: Road Trip: Maui's Hana Coast ...
Roads, highways and byways that wind across the Hawaiian island of Maui are going to present stunning views. Especially like the ones seen on the long and winding road to Hana. 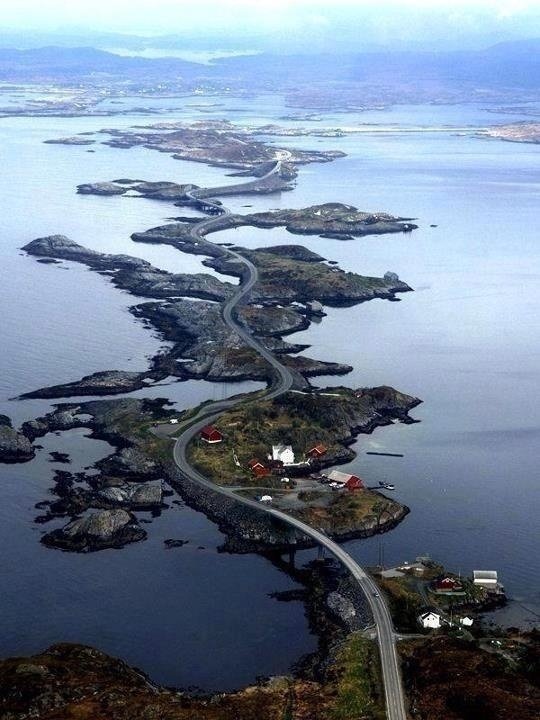 Source: The Most Spectacular Roads in ...
Wow! Can you imagine driving this with waves crashing around? It is the North Atlantic after all.

Source: U.S. 1, Florida Keys
There's something amazing about roads that go over the oceans. Nothing but concrete between your vehicle and the water.

Source: Travel Pinspiration - 8 Photos ...
A stunning drive among some of the world's tallest trees. 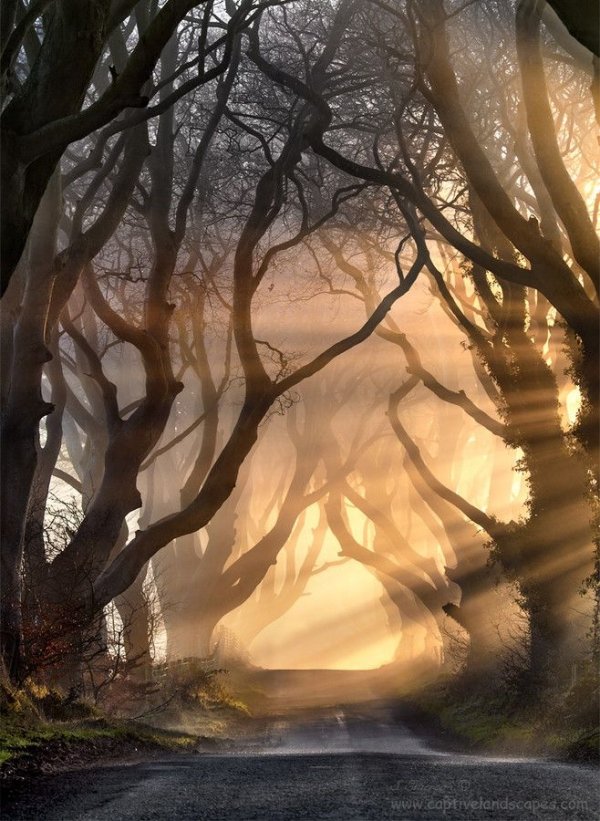 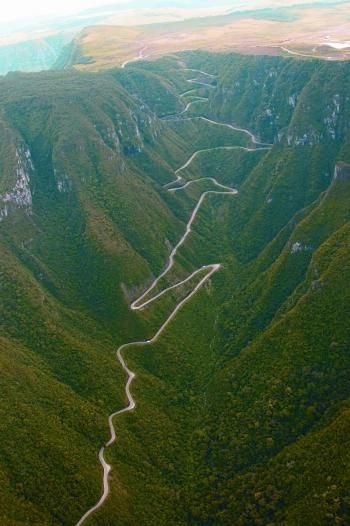 Source: Brazil Travel Beaches - Brazil ...
This road is characterized by steep climbs and hairpin bends and is fully illuminated at night.

Source: Hummingbird Ranch, Arizona Rental House, ...
Wouldn't you love to be driving along here in a Ferrari? 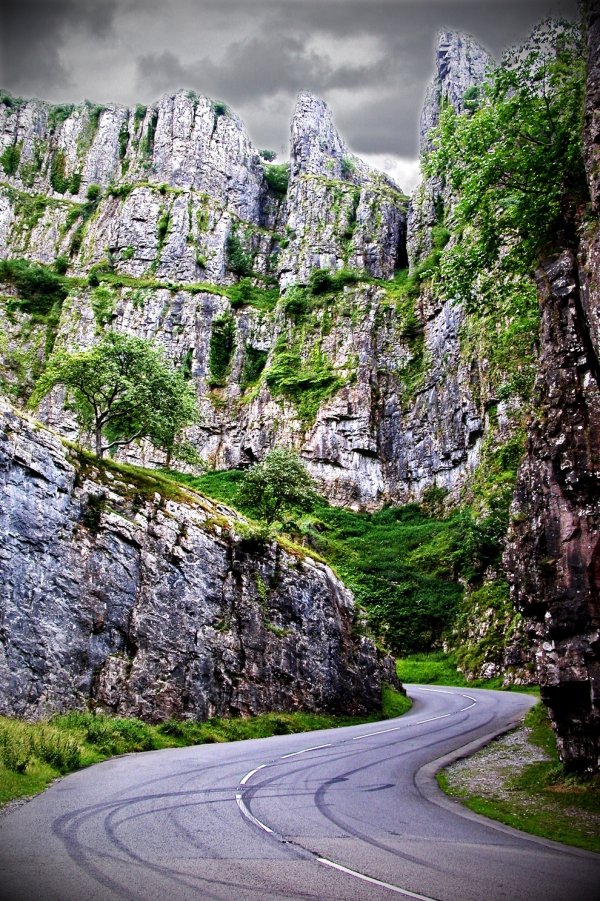 Source: 16 Places You'll Hardly Believe ...
The road winds through rocky cliffs that are home to an extensive cave system. 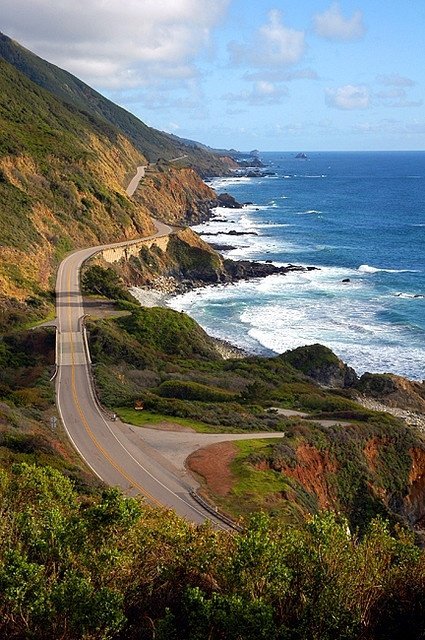 Isn't there something special about driving along a road with gorgeous scenery on one side and the ocean on the other?

Source: Thirty One of the World's ...
Driving this stretch of highway at speed could lead to some flying time - not to mention a queasy tummy! 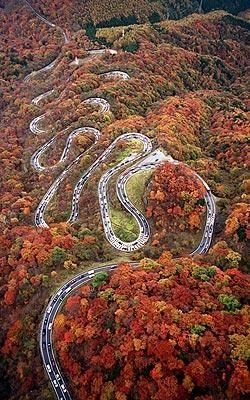 Source: Catching the colours of autumn
The colors make it look romantic. There are 48 curves to negotiate.

Source: Vetrarbrautin
You'd have to stop plenty of times en route because constantly looking up at the stars while driving is not good. 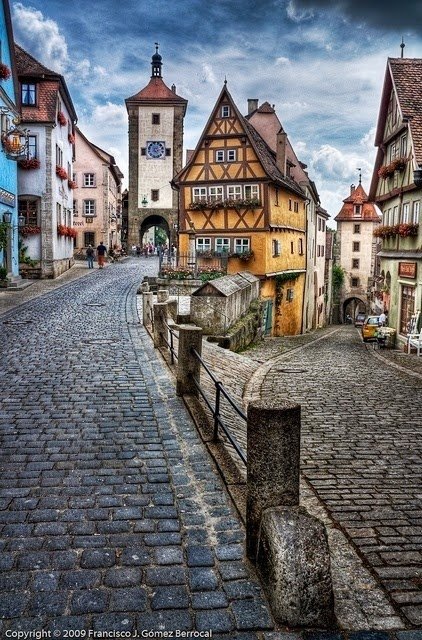 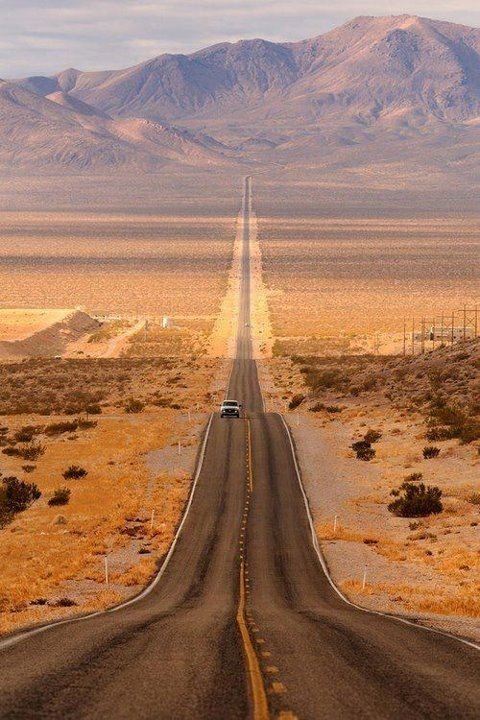 Source: 12 Stunning Photographs For Inspiration
Best not to stop - this is the hottest place on Earth!

Source: Route 66 Shield by Frank ...
The world's most famous road. 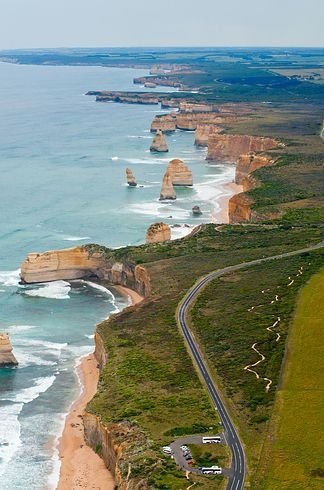 Source: 16 Spectacular Roads You Need ...
One of the most scenic and popular road trips in Australia.

Source: The world's most dangerous roads
This road twists and turns for 90km (56 miles) around the tallest of Romania's Carpathian mountains and features dozens of hairpins, tunnels and sharp descents. It was built in the Seventies during the rule of communist dictator Nicolae Ceausescu. Six million kilos of dynamite were used during its construction and at least 40 soldiers were killed.

Source: Amazing Places
The twisting roads of Tuscany lined with Cypress trees are as pretty as a picture.

Source: The world's most dangerous roads
It looks very scary but I bet the views are amazeballs.

Source: The Most Spectacular Roads in ...
I went up this road in a coach - when it was snowing and there was 3-4 feet of snow on either side of the road. 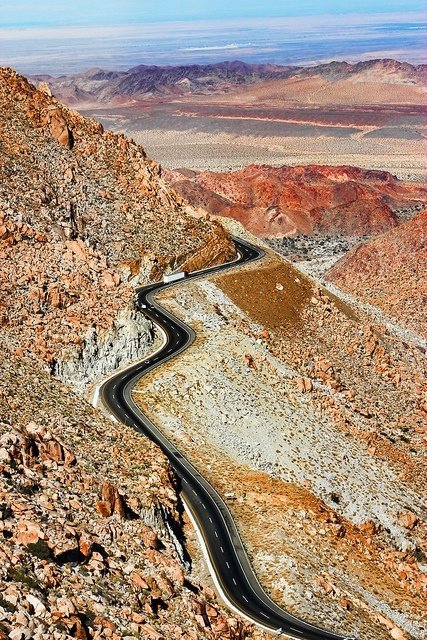 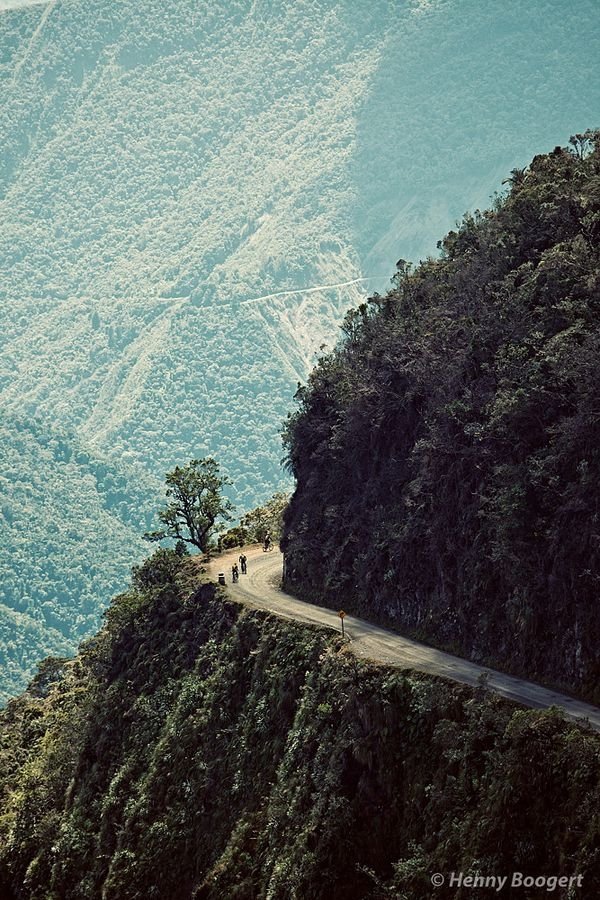 Commonly called the "Road of Death" 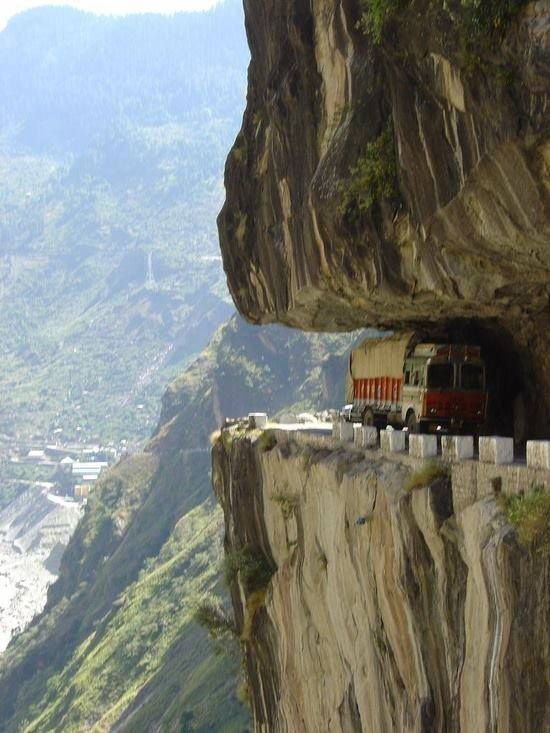 Source: Mountain roads & railways
The Karakoram Highway (KKH) is the highest paved international road in the world. It connects China and Pakistan across the Karakoram mountain range.

Source: Architecture Likes!
This amazing road traverses the Dades Gorge, a deep ravine located in the High Atlas, in the upper valley of the Dades river between the towns of Boumalne Dades and Msemrir. 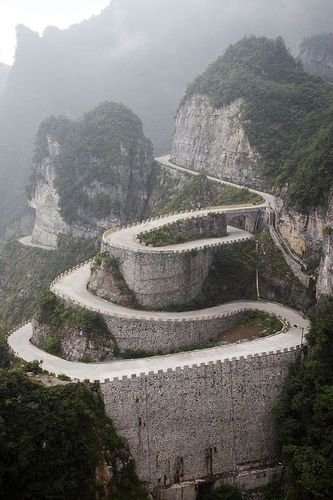 Source: Log in | Tumblr
Tian Men Shan Road, Hunan province, China, is 10km from end to end. It rises to 1300m above sea level from a low point of 200 meters. The scenery is spectacular, but if you devote too much time to looking at it, you'll soon find yourself hurtling down a mountainside.

Source: Passo Stelvio in 48 haarspeldbochten ...
At 2,758 meters above sea level, the Stelvio Pass is the second highest paved road in the Alps.

Source: World's Most Dangerous Roads: China's ...
OMG!
The village of Guoliang was isolated in a valley. In 1972 a group of villagers decided to carve a road into the side of the mountain. They raised money to purchase hammers and steel tools. Thirteen villagers began the project. The tunnel is 1.2 kilometers (0.75 mi) long, 5 meters (16 ft) tall and 4 meters (13 ft) wide. Some of the villagers died in accidents during construction. On 1 May 1977 the tunnel was opened to traffic. 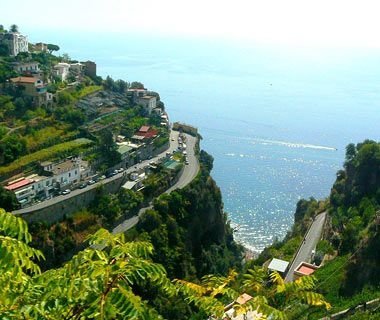 Source: The Amalfi Coast, Italy
See stunning views across the sea to the islands of Capri and Ischia. 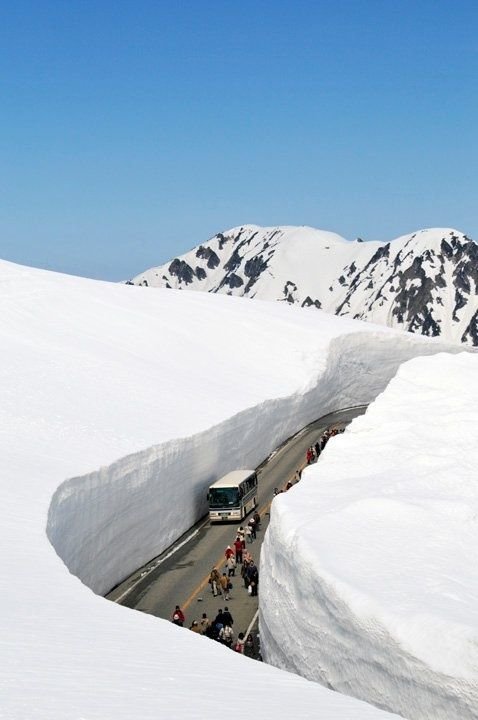 Source: Blue Pueblo
What an amazing drive this would be. The bus drives through snow wall between Bijodaira and Murodo in Tateyama, Japan. In April, the snow remover cars get the snow on the road off by using GPS with an accuracy of centimeter.

Source: Alaska
I guess this is the sort of highway that features in Ice Road Truckers. 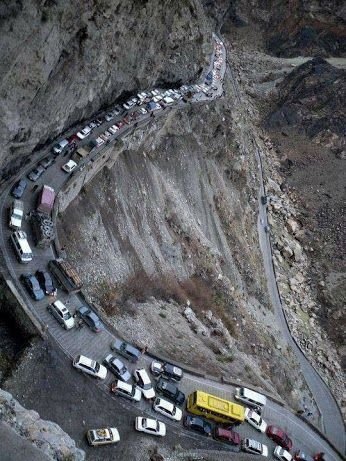 Source: DirectRooms - Google+
This must be one of the most dangerous roads in the world. Vertical drops, sharp turns and kamikaze drivers mean the highway "claims so many lives so regularly that most people stopped counting long ago". Not to mention the fact that this is Taliban territory. 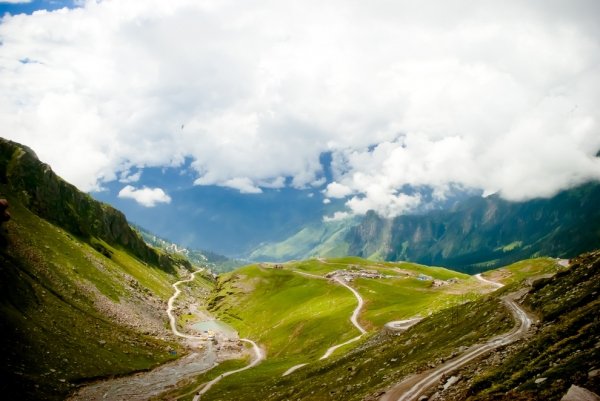 Source: 16 Spectacular Roads You Need ...
Of course it's going to be spectacular - it's the Himalayas. 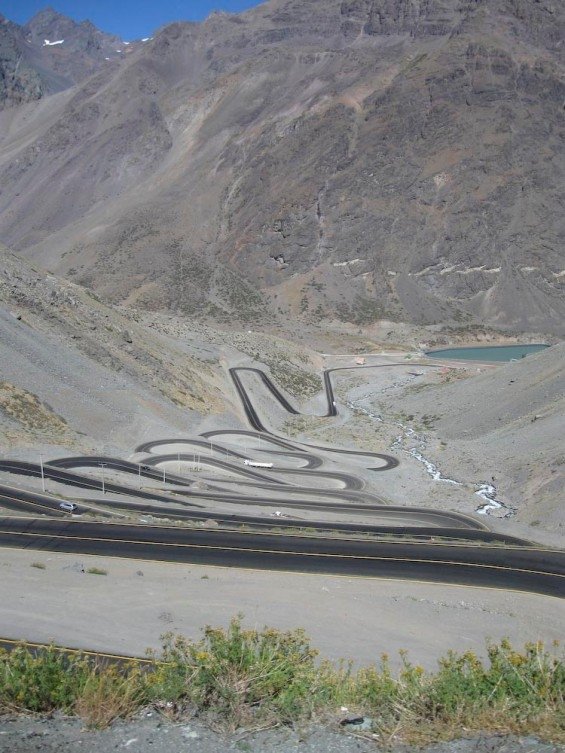 Source: The 15 Most DANGEROUS Roads ...
I love roads where you can see where you're going and where you have been. 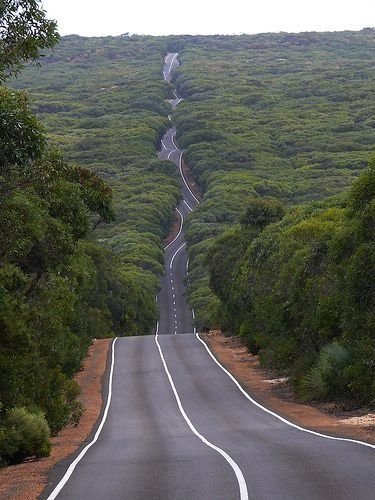 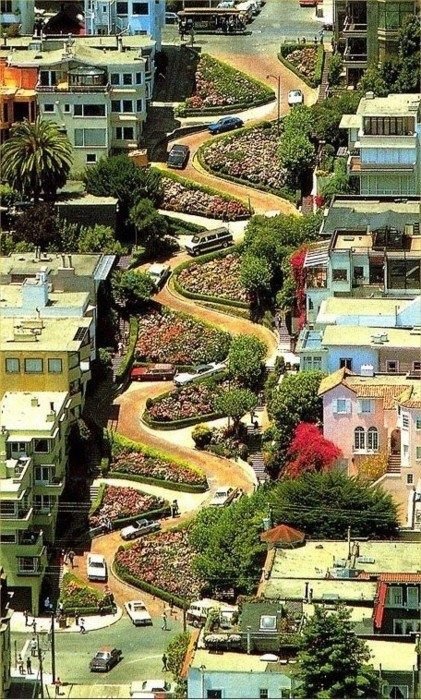 Source: Amazing Places - ElaKiri Community
There used to be a lot of streets like this in San Francisco, built primarily in the 1800's. Why? Imagine a horse drawn carriage going up or down a hill this steep? The curves allowed a much easier and controlled ascent or descent. This stretch of Lombard Street, along with Vermont, is one of the few which remain. 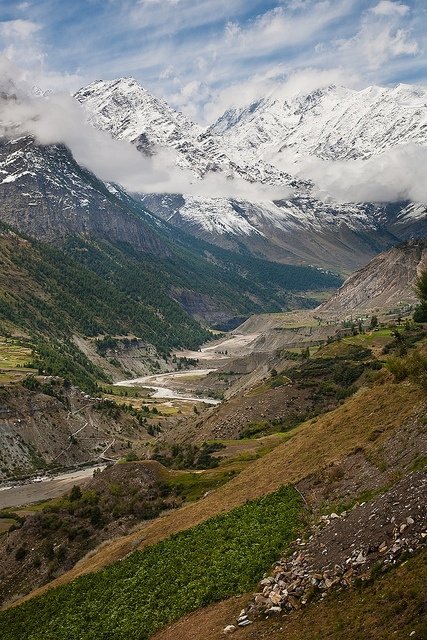 Source: All that's left
One of the most extraordinary roads in the world. It crosses five Himalayan mountain passes - with two over 5,000 meters above sea level. The Leh-Manali is located in northern India, and is only open for a few summer months when the Indian Army clears away the snow. By October, the snow closes the passes once again.

Road trips can offer some amazing experiences. Although, I'm not sure about driving some of the roads I've featured here - how about you?