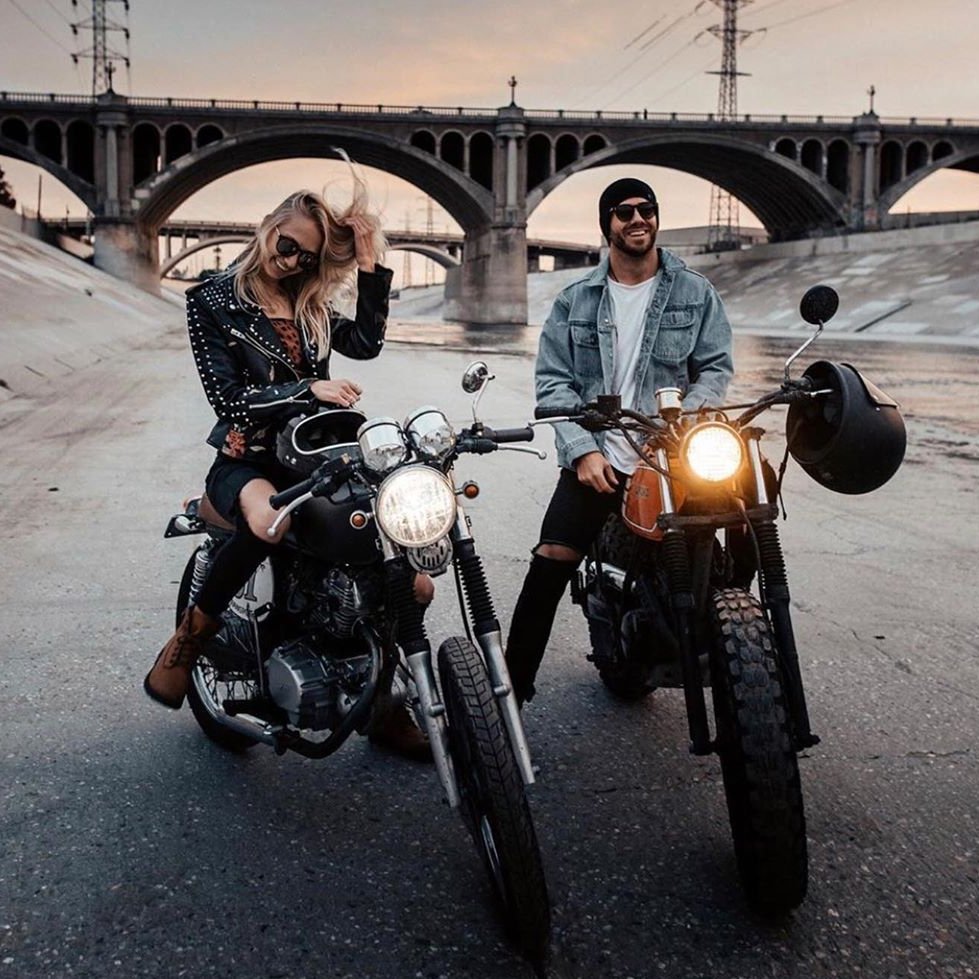 The Mother Road of USA, Route 66, was actually one of the original main highways built within the highway system of America. The 2448 mile highway was for the most part established in 1926; however the road signs didn’t go up on Route 66 until the following year, but many more years until it was actually paved in places.

Many changes occurred throughout the 50 years that Route 66 served its loyal travelers and is now fondly referred to as the Historic Route 66, as it was replaced completely by the loud and proud Interstate Highway System. For those still wanting to travel the original Route 66 and experience some of the magic the old Route still has to offer, here are 10 Fascinating and Intriguing Stops on Route 66.

Originally a field filled with wheat, now home to a surreal, desert landscape. The Cadillac Ranch is clearly visible from the old Route 66 highway, and is an eccentric collection of old, or barely running Cadillac’s, all made between the years 1949 to 1963.

The Cadillac’s are all planted nose down in the sand, all at an angle. Visitors are encouraged to become graffiti artists and trespassers, as they are invited to enter the private property, spray can in hand, and continue to redecorate the Cadillac’s, all year round.

The legendary Ted Drewe’s Frozen Custard has been serving the ultimate frozen dessert in the same building on Route 66, since the 1930’s. Customers line up in their droves to buy their favorite custard treats from the walk-up serving windows, where visitors and local’s lines stretch far down the street, as the humidity bears down unforgivingly in the summer. Toted as a St. Louis staple, the institution of the Frozen Custard brings visitors from all over the state to experience the mouth watering Frozen Custard menu.

Starting out life as an old school bus, The Polka Dot Drive In has evolved over the 50 years it has been serving burgers and fries out of its school bus kitchen, into a classy and authentic 50’s diner on the Historic Route 66. Visitors have the opportunity to graze on some of Illinois finest diner style grub, and are able to pose with one of the life size replicas of Marilyn Monroe, James Dean or Elvis, whilst taking a nostalgic trip back in time.

A real live vintage trading post along the Historic Route 66, just past Winslow Arizona and situated right next to a big meteor crater formed about 50,000 years ago or so. Although not really a city and just a souvenir stop, Meteor City trading post is home to the largest dream catcher on the globe and a 4000ft wide meteor crater. Going strong since it first opened for business in 1938, Meteor City has seen and experienced a lot through the ebb and flow and infrastructure developments all along Route 66, along with the changing of ownership throughout the years.

The legendary Russell Soulsby filling station, one of the most remarkably preserved locations, not matched anywhere on Route 66. Built by Henry Soulsby in 1926, he and other members of the family continued to maintain and run this bustling family business for some epic 65 years. Closed down as a filling station by the EPA during 1991, because of gas regulations, this magnificent tribute to a family’s sheer determination and love for what they did, has found a permanent home on the national register.

Built as a surprise anniversary gift to his wife Zelda in the 1970’s, Hugh Davis pulled out all the stops in making this present practically unbeatable by any other husband in all of Oklahoma, never mind Route 66. Originally spring fed and complete with spring boards and slides, the pool was just intended as a private family haven; Davis ended up adding a picnic area two years later and opened it to the public.

Originally built as a second home to some of the world’s most iconic Hollywood names in history, the El Rancho Motel on the Historic Route 66, is a tribute to the elegance and romance of Hollywood Movie Stars of the 1930’s. The glamorous neon lights and rustic western outback style buildings made is a favorite among film stars, many of whom stayed months at a time, filming in locations far away from home.

The brainchild of millionaire George L. Coleman, The Coleman Theatre was an entertainment marvel during its heyday, after its completion in 1929. Audiences travelled far and wide to have a chance to experience top entertainers such as Tom Mix and Sally Rand. Eventually the family donated it to the city, and it has been painstakingly restored to its former glory.

If you have began your Route 66 journey on an empty stomach then you absolutely must stop in at one of the busiest and most popular eateries alongside the Mother Road. Feeding and watering hungry travellers was the name of the game during its glory days, and not much has changed. Glorious food, bustling ambience all under the previously frozen roof used for ice skating exhibitions all those years ago.

Kerbside attractions were a sign of the times during the early 50’s and right through the 60’s, and The Deer Farm in Arizona, is one of the most beautifully preserved tourist attractions on Route 66 still standing today. Home to the Kaibab National Forest and of course deer, axis deer, reindeer and even wallabies, the onsite petting zoo will have the deer literally eating out of the palm of your hand.

Taking a drive along this historic route must now surely be at the top of the list for anyone who loves road trips. It’s not just the Fascinating and Intriguing Stops on Route 66 that make it such an enticing proposition – the scenery and the towns you pass through all add to the experience. Are you ready to get your kicks on Route 66?