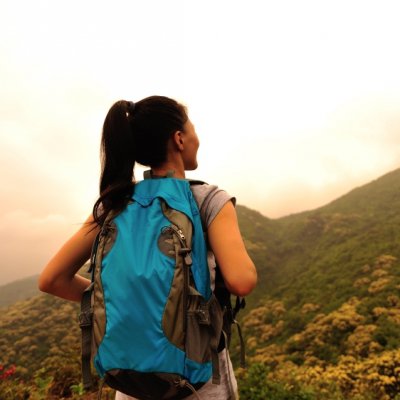 There's nothing remarkable today about women traveling all over the world, but in the past most explorers were men. However, there were some remarkable women who defied convention and social expectations, and traveled around the world exploring. So who were these pioneers of travel? Here are some of the fascinating and adventurous female travelers of the past …

19th-century traveler Isabella Bird may not seem to be the kind of person who'd be bitten by the travel bug, as she was in poor health even in her youth. But when a doctor recommended that she travel to improve her health, Isabella set off on the first of many adventures aged 40. She traveled to India, China, America, Australia and many other countries, and was the first female member of the Royal Geographical Society.

Female travelers in fiction often disguised themselves as men in order to travel safely. Jeanne Baret holds the distinction of being the first woman to circumnavigate the globe, traveling with a botanical expedition in the 18th century. It seems that Jeanne disguised herself as a man so that she could accompany her husband on the trip. Her daring is commemorated with a plant being named after her.

Wealthy aristocratic women had the financial means to travel, and Lady Hester Stanhope was both wealthy and well-connected. She spent much of her life in the Middle East. Lady Hester's adventurous nature led her to travel through deserts and mount an archaeological expedition. She had a great deal of influence in the region and was admired by many people.

This Dutch explorer also came from a wealthy background which facilitated her desire to travel. As the first European woman to try the feat of crossing the Sahara, she deserves a place among the adventurous women of the past. Sadly her adventurousness ended in her murder, but thanks to her expeditions many new plants and other specimens were collected.

If blogging had been invented by 1894, you can be sure Annie Londonderry would have started an interesting blog. She was the first woman to cycle round the world. Annie set herself the goal of completing her trip in 15 months, and she did just that. If she could manage such a trip on her own, at a time when women rarely traveled (much less alone), then you can achieve your goals as well!

If you ever think that it's too late for you to achieve your goals, look at the example of women like Ida Pfeiffer. Her ambitions to travel were thwarted in her youth, but once her children were grown up she packed her bags and set off, twice traveling around the world.

Amy Johnson and Amelia Earheart may be the best-known female pilots, but Jean Batten actually beat Amy's record for flying solo from England to Australia. Jean was also the first woman to make the return flight, and set a number of other records as well.

It may have been more difficult for women to travel in the past, but these intrepid women didn't let their gender or the expectations of society stop them. And thanks to them we have many accounts of then unfamiliar countries and cultures. Which women of the past inspire you?