19 Amazing Places Where You Can Learn to Surf ... 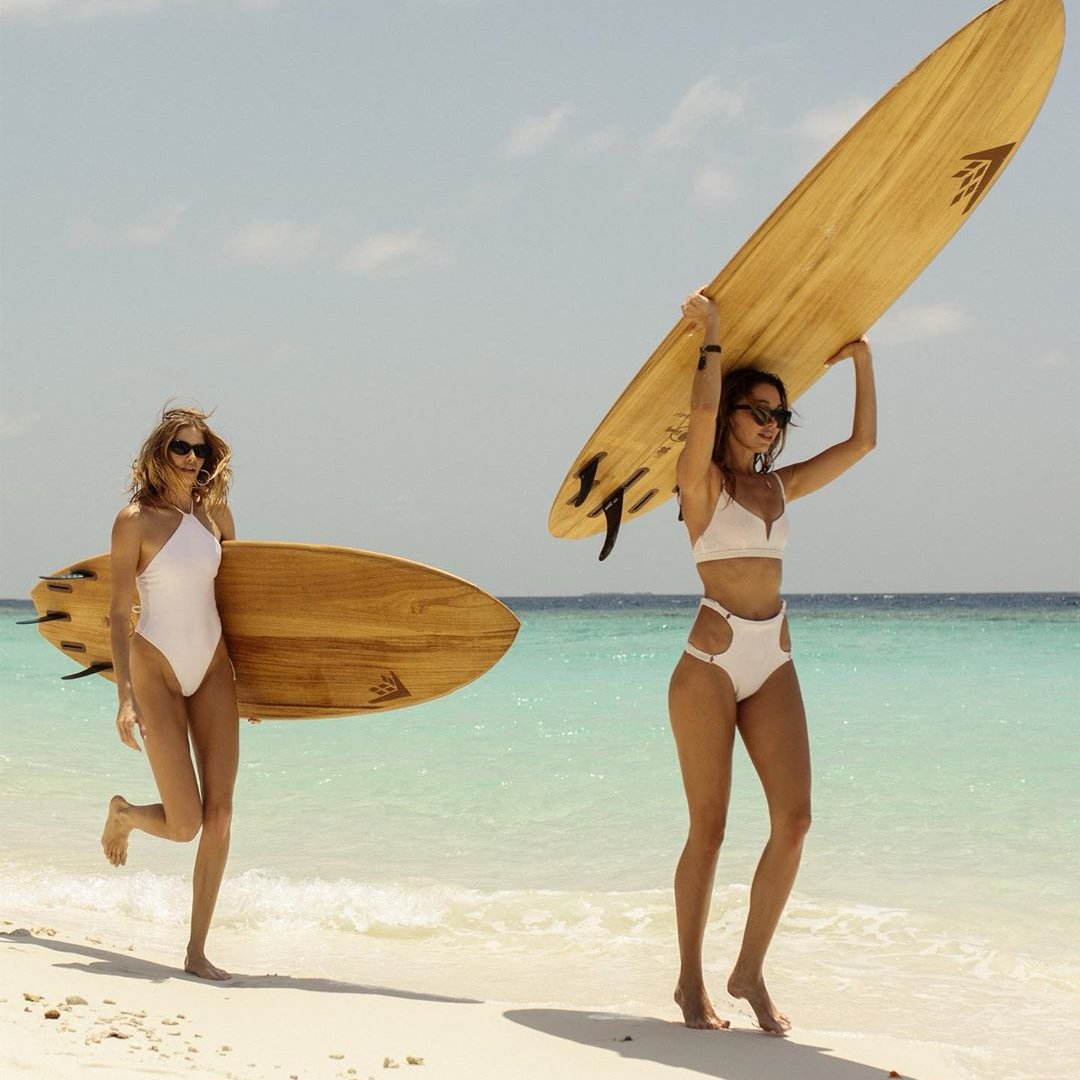 Surfing is a fabulous way to enjoy the water. If you’re a board virgin there are thousands of surf schools around the world in beautiful locations where the conditions are ideal for novices.

Although some of the best surf spots are getting quite crowded now, this beautiful country still has plenty of places where newbies have a chance to learn to surf without being shoved out of the way by more advanced surfers. Places to learn to surf include the town of Nosara where easily accessible beaches are within a short walk of affordable accommodation. On days when you don't fancy surfing, you can join excursions to the Ostional Wildlife Refuge, a great place for olive Ridley and Leatherback turtle watching.
Suggested school safarisurfschool.com

Sennen is a gorgeously craggy cove at the tip of the West Country, where the swell is pretty consistent throughout the year.
Suggested school surf-station.com

Away from famous Bondi Beach, there are plenty of places to learn to surf without getting in the way of other water sports enthusiasts. The sandbars of Noosa Heads in Queensland is a great place for newbies to learn how to surf.
Suggested school learntosurf.com.au

Brimming with places where you can hire long boards and get a beach massage afterwards, Kuta Beach also offers beginners a chance to learn from former World Masters champion Cheyne Horan, who's set up a school here.
Suggested school ripcurlschoolofsurf.com

Famous in equal measure for its shark population and amazing swell, Jeffrey's Bay on South Africa's Transkei Wild Coast is a great place to learn how to surf for those not afraid to catch a glimpse of the infamous fins. Learn at Cintsa beaches, where dolphins keep the sharks away.
Suggested school ahj.co.za

Stay clear of Oahu's North Shore, where champion surfers show off their skills at the Pipeline, one of the planet's most powerful waves. Kelea Surf Spa is just right for beginners, offering gentle waves at Laniakea Beach, after-surf snorkeling, hiking, massages and rounding off your day with gourmet meals.
Suggested school keleasurfspa.com

Lanzarote is located off the north African coast and a great place to learn to surf where the island boasts sandy beaches, namely Playa de Famarawhere it sits among spectacular volcanic scenery.
Suggested school surfschoolanzarote.com

A small hippy-colony for surfers since the start of the 1970s, Taghazout provides gals starting out in the surf world with easily accessible beach breaks just a short walk from the town. There are numerous schools here, but if you aim for early autumn, the weather will be warmer, waves less tall and beaches less busy.
Suggested school surftaghazout.com

It seems as if surfing is a way of life in San Diego so places to learn your board skills are plentiful. SD has waves and breaks on beautiful beaches and surf’s up all year round. Wait till you can stand up and then go night surfing at Mission Beach.
Suggested school wbsurfing.com

As one of Thailand's most accessible surfing destinations, Phuket offers not just great beaches for snorkeling and relaxing, but an amazing nightlife and fabulous resorts at affordable prices.
Suggested school surfcamp-thailand.com

The beautiful coastline of Portugal offers plenty of world-class destinations and at Peniche Peninsula, a strip of ca. 15 km length, all levels of surfers will find a perfect swell and good wind conditions. There are several surf schools to choose from, taking beginners and more advanced surfers to different spots every day.
Suggested school balealsurfcamp.com

Mellow waves and regular swells in summer and warm waters on most of Japan's beaches make this a great location for beginners. There are many safe surf spots around Tokyo and Yokohama, with Chiba and Shonan offering perfect beginners' conditions.
Suggested school shonansurf.wix.com

Accessible via cheap flights from Cebu and Manila, Siargao Island's famous Cloud 9 is renowned for thick hollow tube waves, the annual Siargao Cup surfing competition and one of the best breaks in South East Asia. It's also amazingly cheap, offering beginners tuition for less than $10 per hour plus $10 to rent a board for a whole day.
Suggested school kermitsiargao.com

It's a great all-round location, for beginners as well as more advanced surf levels. The gradual slope of its sandy ocean floor means waves break gently further offshore, and are consistent for beginners' practice, no matter what the ocean conditions are otherwise. Close to tourist attractions and amenities such as Venice Beach, Santa Monica Pier and Third Street Promenade, surf schools offer plenty of choice tuition-wise and a fabulous place for after-surf socializing.
Suggested school learntosurfla.com

Situated on the east coast of the North Island of New Zealand, Gisborne is the perfect place to learn to surf. Reliable first-rate surf conditions, no matter what the weather is like, and great schools make this a great place for beginners. Waikanae Beach gets the main throng of the surf crowd beginners, with lifeguards on hand at all times.
Suggested school gisbornesurfschool.co.nz

The southernmost tip of Spain, just 11 miles from Africa, Tarifa benefits from fabulous winds which attract the kitesurfing crowd. Boarders are welcome too.
Suggested school surfcentertarifa.com

If you want to learn to surf in an idyllic tropical setting, head to Inch Marlowe. All year round is a good time and there’s plenty of opportunity to top up your tan.
Suggested school zedssurftravel.com

Learn to surf at one of the most beautiful beaches in North Salvador? Yes please. Get familiar with your board among lagoons, palm trees, golden sands and of course green-blue sea.
Suggested school wavepals.com

One of the newest spots to learn surfing in Europe it is still fairly quiet. The County Donegal coast is rugged and beautiful and the breaks vary from beach to beach.

I have terrible balance and surfing is just something beyond me. Is it something you want to try?