Girls Guide to Travel and Luxury for Less Cost ... 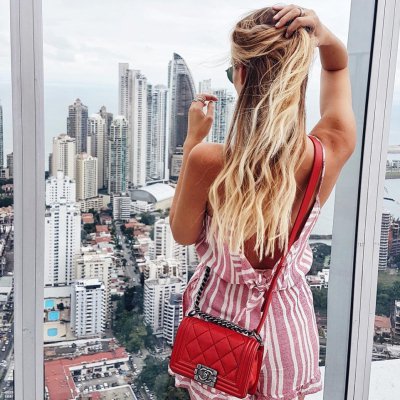 If you’re sticking to a budget for vacations, luxury is usually not top priority. But you can find a little luxury without an extravagant price tag if you know where to go and where to find it. Those nice people over at Lonely Planet came up with some great ideas.

I bet the thought of a safari in Africa has always been off the table because of the cost, right? Well you don’t need to worry about that if you make the decision to venture to the continent between March and June or October and December. Classed as ‘low season’, there will still be plenty of animals to see and sunsets to experience, and the best part is that you can get these packages for up to 40% off high season rates!

Compared to Michelin starred restaurants in other countries around the world, Hong Kong boasts a lot of them, and even better, at a much cheaper price than you would find in London, New York, Paris and the rest! Hong Kong is home to the world’s cheapest Michelin star establishment, chef Mak Kwai Pui’s Tim Ho Wan.

One of the best luxury experiences for affordable prices right now is to treat yourself to a naturally heated pool experience in the magical country of Iceland. The best-known spot is the Blue Lagoon in Reykjavik, but a cheaper alternative is on Nautholsvik where you can chill in a hot tub during the summer for free! And in the winter when the warm is much appreciated, it’s still only 500Ikr compared to 5400Ikr at the Blue Lagoon!

You can get all of the amazing VIP perks of Las Vegas nightlife for absolutely NOTHING if you sign up for a Free Vegas Club Pass before you go. The pass gets you access to the best locations and you might even be lucky enough to bag some free drinks and goodies along the way too!

Saunas might be luxury in other places around the world, but in their homeland of Sweden, they are pretty much a way of life. In fact, they are so normal that they are built in to most hotels and apartments, so even a mid-range holiday package in Sweden will provide with some of the luxuries that you would only get by spending the big bucks in the United States.

They might look like something out of a Disney movie, but castles are pretty common in Germany! One such romantic castle that travelers can spend the night in is Burg Stahleck in Western Germany, a 12th century building that offers family friendly accommodation at great prices. You don’t have to tell friends and family how much it cost, just show them the photos when you get home!

Cocktails are the epitome of sophistication, but can also be the epitome of expensive! Not so at BYOC, a bare brick cellar in London where you pay an admission fee, take along a bottle of choice, and are greeted by your own personal mixologist to make your amazing cocktails until the booze runs out!

Nobody does a traditional spa quite like the Moroccans, and with so many different establishments competing for your custom, if you shop around the hot spots enough you will be sure to be offered a price that is almost too good to be true! Remember to always respect the custom and have a small tip ready to hand over at the end.

Quality perfumes can cost an arm and a leg, especially bespoke scents, but this is not the case if you go to the French Riviera! Along the cobbled alleys of Grasse you will find merchants selling wonderful perfumes that you will not be able to find anywhere else in the world, and buying perfume from the source means one great thing - rock-bottom prices!

What is the epitome of vacation luxury for you? Would you prefer to spend money on a swanky hotel room or on treats?