7 Captivating Things to do in the Cayman Islands ... 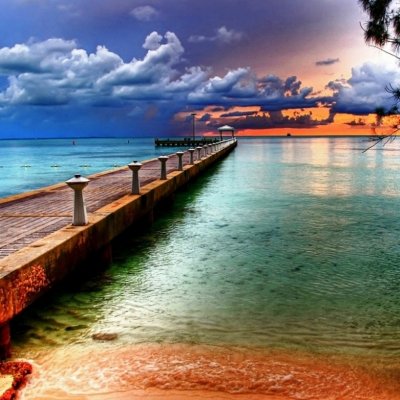 One of the most popular things to do in the Cayman Islands is scuba diving and snorkeling because there is such an array of interesting things to see. Crystal clear waters and 120 feet of underwater visibility along with abundant coral reefs, marine animals, and intriguing rock formations invite people from all over the world to these waters. There are a number of shipwrecks to see-like the Kittiwake Navy Submarine Vessel that was involved in the recovery of the Challenger Space Shuttle, and is now sunk and serving as an artificial reef. Other shipwrecks, like the MV Captain Keith Tibbetts and the Oro Verde, are popular spots. Some dive companies offer underwater tours.

The most popular beach in the Caymans is Seven Mile Beach, a crescent shaped beach lined with resorts, shopping, restaurants, a playground, restrooms and showers. However, if you’re not into the crowds, there are plenty of other options, like Rum Point or Port O’ Sand. If you’d like isolation and the feeling of being on a deserted island, try Owen’s Island, a private island accessible by row boat, kayak, or if you’re ambitious, a 200 yard swim.

Animal lovers have plenty to see in the Caymans. By far the most popular attraction is Stingray City, a place you can go to swim with, pet, and feed 30-50 stingrays in their natural habitat. The Cayman Turtle Farm features over 11,000 Green Sea Turtles that range in size from a few ounces to hundreds of pounds, as well as other marine life. Animal lovers will delight in swimming or snorkeling with fish and sea life in its salt-water lagoon, or interact with urchins, starfish and crabs in the touch pool. The Booby Pond Nature Reserve has a colony of Red-Footed Boobies, which may represent a third of the Atlantic/Caribbean population.

The oldest building on the islands is called the Pedro St James, or the Pedro Castle. Built in 1780, the house was constructed of quarried native rock, and is historically significant as the seat of democracy for the Cayman Islands. There are other interesting buildings on the site, such as the Steadman Bodden House, a restored 100-year-old wattle and daub dwelling. The 19th-century plantation is now restored with gardens and stunning views of the Caribbean and is one of the most popular attractions of the Cayman Islands.

This 2.3 mile self-guided walk takes you through an ancient dry forest with palms, mahogany trees, and mastic trees (for which the trail was named) as well as a mangrove swamp. With the largest untouched, oldest forest remaining on the island, it attracts tourists and locals alike. It’s not a loop trail - you walk in 2.3 miles and walk out 2.3 miles unless you have arranged for someone to pick you up on the other end of the trail. Dogs are not allowed on the trail, and there are no restrooms.

This 65-acre garden features lovely tropical flora such as succulents, lilies, and orchids. A restored traditional, 3-room wooden cottage with a zinc roof was moved from its original location to the park, and visitors can view a traditional Cayman sand garden. An ornate white gazebo is the centerpiece of the floral garden, and is one of the most popular places in the Cayman Islands for weddings. It overlooks a pond filled with water lilies and a two-acre lake. The lake, originally a swamp, is only 3 feet deep and has a few small islands that are ideal for bird breeding. The park is also the home to the Blue Iguana captive breeding program. Blue iguanas are an endangered species found only in the Cayman Islands.

Take in the views underwater without getting wet. From the spacious Atlantis submarine, see the Grand Cayman Water Park to depths of 100 feet from within its comfortable air-conditioned cabin. Night tours are also available, where you can see marine life that only emerges after twilight. Want to stay above ground? Try riding the Jolly Roger, a working replica of the Niña, one of the ships accompanying Christopher Columbus in his discovery of the New World. Several types of cruises are available, from a 2-hour day cruise to an evening dinner cruise.

I’m persuaded by the things to do in the Cayman Islands. How about you – can you see yourself enjoying this beautiful Caribbean destination?