Every year I look forward to my Christmas market visit. Unfortunately, this year, I am restricted to the UK but I know it will still be fabulous because there really is something special about Christmas markets. They’re a big tradition in Europe and there are some huge ones. The German markets are particularly spectacular. However, if you’re in or heading to Europe, some lesser-known Christmas markets are definitely worth checking out.

This year Riga celebrates the 10th anniversary of the Old Town Christmas Fair, which should be a jolly festive occasion for all those who love delicious smoked salmon, handmade jewelry and enjoy attending creative workshops that will enable them to become a future artisan at the fair.

Although only hosted for a few days, this is Romania's most vibrant Christmas market, located in the town's Grand Square, where the most gorgeous Baroque architecture provides the backdrop to stalls selling everything from roasted almonds and toffee apples to handmade presents. Decorated with more fairy lights than the Coca Cola truck, Sibui's market is a sight to behold at night. 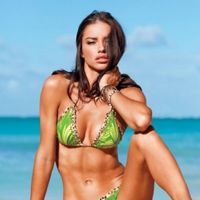 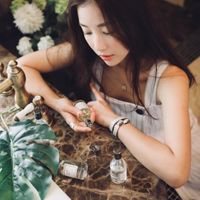 Estonia's famous Christmas tree rises up in the centre of the Town Hall Square, surrounded by a market that has everything a winter wonderland should boast: great food and drink stalls, fabulous handmade goods, a petting zoo for little visitors, dance groups, live music and real snowflakes settling on visitors' woolly hats. Magical stuff!

Historic Trier, with its Roman baths and stunning surroundings, is often overlooked on the bulging Christmas market calendar Germany has to offer, but it's actually one of the most magical settings. Trier is one of the oldest cities in Germany. It was already on the tourist map when ancient Romans debated what to get their kids for Christmas.

St. Nicholas Fayre in York is a free Yorkshire Winter Wonderland for all, stretching for several streets starting from the famous York Minster. A veritable cacophony of carol singers, buskers and street performers greets visitors and there are large numbers of craftsmen offering not only their wares but demonstrations on how the stuff was made in the first place. At York's beautiful medieval townhouse, Barley Hall on Parliament Street, a special market is held. Here costumed traders create a magical atmosphere that allows visitors a step back in time. At St. William's College visitors can indulge in a large number of arty and crafty things, while the Christmas chocolate making at York Cocoa House is so popular, one needs to book ahead to get in.

This Christmas market will particularly appeal to troglodytes, as it's hosted in a series of caves beneath Castle Valkenburg. No seriously though. It's about as fairytale as it gets! The market doesn't just have the usual stalls full of yuletide cheer. There are sculptures and murals to be admired. Be sure to step into the 18th century, a little gem.

Liège boasts one of the oldest markets in Belgium and although it looks vaguely German in appearance, it boasts a uniquely Belgium ambience, where skating, eating, drinking and general merry-making are putting smiles on every visitor's face, no matter what their age or background is.

Bolzano's Christmas market runs far longer than most Italian - indeed most European - markets do, but it is such a winter wonderland setting, the town council can be forgiven for wanting to prolong this tourist gem for as long as possible. Steeped in tradition with a focus on family, the market is truly magical, offering families puppet theatres, trips in horse-drawn carriages, miniature trains and delicious sweet nothings that transport one back to childhood in an instant.

When? Late November to 23rd December

Cardiff in South Wales boasts two distinctive Christmas market areas, one is located directly in the city centre in the Hayes, Trinity Street, Working Street and St John's Street, while Cardiff Winter Wonderland and Alpine Village, including thrilling rides and ice rink, are located in a park outside the massive City Hall. Now more than 20 years old, the market offers handmade goods and specialties not from stalls but from German-style wooden "chalets". Everything is genuinely handmade and Welsh, except for the German sausages. The Christmas lights are typically switched on by some TV star relevant to Welsh life...Doctor Who's David Tennant for example (Doctor Who is filed in Cardiff). Even reindeer make an appearance and kids will find a Santa's grotto in the pedestrian zone in Queen Street caters for most of their dreams.

Talking of Christmas overkill, Innsbruck offers visitors no fewer than six markets to choose from. How many sugar-coated roasted almonds can one person possibly consume? The most magical is perhaps located at the Old Town market place, surrounded by medieval facades and overlooked by snow-capped peaks. At the Wiltener Platzl market you can find great arts and crafts presents for folks left at home.

Apart from the delicious and justly famous Aachen Printen, a type of gingerbread biscuit, there are spicy sausages and Glühwein (mulled wine) that must be sampled, potato fritters, Christmas cake with marzipan and let's not forget Curry Wurst, the national dish, that must be tried to be believed.

When? 4th December to 22nd December

Helsinki's market can get really crowded and rather touristy, so if you want a slice of traditional yuletide magic from Finland, try Tampere. After a few glasses of traditional glöggi, the Finnish version of mulled wine heated to perfection, your toes will defrost and you'll want to dance around the ice sculptures with the folk dancers present to perform their colorful stuff. A multitude of stalls sell traditional crafts, so it’s a great place to pick up usual presents.

When? 20th November to 24th December

Stretching for 150 illuminated chalets from central Montreux to the Lake Geneva waterfront, the market receives more than 500,000 visitors every year, so can get a little crowded. The setting is stunning though and makes up for a little pushing and shoving at the mulled wine stalls.

Proud to be Slovakian and not a carbon copy of somebody else's idea of Christmas, Bratislava's Christmas market sits snugly in the historic town centre and offers visitors a slice of strudel and European history that's as tasty as it's magical. Traditional Slovakian food, crafts and gifts are on offer for determined shoppers.

The charming village of Colmar in the Alsace region of France is a lovely place to visit at any time of the year, but at Christmas time it really takes your breath away. Fairy lights illuminate ancient half-timbered houses and the scent of delicious food and mulled wine fills the nostrils. Ah, this is what winter wonderland should look like!

Located not far from Lake Garda, the medieval market town of Arco manages to provide a blend of Nordic tradition with local culture, where kids are whisked off on a special Christmas train to see the animals at a petting zoo and grown-ups can eat their way through a multitude of local delicatessen while listening to carols sung under Norwegian pines.

When? 13th November to 6th January

Two outdoor stages and chalet-style wooden stalls seem to spring up overnight like mushrooms in some of Budapest's loveliest spots, such as Vörösmarty Square, Basilica Budapest, and District V for example. Mulled wine, cinnamon and fir trees, traditional honey cakes and cookies, they all add to the rich aroma wafting through Budapest at this time of year. Free concerts, fairy lights galore and thousands of gifts sold at stalls vie for attention. Watch out for the festive laser shows on Cafe Gerbeaud's facade, a highlight of the Christmas fair.

I always know Christmas is on its way when I start writing about Christmas markets. I’m going to Bath this year, and may find time to squeeze in a visit to Lincoln too (a great market with a truly Dickensian feel). Do you have plans?

Why are walnuts good for your heart ...
It's just food tv show recipes ...
The rock is overrated ...
Best colour to show off a tan ...
Is an almond a peanut ...
What are the most significant memories of your childhood and how have they shaped you as a person ...
What is maca capsules used for ...
Whats maca powder ...
Reading is a useful hobby essay ...
What can i do when i am 18 ...