The Best Places to Pay a Visit to Santa ... 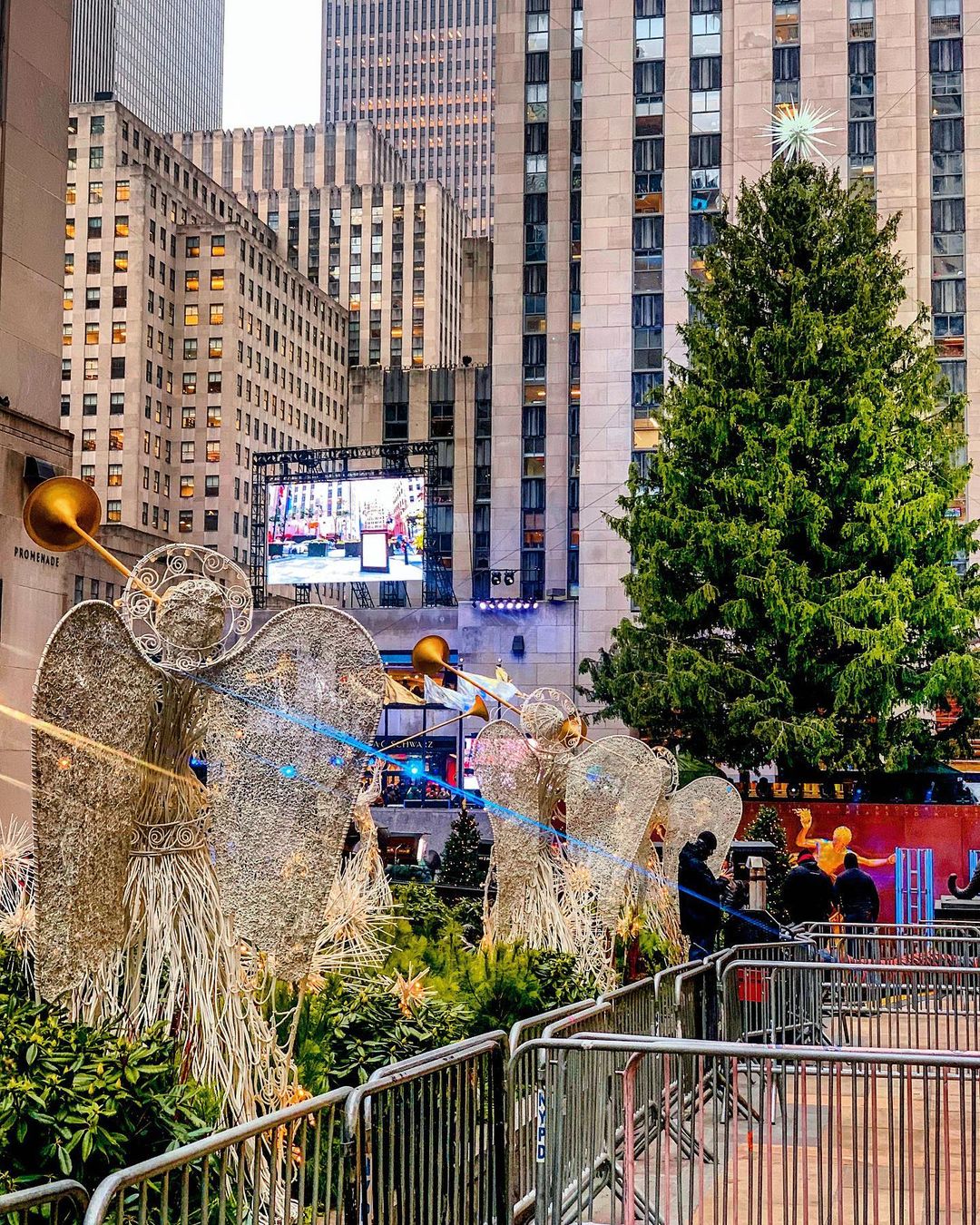 Paying a visit to Santa is such a time-honored tradition that it’s one of the things we miss as grownups. It’s such a treat when you’ve got kids of your own or young relative you can treat to a trip to the grotto. (No you’re not allowed to grad a random kid off the street just as an excuse.) If you want to pay a special trip to Santa where should you go?

Both children and adults will enjoy this immersive experience created in the spirit of Dreamworks and featuring many beloved Dreamworks characters. Visitors get to climb on board Santa’s sleigh and take a virtual ride through the skies to the North Pole, lead by Shrek and Donkey. At the North Pole and at Santa’s workshop, an elf will process special passports and can have the chance to earn some “nice” points by playing a tablet game while waiting to visit with the Big Guy himself.

Not only is the Rockefeller Center noted for its famous Christmas Tree, but it’s also a great place to go meet Santa! Two restaurants offer Breakfast with Santa during the holiday season-the Rock Center Café and the Sea Grill. Santa will spend breakfast with you, and give out candy canes and gifts to kids. Both packages include ice skating on the infamous Rockefeller Center ice-skating rink. Be sure to make reservations in advance.

Located at Rosehill Gardens, Santa sets up shop in this magical wonderland that comes complete with fairground rides, a gingerbread decorating kingdom, a snowman building area, an iced rink, an elves workshop, and a toboggan ride. A journey into Santa’s Enchanted Forest will bring you face to face with Santa, where you can take pictures and get a free gift. Free parking!

Not only will Santa (along with dancing dolls, tin soldiers and Disney characters) be a major feature in the daily Christmas parade, but a whole village is dedicated to Santa and his entourage of elves and reindeer. Kids can visit with Santa and write letters that will get a guaranteed response. As is expected for most Disney attractions, the wait can be long, but there are plenty of photo ops along the way.

Taking place annually at Fountain Park, this attraction offers visitors all the expected trappings of the season, such as a manger, elves, Santa’s workshop, reindeer, and of course, Santa Claus. Along with getting to tell your wishes to Santa and getting a pic taken, you’ll get to see many cultural musical performances. This year a stable of reindeer will be added to the attractions. More than 120,000 attend this event, and it attracts visitors from all over the country and all over the world as well.

Somewhere north of the Arctic Circle, you’ll find Santa’s Village not only at Christmas, but year round. At any time of the year, visitors can see Santa’s office, real reindeer, and a look at what goes on behind the scenes as the elves make toys. The post office gets letters from 198 countries around the world, and answers any letters with a clearly readable address. Kids can write to Santa Claus, Santa Claus’s Main Post Office, Naoapiiri, Finland, so that Santa knows ahead of time what you want.

Yes, there really is a North Pole, and it’s not in the Arctic but in Alaska. Open year-round, it offers a large assortment of gifts and collectables. Take your photo beside the world’s largest Santa, which stands nearly 50 feet tall, or in the Santa’s sleigh. Visit with Santa’s reindeer team, and of course, with Santa himself as he prepares for his historic flight from the North Pole to the houses of children all over the world!

While most activities are aimed at kids from about 2 to 8 years old, there’s something for everyone at any age to enjoy. Visitors are greeted by their friendly staff, and heated shelters are provided to help thaw out those frozen noses. Open year round, there are distinct summer and winter activities. There are still the summer outdoor play areas, zip lines and the tree house, but in winter the swimming pool turns into an ice rink and the stage turns into a giant slide you can go down in inner tubes! Be sure to go to the elf training center, and don’t miss Santa’s House, where children can go to share their lists with the big guy himself.

This Santa-themed amusement park is set on 27 acres that are surrounded by woods and mountains. Visitors can learn about Santa’s secrets while visiting his house, looking for elves and trolls, and visiting Santa’s post office. See some of hid animals too, not just reindeer but goats and moose as well. Depending on the day, you can take Santa classes (complete with a diploma) and watch a variety of plays. Santa himself wanders about the grounds and sometimes can be found in his office answering letters.

Do you get to take kids to see Santa? Where do you go?