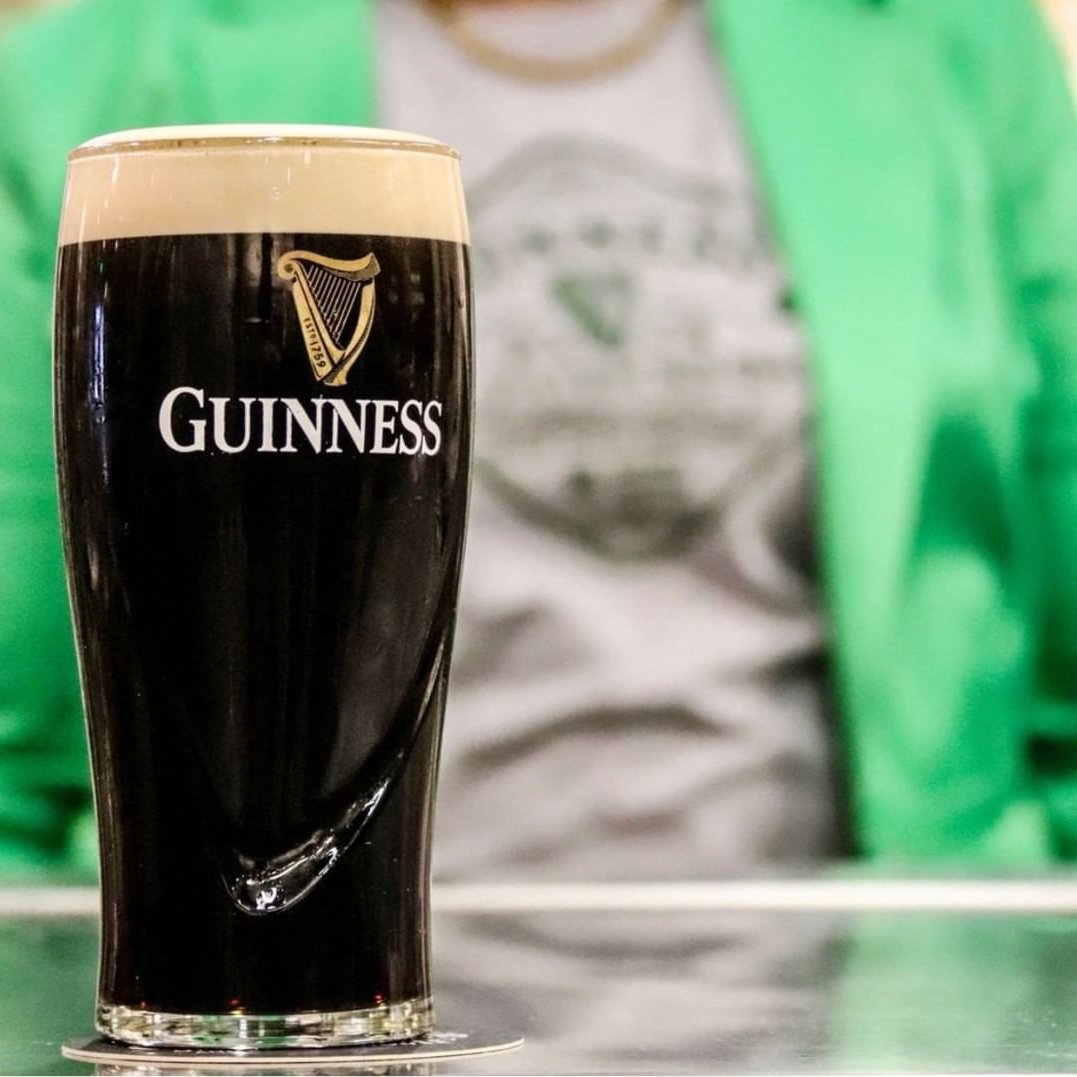 If you want to celebrate St Patrick’s Day with our close neighbours across the water, there are plenty of Irish pubs in Britain. More than plenty! Every city, every major town and even some smaller towns in Britain has an Irish bar. Some aim for authenticity, while others make a passing shot at mimicking a cosy Dublin snug. What you can guarantee, come St. Patrick’s Day, is an amazing celebration, all shades of green, plenty of the black stuff, and awesome craic in the Irish pubs in Britain.

Liverpool has very strong links to Ireland. Its port used to handle major traffic between the two British islands. It’s often said that the amazing sense of humour Liverpudlians are known for came over on the boats from Ireland, but whether that’s true or not, you’re guaranteed a seriously warm welcome. Liverpool has some of the best Irish pubs in Britain and one of them is The Liffey in the city centre. Get your taste of the Emerald Isle at Renshaw Street where the décor is faded chic of Downtown Dublin, the bar is staffed by shiny happy people, the atmosphere is what’s expected of good craic and if you don’t want to toast St. Patrick’s Day with a pint of the Black Stuff, there’s a good range of wines and spirits.

Brighton might not boast the association with Ireland that Liverpool can, but the south coast city is one of the UK's best for night-time entertainment. Brighton literally rocks! Adding to the atmosphere is the Fiddlers Elbow on Boyces Street. At Fiddlers you’ll find a traditional Irish pub - all the ingredients to celebrate St. Patrick’s Day. Reputedly you’ll be served the best pint of Guinness in Brighton, but if a drop of malt is more to your taste, Fiddlers offers a wide selection of Irish whiskies.

The Tipperary is special among Irish pubs in Britain; it is one of the oldest Irish pubs outside of Ireland. Occupying a prime position on Fleet Street, The Tipperary first opened in 1605 as The Boar’s Head, but it became “Irish” in 1700 when it was purchased by the S.G.Mooney & Son Brewery of Dublin. It didn’t get its current name until the First World War when it was christened by the returning newspaper men who had fought in the trenches. Its claim to fame is that it was the first pub outside Ireland to sell bottled and draught Guinness. It’s a wonderfully intimate place to celebrate St. Patrick’s Day in the city – low ceilings and original woodwork add to the charm and the atmos.

Fifteen years ago, there were more Irish pubs in Bristol than, well not in Dublin, but as good as. It was a fad. Most are gone now, turned into whichever lasted trend their breweries decided for them. One which outlasted the fad, however, is Seamus O’Donnells. Located on St. Nicholas Street, Seamus O’Donnell’s is a small one-room bar with a down-home Gaelic feel that includes a red ceiling, dark wood furniture, gold print advertising mirrors, and Irish street signs. Of course, the wall shelves are lined with antique whisky bottles, ceramic jugs and tankards, flagons and the ubiquitous fiddle. If you really want to toast St. Paddy in true style, ask for a shot of 70% Irish Moonshine – Poteen!

Mulligan’s can lay claim to being the oldest Irish pub in Manchester. And it can also lay claim to a location on the legendary (in terms of Manchester anyway) Deansgate, in the city centre – a city centre known for its incomparable nightlife and party atmosphere. Since 1859, Mulligan’s has been a home away from home for all things Irish. Pop in for some good home cooked fare or stay a while longer to catch the latest football game on the widescreen TV accompanied by copious amounts of Guinness of course. Friday nights are rocking when there’s live music on the bill. Actually, scrub that. Friday nights are rocking. Period. So are Thursday, Saturday and Sunday, when more live music is scheduled.

If you’re a UK reader, I hardly need give Newcastle nightlife an explanation. This town is party crazy. And as St. Patrick’s Day is in March, you’ll still marvel at the girls wearing belts as skirts and guys without shirts even if the temperature is not much above zero. The best place to get a pint of Guinness in Newcastle is not any of the brewery chain pubs (of which there are a few) but at the Tyneside Irish Centre. It’s so close to Chinatown (on Gibbs Street near St. James’s Park Football Stadium), you could actually get your fix of two great cultures in the same night. Although I must admit, I don't know how well Guinness sits with a chow mein.

There’s a shared Gaelic heritage and affinity between the Irish and the Scots, and with the Scot’s heritage including enjoying a drop of the hard stuff, there are plenty of hostelries to serve up a pint of Guinness and a tot of Jamiesons. There are, however, are a small number of Irish bars in Glasgow. Among them is Waxy O’Connors in the Merchant City area. I know it is a chain pub and I wanted to stay away from Irish pubs in Britain that belonged to chains, but Waxy’s is worthy of its mention because of the lovely feel to its interior which includes a mass of carved wood in true Celtic style. As well as being aesthetically pleasing, naturally the bar staff know how long it takes for the head to form on a pint of Guinness, the food could have been shipped over from Irish shores and the live music will get your toes-a-tappin’.

I’d love to hear about some more Irish pubs in Britain. With a Irish Grandfather, St. Patrick’s Day is always on my calendar as a day to party. How about you?