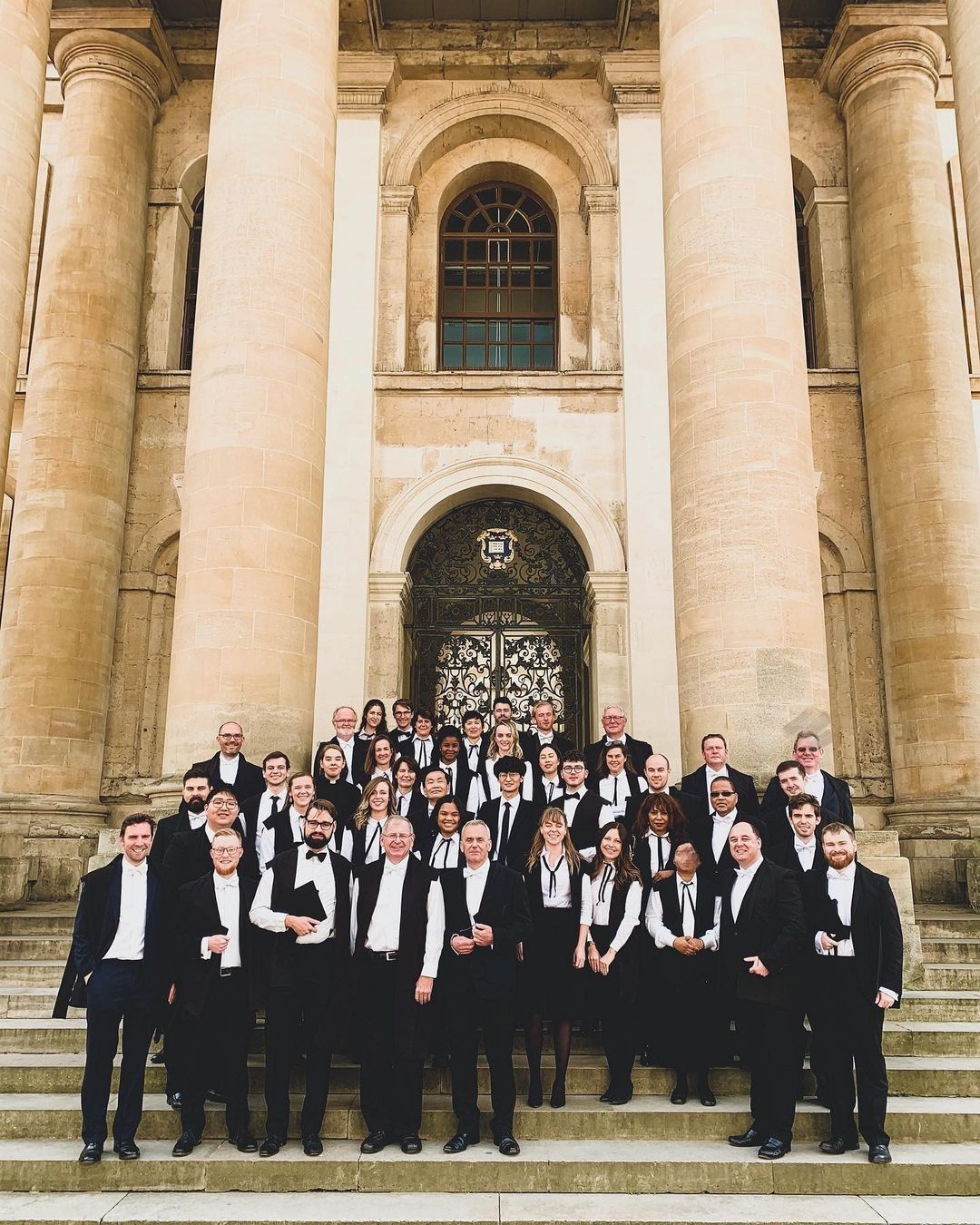 Universities are supposed to be known for their academic excellence more than anything else. However, you can’t deny that some are really spectacular looking too. Which ones are the most beautiful? That’s all in the eye of the beholder. Naturally the following list is subjective but if ‘pretty’ is one of your criteria for choosing a centre of higher learning, you may want to start with these most beautiful universities in the world.

The United Kingdom has some gorgeous university campuses but the one that really captures the imagination is Oxford University, the oldest in the English-speaking world. There is no single campus. Instead, its buildings are located all around the city and have turned Oxford into what poet Matthew Arnold called the ‘city of dreaming spires’. The first university building was the University Church of St Mary the Virgin, dating from at least the middle of the 13th century. As the university grew through the ages, more buildings in a variety of styles were added. Some of these architectural treasures include the 17th century Bodleian Library and 18th century additions like the Radcliffe Camera, the Clarendon Building and the Ashmolean Museum. Neo-Gothic styles abound too, for instance in the form of the Oxford University Museum of Natural History.

The world’s oldest university that still functions was probably founded in 1088. Its main campus in Via Zamboni takes you back in time with its cobblestone streets, pillared walkways and medieval red-brick buildings. Highlights of the University of Bologna are the 14th century Royal Spanish College and the 16th century Archiginnasio, especially renowned for its Anatomical Theatre; and the university’s botanical garden.

Think of a New England, Ivy League university and you probably picture a group of imposing red-brick buildings surrounded by green lawns and trees that become a riot of reds, browns, oranges and yellows in autumn. The one that started it all was Harvard, founded in 1636 and the oldest American university. Central to its campus is Harvard Yard with its freshman dormitories, libraries and halls surrounding leafy courtyards. In snowy winter weather these courtyards are covered in white.

Founded in 1891, Stanford is the premier university on the West Coast of the United States. Its Main Quad is quintessentially Californian with its red-roofed sandstone buildings. This architectural style is known as Mission Revival and was influenced by the style of early Spanish missions in the region. The reddish colour of the buildings is offset by the green of the lawns and the blue of the Californian sky. The façade of the Stanford Memorial Church is covered in a beautiful mosaic known as The Sermon on the Mount. Other landmark buildings on the Stanford campus include the Hoover Tower, the Cecil H. Green Library, the Frank Lloyd Wright-designed Hanna-Honeycomb House and the Lou Henry and Herbert Hoover House, designed by later US First Lady Lou Henry Hoover.

Founded in 1857, Mumbai University was modelled on the great British universities. The original campus is the Fort Campus with its Neo-Gothic buildings. The arches, spiral staircases and turrets are reminiscent of Oxford but the palm trees tell you that you’re definitely in warmer climes. The Rajabai Clock Tower is one of the main landmarks of not only the campus but also of Mumbai city. Inspired by Big Ben, the tower fuses Neo-Gothic design with elements of the Venetian style. It has a stunning stained-glass window.

The University of Cincinnati was founded in 1819. In the 1990s the main campus started undergoing a facelift that has turned it into a showcase for the work of some of today’s best architects. For example, the Vontz Center for Molecular Studies was designed by Frank Gehry. Other not-to-be-missed buildings on campus include the Lindner Athletic Center, the Engineering Research Center, the Care/Crawley Building, the Campus Recreation Center, the Steger Student Life Center, the College-Conservatory of Music and the Aronoff Center for Art and Design.

Moscow State University’s main building is not typical at all of what most people think of as Soviet architecture. Instead of a drab grey block, this huge Stalin-era construction is features four wings flanking a central tower. It is the world’s tallest university building with 36 floors and about 5,000 rooms. Topping the tower is a star that weighs 12 tons. As if the statues, clocks, barometers and other embellishments on the building’s facades aren’t impressive enough, everything is lit up at night, sometimes in multiple colors.

It’s amazing what a good paint job can do to turn something from potentially drab into an absolutely fabulous UNESCO World Heritage Site. Founded in 1910, the Autonomous University of Mexico is known especially for University City, its main campus. This area dates from the 1950s with buildings designed by the renowned Mexican architects Enrique del Moral and Mario Pani. Gardens with circular pathways of volcanic rock add green, open spaces. It’s the murals that make this campus spectacular, though. The walls of the Central Library are covered in murals by Juan O’Gorman, including the world’s largest mural. The David Alfaro Siqueros mural The People to the University, the University to the People adorns the wall of the Rectorate Tower. Diego Rivera designed the reliefs in the University Olympic Stadium while José Chávez Morado created three murals in the Alfonso Caso Auditorium.

A university is not all about its buildings but also about the outdoor spaces. Beida University is such an oasis of tranquillity that it’s almost unbelievable that anybody could want to spend time indoors. Founded in 1898, the university was moved to its current location in 1952. To enter the campus you’ll probably go through either the East, South or West Gates. The latter consists of a wall and doorway ornately carved and painted, with two stone lions keeping a watchful eye. Beautifully landscaped gardens with ponds, bridges, pagodas and ceremonial columns lend a specifically Chinese character to the campus. The modern buildings incorporate elements of traditional Chinese architecture and one of the best examples of this trend is the Boya Pagoda that overlooks the ‘lake without a name’, Weiming Lake.

Sometimes it’s not so much the architecture of a campus that makes it beautiful as it is its setting. Located on the slopes of Devil’s Peak, the University of Cape Town’s main campus is set against a dramatic backdrop of mountains. The part known as the Upper Campus overlooks Cape Town’s leafy Southern Suburbs. The satellite campuses have spectacular settings too: The Medical School at Groote Schuur Hospital is against the slopes of Devil’s Peak as well but from here you can see the ocean. The Hiddingh Campus in Cape Town’s city centre lies in the embrace of Table Mountain and the UCT Graduate School of Business is located in a 19th century prison building near the water’s edge, providing a stunning view of the city, Table Mountain and Devil’s Peak.

The one that got away:
University of Timbuktu, Timbuktu, Mali

The University of Timbuktu shouldn’t really make a list of the world’s most beautiful universities since it doesn’t function as one anymore. However, in its prime it was one of the most important centers of learning in the Islamic world and in Africa. The medieval university consisted of three main schools: the masjids of Sankore, Djinguereber and Sidi Yahya. Today these buildings are a UNESCO World Heritage Site and major tourist attraction in Mali. They show just what is possible with a bit of mud.