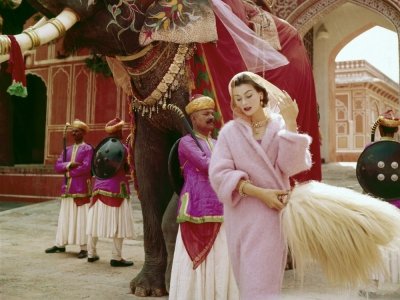 I’m not going to say much by way of an introduction here other than let you know I am going to share 7 useful words and phrases for traveling that will come in handy – along with 7 translations: Chinese, French, German, Italian, Japanese, Russian and Spanish. Even the simplest words can make a difference and take you much further than simply shouting your own language louder to try and make yourself understood. Here are what I think are the most useful words and phrases for traveling.

Amongst the most useful words and phrases for traveling is a simple, polite “hello.” Greeting someone in their native tongue can be a surefire way to win instant approval as a foreigner or tourist. Think about it – when you enter a shop, see someone in the street, or approach a native to ask for directions – before apologizing for not being fluent in the local language, at least demonstrate that you respect the culture enough to learn a basic greeting. A greeting not only breaks the ice, but shows that you’re coming to their culture not as if you own the place, but with a warm intent of diplomacy.

2. Do You Speak English?

You will not believe how much time you’ll save by knowing this one phrase in the local language. If you’re looking for help with directions, approaching a local with this phrase in your holster will allow you to quickly discern if you’re about to invest in a time-wasting bout of charades. English is growing more and more accessible in foreign countries, as it’s become the second language of study in most international schools. If you’re looking to get somewhere fast, the best bet is to ask younger folk for directions, as they may be more fluent in English than their elders.

Learning how to say “thank you” in the local language is essential to being polite in a foreign land. It is customary for most English cultures to use polite language quite often, and our use of “thank you” in particular is generally more frequently brandied about than it is in other countries. So when you thank someone in their own language, not only does the politeness surprise them, but the fact that you’re being polite in their own native tongue just may blow them away.

If you’re not fluent in the local language, you’re apt to be apologizing for your ignorance with every interaction. Learning how to apologize in the native tongue will at least allow you to maintain some level of respect and not lose complete face (as they’d say in China). Whether asking for directions on a busy street in Rome or shoving your way off a subway in Beijing, “I’m sorry” or “Excuse me” is a great prelude to possibly treading on some toes.

Though the translations won’t be provided in this article, numbers are amongst the most useful words for travelers to memorize. Numbers will often be utilized in shopping, in ordering tickets or food at a restaurant, in concepts of time, and in directions. Numbers are a must if you plan on going to a bazaar to haggle. Knowing the prices of the item you’re haggling over gives you a one-up on those who look to take advantage of foreigners. The versatile use of numbers in language, makes them key vocabulary when traveling any country. And the great thing is, numbers are usually one of the more easily absorbable vocab of any language.

Again, shopping language is a must, especially if you plan on hitting up the souvenir shops. Being able to ask prices in the native tongue might let the shopkeepers know you’re not any old tourist – you know your stuff, and won’t be as easily duped. (This is where knowing the numbers also comes in handy.)

If you give a local person even a slight taste of their language, they will immediately assume you’re fluent. Head them off at the shoot with another of the useful travel phrases you now have in your arsenal, letting them know that your simple knowledge of “Nihao,” does not, in fact, make you a native speaker.

Do you agree with my list or do you think there are more important or useful words and phrases for traveling?