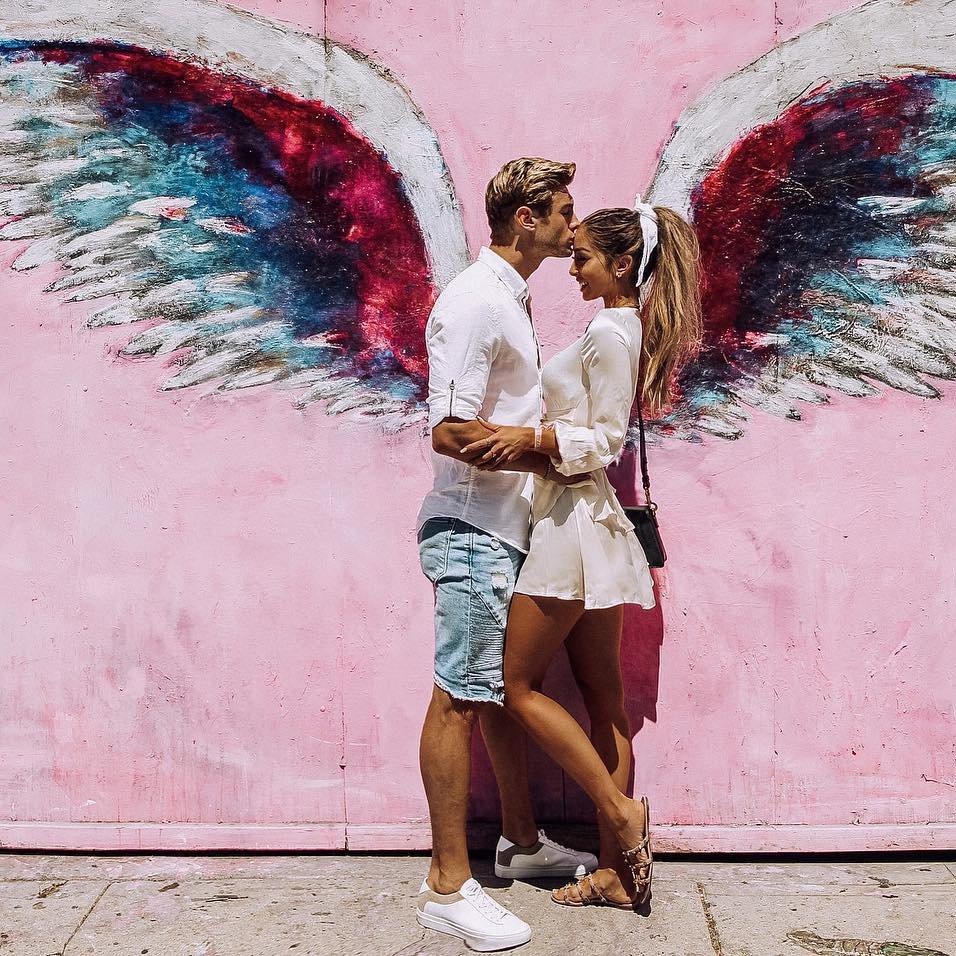 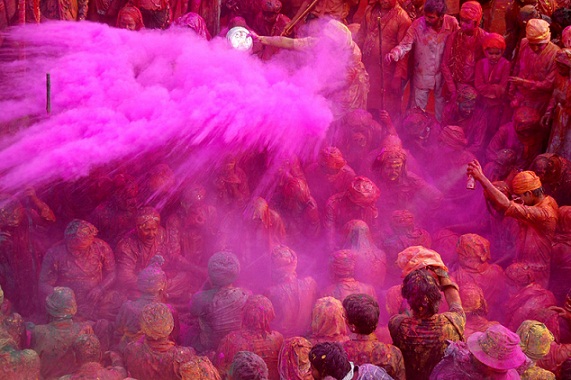 I have always wanted to celebrate Holi. You know the Color Run where you run a 5K and people toss colored powder in the air at the finish? Well this is kind of like that, but without the exercise. Holi is the Hindu festival of harvest and fertility, celebrated in many countries in Asia. On Holi, people gather in towns and cities and throw different colored powders at each other. By the end of the festivities everyone looks like a crazy unique painting! 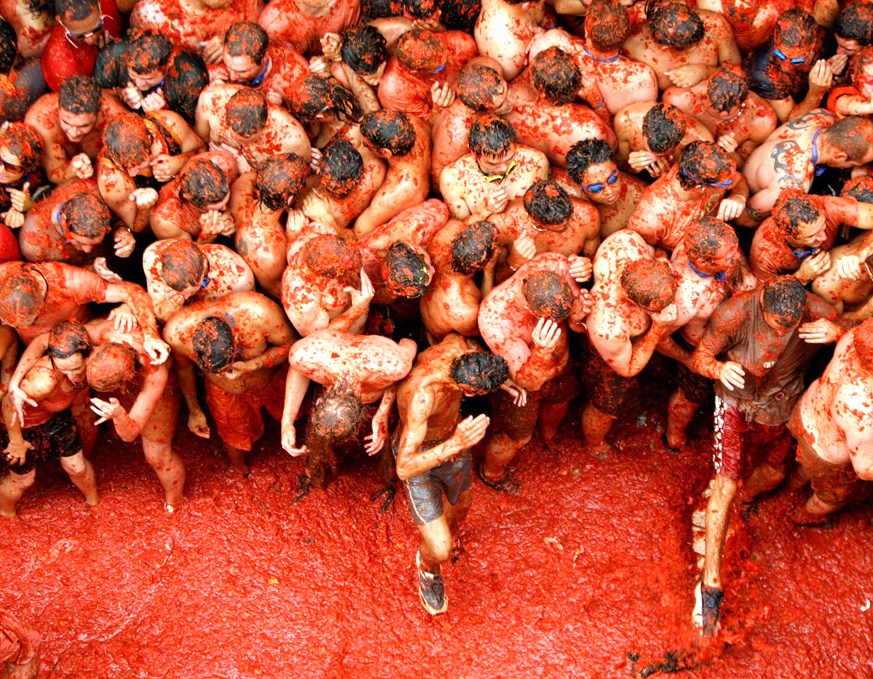 Celebrated in Spain, La Tomatina is the ultimate food fight. Thousands of people get together and throw over 100 tons of tomatoes at each other. The streets are covered with tomatoes and so are the people. Now talk about playing with your food!

3 Battle of the Oranges 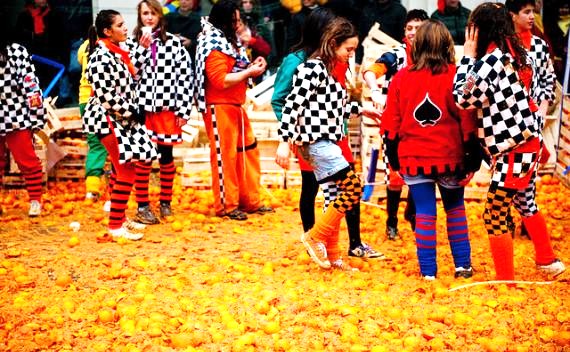 Not to be outdone by Spain, Italy has created its own ultimate food fight. Ivrea is a small town in Italy famous for its, "Battle of the Oranges", in which organized groups divide into combat teams and battle it out with oranges. Just try not to get hit in the eye… that could hurt! 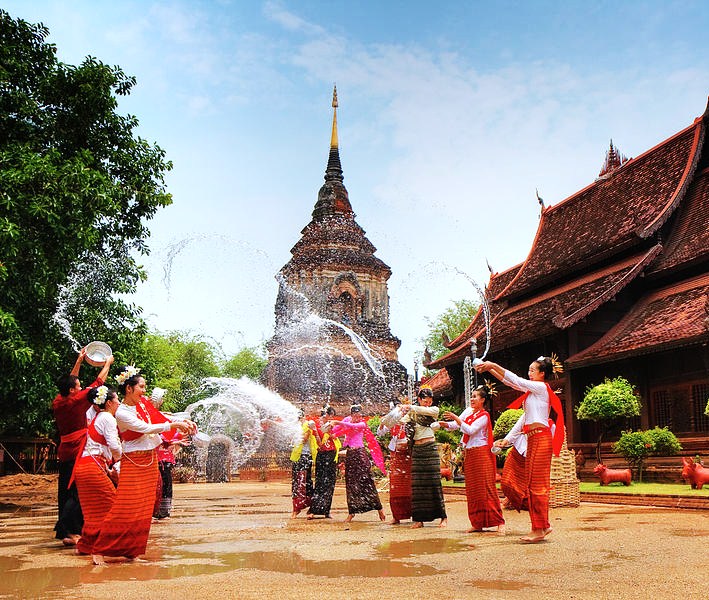 To celebrate their New Year, the people of Thailand pay homage to Buddha, clean their houses, and sprinkle their elders with water. But with a new take on the tradition, Songkran has turned it into somewhat of a giant water fight. People run around with water guns, buckets, and hoses to spray each other until everyone is soaking wet! Its symbolical meaning is to wash each other of misfortune, but it is also a boatload of fun to get everyone sopping wet. 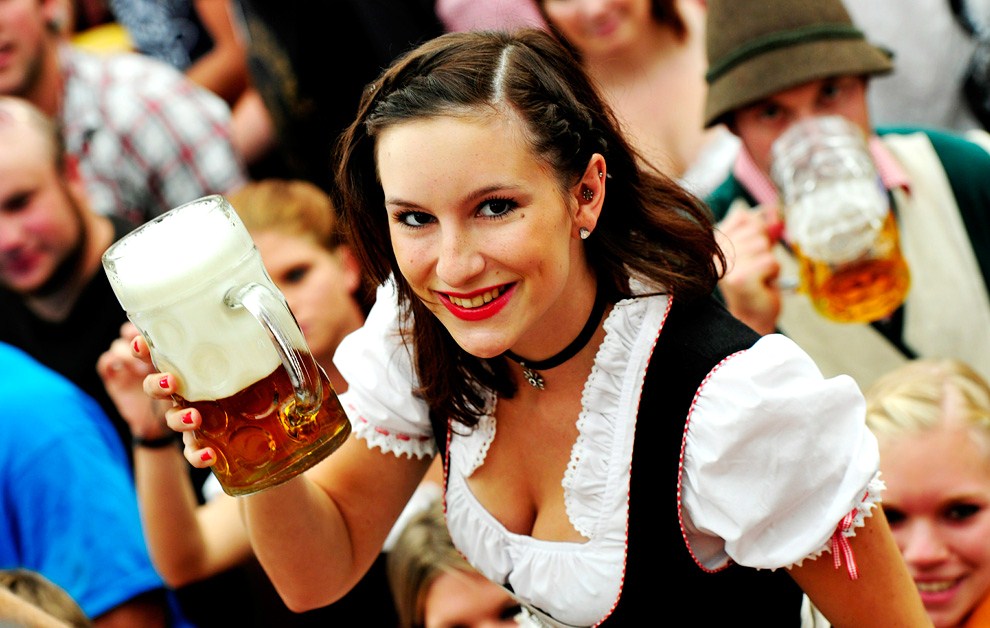 As a college student I can appreciate a nice beer, so it is no surprise that I have always wanted to attend Oktoberfest in Munich, Germany. This 16 day long festival is one of the world's largest festivals with more than 6 million people attending, drinking about 7 million liters of beer throughout the 2 weeks. But it’s not just about the beer. Visitors can enjoy a wide variety of traditional German food. So if you want to hit up Oktoberfest next year… Bottoms up! 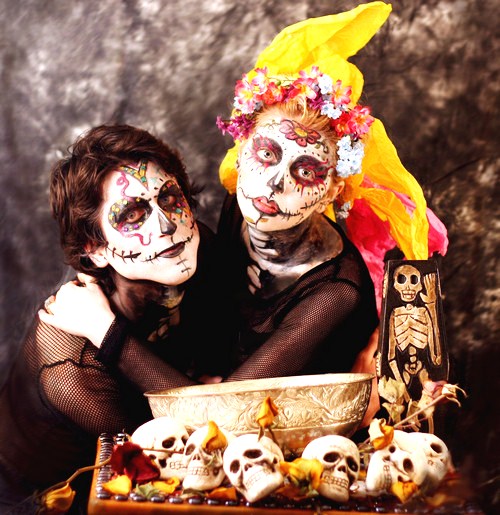 Meaning the Day of the Dead, Dia de Los Muertos is when friends and family come together to remember and celebrate the deceased. Although it sounds depressing and sad, it is a bright and fun holiday. The equivalent to American Halloween, families decorate the tombs of their deceased with candles, bright decorations, food, and photos. Rather than mourn on this holiday, those who celebrate it react with happiness and an acceptance of death that isn’t found in many other cultures. 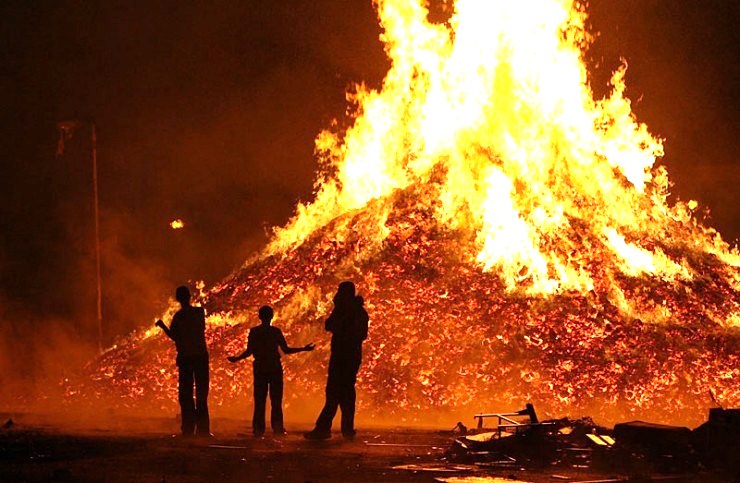 Remember, remember the 5th of November, the gunpowder, treason, and plot. And after celebrating Guy Fawkes Day in England, you definitely won’t forget this day. In 1605, a man named Guy Fawkes attempted to blow up the Houses of Parliament in London but failed. To commemorate the fact that King James survived this attack, people all over London light bonfires, set off fireworks, and celebrate in the streets on November 5th.

This holiday seems as strange as it sounds. Held in England, this annual festival revolves around a hill and a giant roll of cheese. Participants take a giant roll of cheese, throw it down a hill, and then run down the hill themselves in an attempt to catch the cheese. I wouldn’t recommend taking part in the chasing of the cheese, as there have been many injuries for those running down the hill, but I personally think it would be super funny to watch. Because who doesn’t love watching people chase cheese down a hill?