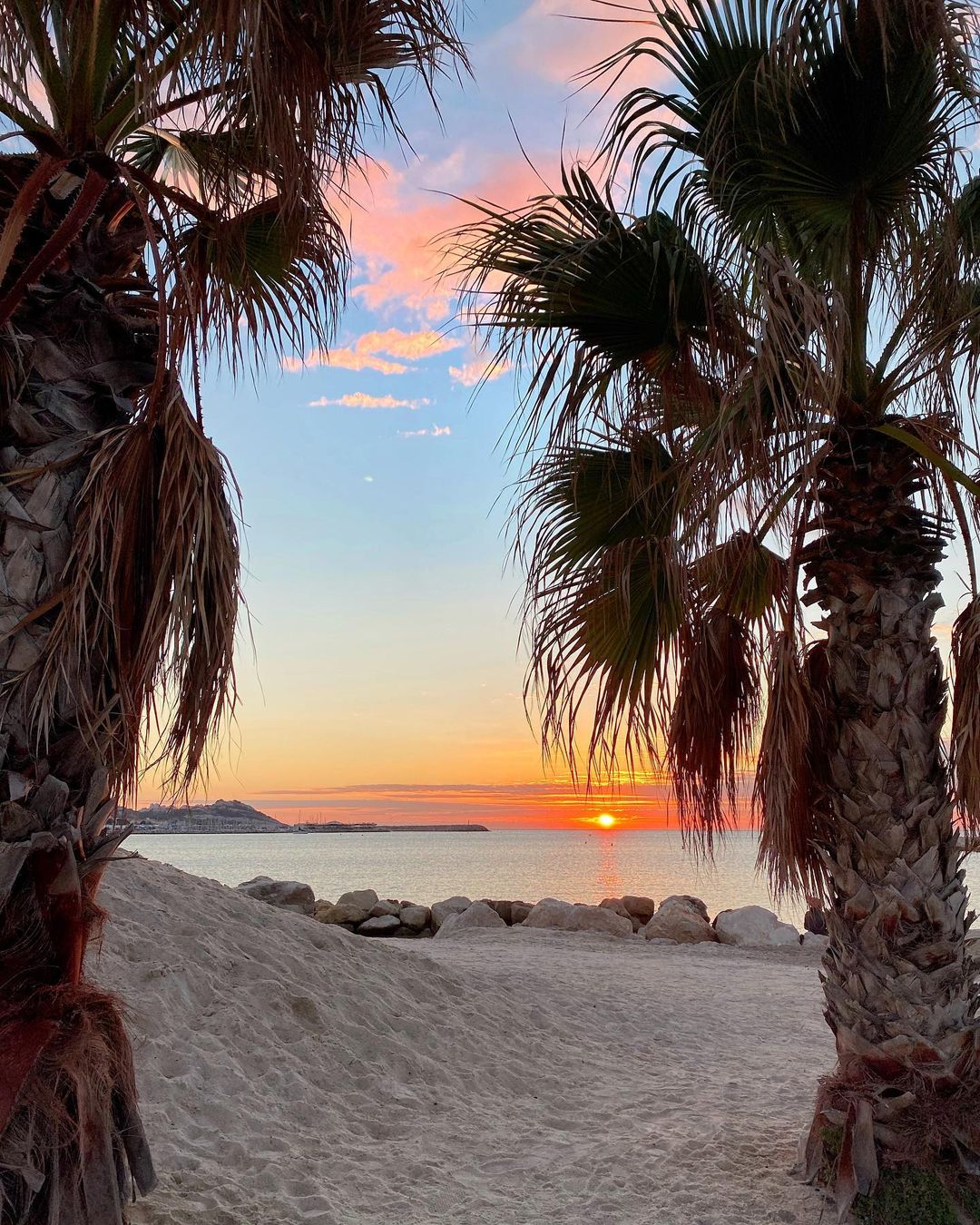 It may not have the romance of Paris or the glamour of Nice, but there are plenty of attractions of Marseille to make it worth visiting. Marseille is a grand old port and there’s something deliciously “gritty” and real about it that gives it a unique flavor compared to other destinations in the South of France. If you want to experience the south but not the Riviera, the attractions of Marseille are calling.

This magnificent religious monument dominates the ancient university town that is also the seat of an archbishop and the location of one of Europe's most important ports. The Basilica of Notre-Dame-de-la-Garde is one of the main attractions of Marseille and the city's most revered landmark. Situated on a 505 ft high limestone hill to the south of the city, the Basilica was erected on the site of a medieval pilgrimage chapel. Built between 1853 and 1864 in a neo-Byzantine style, the basilica's interior is clad in white and dark marble and its 151 ft high belfry is guarded by a gilded Madonna who is widely visible from across the city. One of the best attractions of Marseille is entirely free: the splendid panoramic views visitors can enjoy from the terrace that surrounds the Basilica! The views stretch beyond the city limits and encompass the offshore islands of Pomègues and Ratonneau as well as the Château d'If (a former island prison fortress)

2 Spend a Centime at the Marseilles Bourse

In the days of francs and centimes, the city's Stock Exchange, located on the left of the Canebière when you leave the harbor, must have been buzzing with eager merchants. Today the Bourse is one of the tourist attractions of Marseille. Adjacent to the Maritime Museum (Musée de la Marine de Marseille), the Bourse houses many fine paintings and exhibits from the Marseille Chamber of Trade, including plans and drawings of the 17th century ships that once graced the harbor and made Marseille into one of top destinations for European traders.

3 Take a Stroll along La Canebière

La Canebière is the main shopping corridor in the heart of the city and an attraction of Marseille in its own right. Lined by cafes, restaurants, bars and shops, La Canebière is approximately half a mile long. Its name stems from the days when fields of hemp were grown close to the harbor to provide rope makers with the material for the rigging chandlers sold to equip tall ships. Once rivaling the Champs-Elysée in Paris, Marseille's boulevard is not quite as splendid as it used to be, but various redevelopment plans have been drawn up to transform this major thoroughfare into a showpiece fit for the 21st century. It's a great place for socializing, shopping and dining.

4 Getting Gift Ideas at the Musée Cantini

Located at the rue de Grignan 19, just south of La Canebière, the Musée Cantini houses some splendid examples of 20th century applied arts and features a magnificent collection of old porcelain among its permanent exhibitions. If you're stuck for gift ideas for a friend's wedding, a visit to the Musée Cantini will certainly be inspiring. It's one of the more innovative sights of Marseille.

The Boulevard Longchamp leads visitors to two other great sights of Marseille, the Palais Longchamp at the eastern end of the boulevard, and the Musée Grobet-Labadie. Flanked by the Natural History Museum and the Musée des Beaux Arts to both sides of its pillared hall, the Palais Longchamp was constructed between 1862 and 1869 and designed, just like the Bourse, by Espérandieu. If you're more interested in nature than architecture, head to the right side of the Palais Longchamp, where the Natural History Museum has its home. If you're looking for more active things to do in Marseille rather than gazing at historic buildings, head for the Zoological Gardens, which are located behind the Palais.

6 Browse at the Musée Grobet-Labadié

Once you have strolled to the end of Boulevard Longchamps you'll arrive at a circular plaza, where you'll find a gorgeous mansion, which now houses the Musée Grobet-Labadié. Named after its erstwhile owner, Madame Grobet, the museum boasts a lovely collection of 18th century furniture, tapestries, musical instruments, ceramics and medieval sculpture.

One of Europe's largest ports for centuries, the old port of Marseille spans 62 acres and is 23 feet deep at its deepest point. Now only used for sports vessels and fishing craft, the Vieux Port is one of the best sights of Marseille to visit on a sunny day. Catch a boat to Château d'If and Calanques from here or spend a morning at the bustling waterfront. The Quai des Belges on the eastern side of the harbor hosts a fragrant fish market every morning and is always buzzing with tourists. The entrance to the harbor has been guarded by two forts since the 17th century. To the left you'll see the Fort St. Jean and to the right looms the Fort St. Nicholas: both are among the most photographed attractions of Marseille.

Marseille's modern harbor lies to the north of the city, ca. half a mile from Vieux Port. Spanning nearly 494 acres and boasting some 16 miles of quays today, the building of the Port Moderne began in 1844 and has never really finished. It's the starting point for most passenger ships and ferries to Corsica. Head to the 3 mile long mole, if you're visiting on a weekend day, for it's only open to the public on weekends. The mole affords the best views over the new harbor and the Bassin de la Grande Joliette, which spans an awe-inspiring 49 acres across.

9 Eat a Bowl of Bouillabaisse

If there’s one thing you absolutely must do in Marseille, it’s to eat a bowl of bouillabaisse. Don’t think this is any basic fish stew/soup. Recipes are handed down like heirlooms and are closely guarded secrets. If you want the best, expect to pay for it, but you can get really good bowls of it all over the city.

I love Marseille and hope I’ve piqued your interest in her. Is it somewhere that appeals to you?