Take Your Pick of Places to Visit in Baltimore ... 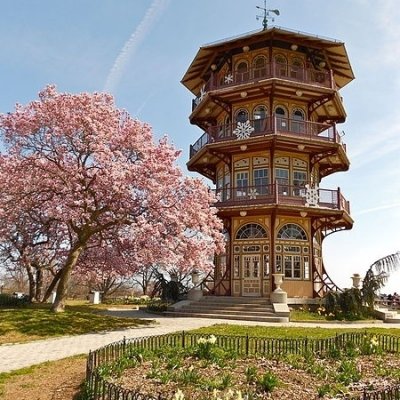 It’s one of the most important ports in the USA but there are tons of great places to visit in Baltimore that aren’t ship related. It’s a great city – period. It certainly loves up to its nickname of “Charm City” but visitors will love its contrary nature. Its nautical past still gives it a grimy, gritty edge, but it is also packed to the brim with modern delights. Check out these places to visit in Baltimore and then book your flight!

The first research university in the U.S., Johns Hopkins University, is also one of the most popular places to visit in Baltimore. The university itself is a popular medical-tourism destination because of its high quality health care, but it also operates the several museums in the area. Homewood House Museum was built in 1801 from a donation from Charles Carroll, a signer of the Declaration of Independence, and is a fine example of federalist architecture. The Evergreen Museum and Library is housed in a Gilded Age mansion and holds a collection of rare books and manuscripts along with a fine collection of art. The Johns Hopkins Archaeological Museum houses an impressive collection of Roman and ancient world art.

This impressive museum is a must-see, and is one of the few museums that offer a thorough and comprehensive collection of art from 300 BC to the early 20th century. Walter’s collection is broad, but the collection emphasizes Greek, Roman, Egyptian and Byzantine pieces. The Renaissance and Asian offerings are impressive, and major trends in French art are represented well. The best part, admission is free! There may be a charge for some special exhibits.

The official home park of the Baltimore Orioles opened in 1992 but has a true retro flavor. If you’re there during baseball season you can take in a game, but even if they aren’t playing you can still take a guided tour of the grounds from February through November. Guides offer information about the history of the ballpark and baseball in Baltimore. It's only two blocks from Babe Ruth’s birthplace and situated on top of the location where Babe Ruth’s father operated a café.

Built between 1798 and 1803, Fort McHenry guarded the harbor entrance. It is instrumental in American history, having withstood a 24 hour bombardment from a British warship, leaving in place the iconic flag that inspired the US national anthem “The Star Spangled Banner.” The visitor center shows a film on the history of the fort. Visit the many historic buildings, artifacts and displays, perhaps even catching a reenactment. Great for the whole family.

The largest art museum in Maryland offers a broad collection of art from all over the world. Along with a large collection of periods and styles, it boasts the world’s largest collection of works by Matisse. Other notable displays include the Roman mosaics and the sculpture garden. Newly renovated, the building is beautiful and inviting (a few areas may still be under renovation). Admission is free!

Also known as the Baltimore Basilica, it’s the oldest Roman Catholic Cathedral in the US, constructed between 1806 and 1821. In the crypts are the tombs of Archbishop John Carroll along with several other archbishops. This National Historic Landmark was fully restored between 2004 and 2006, so you’ll see it the way it appeared to early worshipers.

A great stop for young and old alike. This site offers an impressive collection of historic military vessels and the ships are docked within walking distance of each other. Along with vessels like the US Sloop-of-War Constellation, the US Submarine Torsk, the US Coast Guard Cutter Taney, you’ll see the Seven Foot Knoll Lighthouse, which marked the entrance of Baltimore Harbor and the Patapsco River for over 130 years. Tours, activities and live cannon firings are available, check programs for days and times.

Baltimore is a great place for a weekend break. It may not have the glamour of San Francisco or LA or the insouciance of New York, but there are more than enough attractions of Baltimore to keep singles, couples and families happy. If you live in Baltimore please tell us of other great places to visit.