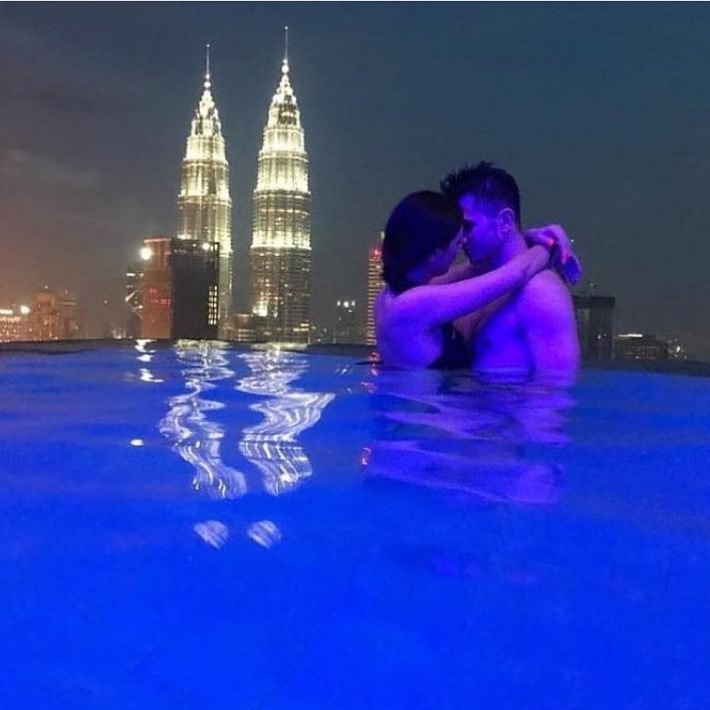 We all love a holiday, right? When lists of places to visit are published it always contains lots of far-off places we can only dream of and there’s always way too many. Leaving the country is something beyond the means for many of us so I guess we just have to keep on dreaming. Well, here we go; here’s the list of cities chosen as the places to visit in 2011.

Hey, what do you know, I’ve actually visited 3 of these places!

Still one of the best cities in the world. I love it and I vowed I’d be back one day, and I will. This year is extra special for NYC because the National September 11 Memorial opens.

I visitedin 1987 and it was a city with dull hotels, dirty beaches and polluted water and we were plagued by Looky Looky men (street sellers) wherever we went. Today it’s apparently been transformed by a new Mayor who cleaned it up, moved on the hustlers and developed the arts. It is actually a pretty place with masses of lime washed-villas stretching up hillsides.

A few years ago, the very thought of visiting would have made us shudder but now that a relative calm has descended over the region, Tel Aviv is flourishing as the San Francisco of the Middle East. It’s certainly more about Hedonism than Hezbollah. Head out East and party, party, party. Then party some more.

NZ will be the focus of the sporting world when the Rugby Union (American football played by real men!) World Cup kicks off later in 2011 and hoards of beefy men will crowd the pubs and hotels. Sounds like it’s a place for the ladies – lots of men in shorts, hmmm. You can also ignore the rugby and hit the bistros and the best coffee shops in the Southern Hemisphere.

Usually overlooked in favour of Barcelona and Madrid, Valencia is finally coming into its own. It is the European Capital for Sport in 2011 (what is it with sports??) and a couple of the Americas Cup pre-races and trials will be held here. Hello Sailor!

Where? Never heard of it? Me neither. Apparently it’s a sultry slice of Amazon life. Peru’s jungle capital has developed as a trading post for jungle tribes so no doubt there’s a roaring trade in ‘authentic’ handicrafts in ‘ethnic’ markets. Tourism is booming here, only time will tell.

Belgium is one of Europe’s sneered at countries and visitors overlook the best place. Ghent is spectacular. It has one of the prettiest cityscapes you’ll see anywhere – water, towering spires and grand old houses. And the beers aren’t bad either. Ladies are encouraged to try all sorts and each beer has its own individual style of glass. Guess what though, the best thing – it’s chocolate heaven.

I’d like to pass this by with a no comment but I can’t. It does have some fantastic sites and the cacophony of sound that greets you when you open any door to the outside has to be heard to be believed, but oh the smell. Not good. I stayed in possibly the second best hotel in the city and it was luxury personified but when I returned to England I was ill. To put it indelicately, my bottom was a reservoir of green soup for a week! If you can stomach it, join Delhi’s centennial anniversary celebrations because it’s sure to be one of most spectacular events of 2011.

When I first saw this on the list I thought they couldn’t possibly mean the Geordie land of North East England where putting on a jumper in a snow storm shows you are weak. But no, it’s Australia. Every year this list features a new Australian destination to encourage yet more people to heft up their backpacks and head down under. It loses out to Sydney; it has a beautiful harbour, great surfing beaches, terrific nightlife, is close to wineries. So yep, just like Sydney. So, Newcastle or Sydney?

Apparently, if this place were a person, it would be Bob Dylan ---ageing, Bohemian peace protestor with an unruly haircut. Well it’s evocative but I’m not quite sure I’d want to spend my precious holiday with Bob Dylan. Do I want to spend it in Chiang Mai? The answer my friend, is blowing in the wind.

Where are you going to go? If you can add to the list just go ahead.