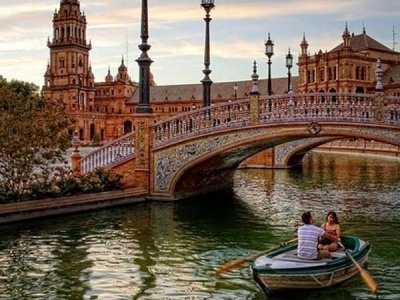 Thanks to the extended period of colonization and empirical colonialism perpetuated by the British, French, Spanish, German and Portuguese, around the world there are places for a taste of Europe not in Europe. While these places have been reclaimed by their original people and subsumed within new country boundaries, more than a vestige of their once-colonial masters has remained and is embedded in the existent culture. Here are some places for a taste of Europe to satisfy your touch of Europhilia.

When looking for places for a taste of Europe not in Europe, you really wouldn’t expect to find Portuguese style architecture and remnants of European cuisine in China; however Macau will provide you with exactly that! (Well actually, to be exact, Macau isn’t in China – its formal status is that of a Special Administrative Region of China - just like Hong Kong.) The region’s long history as a Portuguese colony means you can wonder through European style streets, villas and churches, in the same neighborhoods as you’ll find stunning Chinese temples and traditional Chinese cuisine. Portuguese is also still one of the region’s official languages, which only acts to enhance the area’s European vibe.