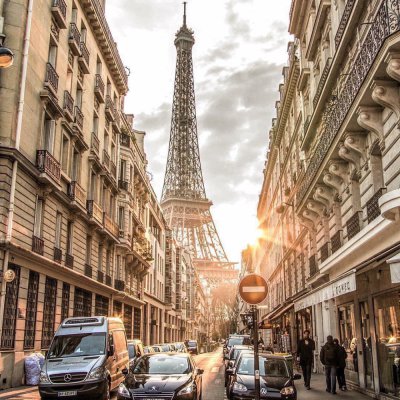 You might think that some of the world’s most visited tourist attractions and iconic landmarks are so famous there can’t possibly be anything mysterious about them. Think again. Even the most famous ones have some fascinating secrets.

1. The Top Floor of the Eiffel Tower

You may not know that Gustave Eiffel, the man who designed the most iconic building in France, actually added in a fully functional apartment for himself during the building process! It has a kitchen, bathroom, living room and two bedrooms. And what a view!

2. The Broken Chain on the Statue of Liberty

The broken chain that lies at the feet of the famous Statue of Liberty is part of the gift from France that symbolizes the repeal of slavery and a new freedom for all. It’s a really important part of the statue but because it is relatively hidden on the ground it is rarely noticed by tourists.

There are probably thousands of Mona Lisa replicas around the world, but did you know that there is actually another copy of the painting that is believed to be by da Vinci himself? It is painted from a slightly different perspective but many experts believe that it is an earlier version by the artist of the one we all know so well.

Alongside the faces of the iconic Presidents on Rushmore is a secret time capsule space that architect Gutzon Borglum created so that fundamental records of American history could be stored for posterity. It is actually located behind the head of Abraham Lincoln, not a bad place to be!

5. The Original Appearance of the Sphinx

The Great Sphinx of Giza is an unforgettable sight, but did you know that it was originally decorated with bright and vivid paint, the remainder of which can only be seen on its ears today. It also had a nose and a large ceremonial beard that have since been taken by time.

6. The Creation of the Leaning Tower of Pisa

Nobody actually knows who is responsible for the building of the Leaning Tower of Pisa. The reason for this is that it was built over a period of nearly 200 years, so no single designer or architect could have been responsible for the final outcome!

7. The Face of Rembrandt’s Danae

Though many people always thought that Rembrandt’s famous painting was an image of his wife Saskia, some experts believe that it bears much more of a similarity to a woman named Geertje who he became infatuated with after poor Saskia had passed away. Perhaps it is even an amalgamation of the two!

Did you know that the large clock building by the Houses of Parliament in London isn’t actually called Big Ben? Big Ben is the name of the bell that is housed within the building, but the tower itself is actually called The Elizabeth Tower! (It used to be called St. Stephens Tower but was renamed in honor of Queen Liz’s Golden Jubilee in 2012)

9. The Color of the Golden Gate Bridge

It’s one of the most photographed structures in the world, but did you know that the Navy originally wanted to paint it in yellow and black stripes so that it would be more visible in foggy conditions?

10. The Sky in the Scream Painting

It is now believed that the violent red nature of the sky in Edvard Munch’s painting was inspired by the after effects of the Krakatoa volcano eruption in 1883 which caused flame-like sunsets across the world for the next few years.