The Best Festivals for Your 2017 Calendar for Girls Who Want to Have Fun ... 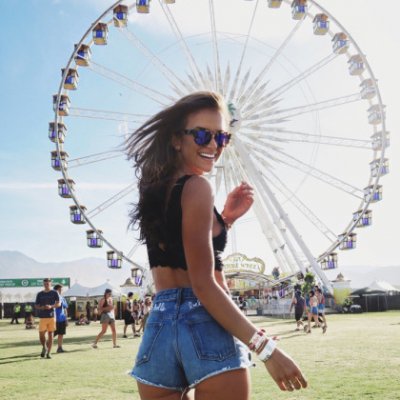 Most of us are familiar with the big name music festivals but a festival isn’t just a fabulous music event. All around the globe, millions of people gather on special occasions to celebrate in style attending music, community, cultural and religious gatherings and ceremonies. So if you’re off on a trip in 2017 (or any other year), here’s a calendar of the best festivals you can consider attending:

This festival is often coined as the ‘happiest festival in the world’. Always taking place around the turn of the New Year, festivalgoers can begin their next twelve months in style on Turtle Island (Koh Tao) with a crazy UV theme and enough dance and trance beats to have you jumping and swaying for days.

As the name suggests, this is less of a flower crown festival and more of a hat and scarf event! With snow slides, sleigh rides, an amusement park and much, much more, this winter wonderland makes for an amazing seasonal experience.

This is an amazing festival of colors held in India (and other countries with large Hindu populations) where everyone pelts each other with water balloons filled of neon mixtures. The result is an amazing rainbow of color that makes for some stunning photographs.

If you are down under and looking for a festival to attend, then this one is definitely worth considering! It’s the sort of festival where the lineup doesn’t even matter. What matters is the amazing atmosphere and array of different stalls and stages that are on offer.

Songkran is a celebration of the Buddhist New Year, and the festival has come up with modern ways to celebrate this event including awesomely fun mass water fights that get everybody out in to the streets to have fun together!

If you can get there, everybody should experience Coachella at least once in their lifetime! It is probably the most famous and popular festival in the USA in recent years, with stars from all over the world flocking to both perform and attend.

This is a celebration of light that is held every single year in the heart of Sydney. It is filled with amazing light installations that literally change the way you look at the city, using iconic landmarks like the Sydney Opera house to make an even bigger impact.

Who wouldn’t want to experience the glorious weather of Portugal in June while also enjoying some of the best music that the industry has to offer? NOS Alive has attracted huge names to its stages over the years including Arcade Fire, Radiohead and The Chemical Brothers.

This festival gives you the classic camping and music experience like so many others, but what sets it apart is the glorious beach location and amazing Croatian summer weather! There are stages that cater to all tastes from pop to rock to hip-hop; something for everybody.

Glastonbury is England’s most iconic music festival, drawing in huge crowds and the very biggest names in music. From Adele to the Rolling Stones to Coldplay to Kanye West and Beyoncé, all the icons have graced the stage. Beware, this one usually gets super muddy!

Travel back in time at this two-day event to the craziness that was medieval culture! With people in traditional costume and bands playing medieval music and food stalls serving medieval dishes, you will think that you have lived a past life by the end of your experience!

The Nowhere festival is an event where spiritually minded people can come together and experience vibrant colors mixed with stunning natural setting of the Spanish mountains. Some people have described it as the European version of Burning Man.

The festival has a small town feel but welcomes more than 95,000 guests over the course of a four days to experience some great country music. Over the years they have enjoyed performances from the likes of Taylor Swift, Blake Shelton and the legendary George Strait!

Latitude can almost be described as a mini Glastonbury, with a mixture of the same music, arts and performance spaces, but on a much smaller scale for those who are daunted by really large crowds.

This insane festival might be one of the most meticulously and creatively put together music and art events in the whole country. Everywhere you turn there is a new amazing art exhibit to look at, from doors in bushes that lead you to secret dance parties, to sunken pirate ships in the middle of a pond!

If you are passing through Hungary during the summer than you will definitely want to check out Sziget. It is often referred to as the Glastonbury of Eastern Europe, with an emphasis on great music, great art, great food and great people!

This is yet another country music festival that is held in Canada, seems like our friends north of the border can’t get enough Southern melodies! This three-day festival will give you plenty of authentic country mixed with fun in the sun.

If you don’t fancy a music festival, the why not try this balloon festival and make some of your Pixar’s Up fantasies are reality! The colors and sheer numbers of hot air balloons at this British celebration make for a really memorable time.

August 27th – September 4th 2017
Growing bigger and more bizarre year by year, Burning Man has firmly lodged itself in the list of must-visit, once in a lifetime festivals. A mix of radical self-expression, participation and civic responsibility, it’s just too abstract to try and describe the uniqueness of this event held in Nevada’s Black Rock Desert.

As the name suggests, Oktoberfest is an annual festival that take place over October in Munich, Germany that celebrates one of the very best things in the entire world: beer! You can sample some amazing beverages and take in some traditional German culture.

Celebrated by Hindu diaspora all over the world, Diwali (Deepavali) is known as the Festival of Lights. Everywhere is suffused with the lights burning from candles and clay oil lamps, often set in kolams – intricate arrangements of fresh flowers, colored rice and bright powders.