8 Fabulous Places to Visit in Israel ... 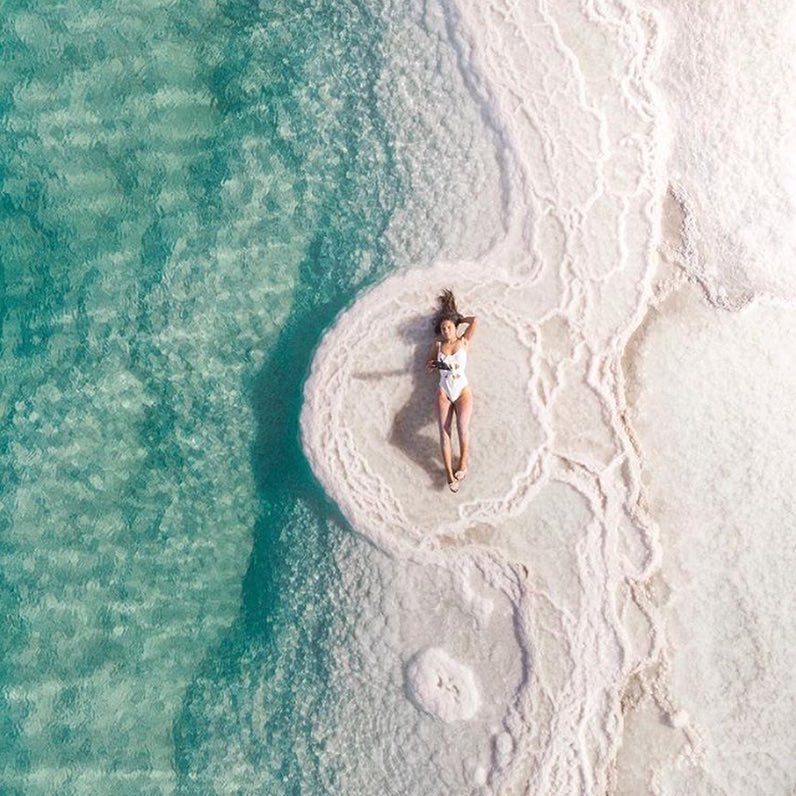 There are some fabulous places to visit in Israel and it is almost impossible to single out only several of them. Whether you are looking for historical monuments, religious heritage or some exquisite landscapes, Israel will meet all your expectations. It is so important that this country, with such significance to so much of the world, is a relatively safe place for tourists these days. It was such a loss when we were unable to visit the magnificent places in Israel because of war and conflict. You’ll still face extensive security checks before entry to many of the places to visit in Israel; but trust me, it will be worth it. Here I present 8 Fabulous Places to Visit in Israel:

Located mid-way between Haifa and Tel Aviv on the Mediterranean coast, Caesarea is a small town that boasts big history. Founded in the 1st century BC by Herod the Great, Caesarea was named after the Roman emperor, Caesar Augustus. The town was highly developed during the Ancient times and was actually the Israeli capital for several centuries. Nowadays, Caesarea attracts tourists with its archaeological treasures and remains of the ancient architecture. Visit the amazing antiquities park and enjoy the atmosphere of the old Roman amphitheatre. And the best thing? Some of the ruins are actually right on the fabulous beach.

As the historical and religious centre, the capital, Jerusalem, is home to some of the most significant attractions in Israel. Regardless of your own religious beliefs, there are some sites that you have to visit while in Jerusalem, and the Western Wall is among them. Widely known as the Wailing Wall, this precious religious monument is one of the holiest Jewish sites. According to a legend, the wall represents the remains of the temple built by wise King Solomon.

The Temple Mount is actually an artificial hill, created to raise the large temple. Nowadays, the Temple is the very heart of Judaism, for the Jews worldwide turn in its direction while they pray. According to ancient beliefs that connects this place with Jesus and Muhammad, the Temple Mount has long been a sacred place to Jews and Muslims too. There are also connections to the Romans and Christians. If you want a walk through the religious history of Israel, and indeed the world, Temple Mount is a must visit place in Israel.

The best places to visit in Israel aren’t all fusty ruins and historically significant. Beach bums and party animals are catered for too. The most southern city and the ultimate sea resort in Israel, Eilat is a perfect summer destination. The heat and the atmosphere of the Caribbean islands, along with modern tourist facilities and beautiful beaches, make Eilat a piece of tropical paradise on the Red Sea. An extraordinary underwater world with colourful diversity of marine life attracts divers from all over the world.

Although many people will find the Baha'i religion unfamiliar and maybe even exotic, there is no reasonable person in the world who couldn't relate to universal ideas of tolerance and peace fostered by this religion. The Baha'i shrine is built on Carmel Mountain in Haifa. The amazing building with the golden dome is surrounded by magnificent gardens, designed to create symmetric harmony. Definitely, one of the best places to visit in Israel.

Even if you don't know how to swim, the Dead Sea will enable you to float with ease, due to its density. The enormous concentration of salt prevents any underwater life, and that is why the sea is named ‘dead’. On the other hand, the minerals have curative properties, which make the Dead Sea a kind of natural spa and one of the most known and popular natural attractions in Israel.

The splendid city of Tel Aviv is situated on the Mediterranean coast. The old part of Tel Aviv is called Jaffa, and is located on a hill above the rest of the city. Explore its charming streets and enjoy the spectacular view of the coastline. Modern Tel Aviv is famous for its vibrant culture, cosmopolitan lifestyle, beaches and developed tourist facilities. Sometimes called ‘The City That Never Sleeps’, Tel Aviv boasts a rich night scene, which makes the city desirable destination for younger visitors. Check out arts and crafts markets, trendy coffee shops and cafes and a whole host of funky galleries. Fashion shopping is high on visitors’ lists too. Tel Aviv is probably one of the most overlooked capital cities, but it’s truly fabulous.

One of the best-known attractions in Israel is found in Jerusalem, and it’s the Church of the Holy Sepulchre. The site around the church includes the place where Jesus was crucified, as well as his burial place. This is the holiest site for Christians in general, and has been a central Christian pilgrimage for more than 1600 years. Whether you have faith or not, this is an awesome visit.

The list of places to visit in Israel doesn't stop here – it has only begun. With its religious and biblical sites, Israel will raise your soul and make you humble in front of the sacred secrets of life. On the other hand, modern sea resorts provide all worldly pleasures to remind you of your more human side. So feel free to complete this list according to your preferences.