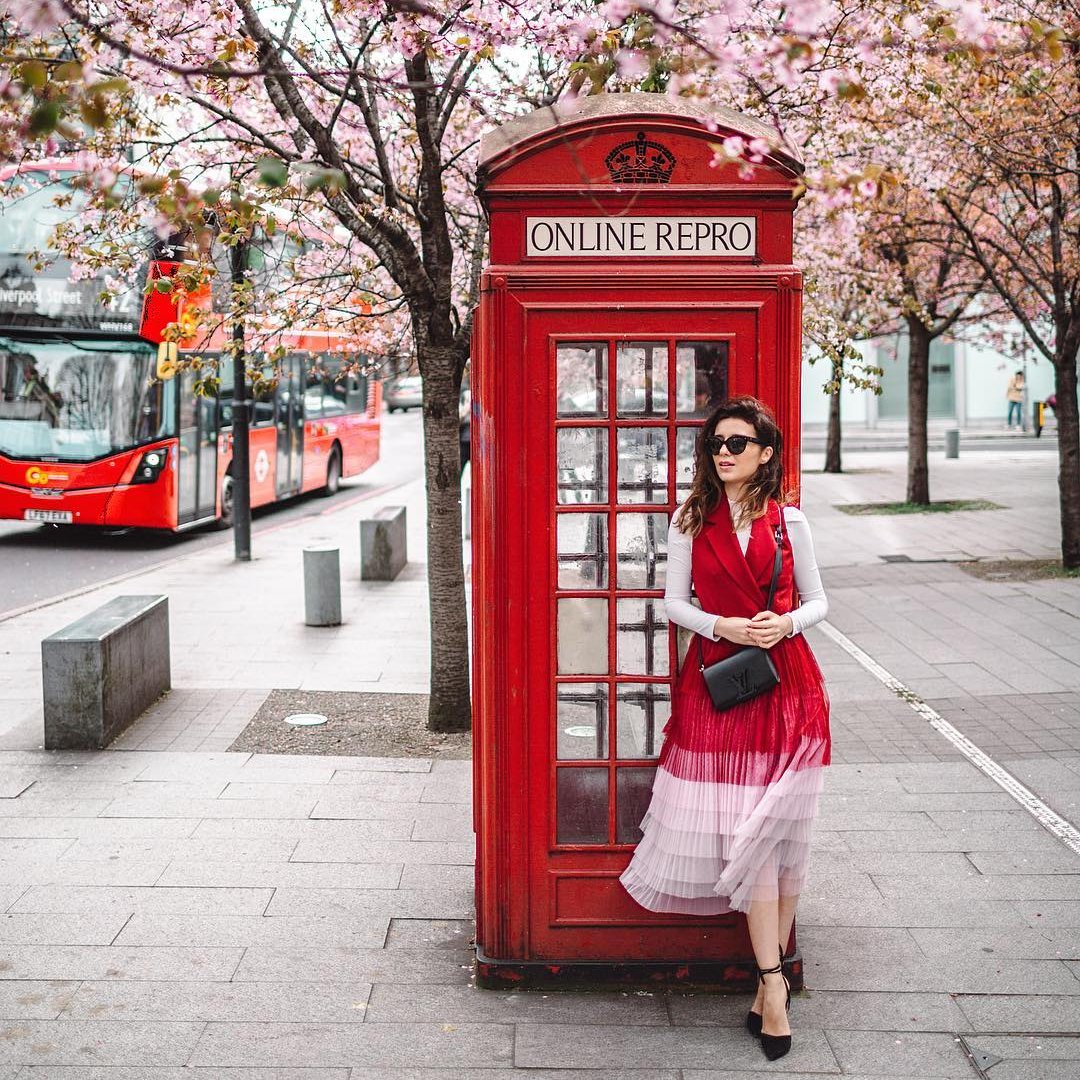 Many cannot resist the allure of the UK capital, but whether you’re going solo or in a group, girl travelers in London really need a hand with some useful hints and tips. Like every major city, it has fantastic sights and attractions, but also like every other city, it has its little foibles and nuances that girl travelers in London are best forewarned and forearmed about to ensure your experience is the best it can be.

Telling you to pack light may seem like just one of those obvious and generic tips but trust me, girl travelers in London will do well to heed this advice. The last thing you want to be doing is lugging bags up and down stairs in tube stations, and on and off busy and crowded buses. Even thought there are escalators at tube stations, there is also an inordinate number of staircases. What you pack is also important. My advice is to pack clothes that you can layer. You need to be prepared for all the vagaries of the British weather, which is prone to all seasons in one day.

You won’t find many – if any – free public toilets in London, and if you do, they should be avoided. While you can pop into a pub, restaurant or museum, this isn’t always convenient and is sometimes frowned upon. Long gone are the days when you could drop a penny in the slot to pee in peace. To be prepared nowadays, you always need to carry at least 40 pence in change on you. It generally costs between 20 pence and 30 pence to use a public loo in London, so your change should be made up of 20 and 10 pence pieces.

London is generally safe. The major tourist areas are busy 24/7, so there is always someone around, taxis are plentiful and Trafalgar Square is one of the busiest nighttime places as all the night buses operate from here. I lived in London for 8 years, went about alone a lot, and never felt threatened. However, all girls traveling in London should obey common sense safety rules. Don’t venture down poorly lit alleys and don’t ever walk across the various commons or through the parks alone at night. Large housing estates (similar to The Projects) are also best avoided – most times really. There is crime, so look after your valuables, passport and pin numbers.

London transport isn’t too bad, considering the tube has been around since 1863, and there’s loads of buses and taxis, but the best way to maximize your travel and save on costs is to get an oyster card. They can be bought online, at Heathrow or any tube station and be used on the Underground and buses. Armed with an Oyster card and a tube map, traveling around the city will be cheap and easy.

England and the US might speak the same language but the differences in words used can cause some funny or embarrassing moments. All girls visiting London would do well to learn some of the differences from a slang/colloquialism dictionary. In the UK for example, pants are trousers and we use the word pants to describe our knickers/briefs. Likewise, you might be met with confusion if you shop for pantyhose, which we call tights or shirts, because men wear shirts, women wear blouses. If you want to buy Dad some suspenders, don’t be surprised when you are handed a garter belt. And it’s not just clothing: the subway is a pedestrian tunnel, not the underground; a fag is a cigarette; and some colloquial US phrases are not commonly recognized, like cuppa joe and the john (better say I’m going to the loo).

One of the things all American girls on a visit to London should be aware of is that it isn’t just language barriers that make the US and the UK different. I know you’re not going to like hearing this, but American tourists have the reputation of being loud and brash (if you’ve ever seen British sketch shows portraying US tourists, you’ll know exactly what I mean). The British are more reserved, although I would say our population is diluted and becoming more cosmopolitan; that stiff upper lip is relaxing some. The time we get loud and obnoxious is usually fueled by alcohol or sport! The best illustration of the differences is to take even just one journey on the tube. Unlike the noisy, chatty NYC subway, the London Underground has all the ambiance of a library. No one makes eye contact and no one speaks to someone they aren’t traveling with.

Saturdays are awful for girl travelers in London – in fact for all travelers, unless you find standing in interminable queues and elbowing your way through crowds fun. I say female travelers specifically because we just love to shop and Saturday is the very worst day of the week to visit any of the city’s attractions that include the word “market” or “road” – such as Camden Market and Portobello Road. Steer clear of Covent Garden, Carnaby Street, and Borough Market on the weekends and visit in the week instead. The experience is so much better without the huge crowds and you’ll find some great bargains. This also applies to attractions like the London Eye, the London Dungeon and London Zoo.

8 Get out of the City

If you have the time (and following on from the last point, the weekend would be a good time to do it), get out of London on some day trips. England is a little country and within 2 hours you could be in some terrific places. Intercity trains can take you all over the place, or hire a car and enjoy a drive up the motorway to Bath, Brighton, Oxford or Cambridge. And, seriously, if you do have time, consider taking a day trip to the continent. You can get really cheap flights from Luton, Gatwick and Stansted to places like Paris, Berlin, Barcelona, Prague – well just about anywhere, really. There’s also the Eurostar (Channel Tunnel train) and ferries to France, Belgium and Holland.

As well as all the fantastic history and attractions, girl travelers in London will not want for things to do of a nighttime. There are plenty of cinemas, pubs and restaurants and some of the best dance clubs in the world. The live music scene is amazing and you may well just catch the next big thing in the back room of the pub at the end of the road from your hotel. Check out summer events like the Channel 4 film season at Somerset House, Shakespeare in the Park and whatever is happening on the South Bank. Of course, don’t forget Theatreland – but get your tickets from the Half Price Ticket Booth (TKTS) in Leicester Square rather than paying full price. But, don’t buy from touts who operate in the Square – they are only there to scam you. In fact, there’s no real need to pay full price for any entertainment in London. Daily deals and coupon sites could serve up discounts on spa days and dining at Michelin Star restaurants. Remember that the brilliant museums are free too. Time Out Magazine (and website) and Metro (free at tube stations) have listings of what’s on.

By and large, the British male is a shy creature, and also one of habit. They aren’t skillful in the art of flirting, body language or the subtlety of attracting a lady’s attention – or even noticing that they have caught yours. (Sorry, any Brit guys reading this!) British men also tend to wander in packs, so finding the opportunity to strike up a conversation with a tasty guy is not easy. Learning a little about British sport will take you far but whatever you do, never, ever try and interrupt the TV in the corner of the pub if it's tuned to the sports channel. Woe betide the girl who tries to come between a man and the Manchester Derby.

I have shared what I think are the most valuable tips for (mainly American) girls traveling in London. I know some of our UK readers will have some others they think should have been included, so let’s hear them – all welcome! We’d also love to hear of your travel experiences in London.