7 Essential Destinations for Every Game of Thrones Fan to Visit ...

1 Iceland (practically All of It)

Season 2 and season 3 took the men of the Night’s Watch beyond the wall. It was our first look at the vast wintery landscape where the White Walkers slept below the surface, but fake snow just wouldn’t cut it. Instead, the cast and crew added Iceland to its list of Game of Thrones filming locations. They headed to the Land of Fire and Ice where they filmed scenes around Mývatn Lake and Dimmuborgir. Even without being one of the Game of Thrones destinations, Iceland is an incredible country of amazing landscapes.

Just 40 minutes from Glasgow is the next of my Game of Thrones destinations. Doune Castle plays the great stronghold of House Stark rumored to be built by Brandon the Builder before the coming of the Targaryen dragons. Interestingly enough, this 14th century castle also made an appearance in Monty Python and the Holy Grail. If you loved Monty Python and GOT, you’ll get double the value from paying a visit. 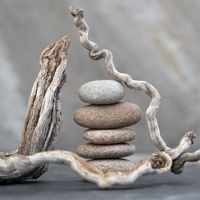 7 Zen-Friendly Websites to Keep You Calm and Productive ... 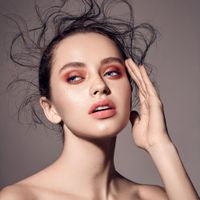 Daenerys Targaryen, the Wandering Queen, and her three dragons visit the city of Astapor in Slaver’s Bay at the start of season 3 to buy an army of Unsullied, the greatest slave soldiers across the Narrow Sea. The cast and crew felt this was one of the most fantastic places were Game of Thrones is filmed because it’s so laidback. The air of tranquility led the team to film many of the scenes across the city’s picturesque harbor front. Essaouira is a place that has long inspired artists and poets and it’s easy to see why.

The Summer Sea and Jade Sea haven’t made any appearances since season 2. Once again, the Mother of Dragons was wandering and this time she encountered the city of Qarth. Qarth, or the greatest city in the world according to its thirteen rulers, played host to warlocks, lovers, and vast traders. Lokrum Island was the shooting location and is one of the 1,244 islands of Croatia. If you love colorful peacocks and old monasteries, this is one of the essential Game of Thrones travel destinations you should visit.

Back to Morocco we go! Quarzazate has played host to multiple blockbuster productions in the past. Some of the old pictures include Lawrence of Arabia, Babel, and Kingdom of Heaven. Kingdom of Heaven’s sets were still in-tact so the Game of Thrones team reused the sets to serve as the free city of Pentos where Viserys Targaryen sells off his sister to the Dothraki Khal Drogo in exchange for an army, which he would later regret. With so many movies shot here, you can experience so many attractions in what they call the ‘door to the desert’.

Downhill Beach only acted as one of the minor Game of Thrones filming locations, but the area is a place of natural beauty in itself it’s definitely worth a visit. At the start of season 2, Stannis Baratheon, the hated brother of the deceased King Robert Baratheon, forsakes the old Gods and burns their historical idols on the beach. It’s just below the towers and ramparts of the port fortress of Dragonstone.

Game of Thrones is a great excuse to go to Northern Ireland. Even if you don’t care about Game of Thrones travel destinations, this is a unique place to visit in itself. The Hand’s Tourney of season 1 brought together the houses of Baratheon, Lannister, and Stark to witness a great tourney in celebration of Lord Eddard Stark’s appointment as Hand of the King. This scene saw the greatest concentration of star power in the series so far. County Antrim’s Shane’s Castle played host to the scene. It was built in 1345 and has remained in a ruinous state since the great fire of 1816. Ghost stories and myths like a chess set made out of human bones have helped the legend of this castle to endure.

What to say when he hurts your feelings ...
Indian food this or that ...
What can you get when your 18 ...
What do you eat for hanukkah dinner ...
What to say when someone comments on your weight ...
What foods are good for weight loss ...
What to make for dinner with rice? ...
How to prevent split ends ...
What chinese food to order ...
Is moschino made in china ...