21 Things You Should Never do on Public Transport ... 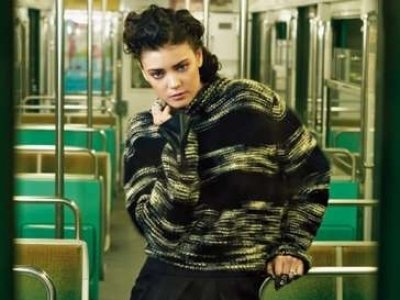 Things you should never do on public transport is a topic I happen to think about every day. This is because I get on the tube (London Underground) every day and it is absolutely filled with people who make me feel like my head is going to explode. I know I'm guilty of doing some of these things, too - only a few, mind you - but you don't tend to moan when you're the one doing it. And therein lies the problem. So, if any of you fellow commuters would like to avoid a subtle whack with someone's handbag, I have compiled a handy list of things you should never do on public transport.

Of all the things you should never do on public transport, this would be an obvious one, you would think. Alas, no. When it's hot outside and you've been working for ten hours, I can sort of understand. But in the morning, when you've just woken up? No. Excuse.

2 Have Your Music Really Loud

You might enjoy listening to some rapper singing about his bitches at half past seven in the morning. I don't. Nor do a significant number of other people you're forcing this on.

Oh my goodness. I feel like you're tapping directly on to my head. Jiggling is also unacceptable.

4 Dance or Schmooze to Your Music

Ok, so this doesn't really affect me, but I don't really want to see it. Do you know what I mean when I say schmoozing? Like the eyes closed, really getting into it, nodding of the head. It makes me uncomfortable. Let's keep those creative expressions for private, shall we.

I hate this. When someone puts one arm either side of me and I feel like I'm in a human cage. LET ME OUT RIGHT NOW.

6 Fail to Move down

Nothing, not anything is more infuriating than if you have a train to catch but you can't get on said train because people refuse to stand down the aisles. You're left on the platform, looking at all the glorious empty space you could have occupied as the train drives away.

7 Tell Other People to Move down

Equally, don't tell me to move down! Can't you see how busy it is on here?

8 Use Someone as a Book/paper Rest

Just not acceptable. The busyness of the train is not an excuse - if you're having to rest your book on somebody's actual head, put that book away.

9 Fully Extend Your Paper on a Packed Train

Do you know how much space a fully opened newspaper takes up? That's an extra two people there, dickhead! And that's not even getting started on the broadsheets.

Nothing makes me more angry than seeing a young, sparkling with energy-type person sitting down and wilfully ignoring the very pregnant or very old person in front of them. There's a special circle of hell reserved for you, my friend.

You know the people I mean. The ones that are all arms and elbows. I know they probably don't mean it, but one more elbow in the ribs and I might lose my mind.

12 Failure to Let People off the Train First

You won't get on the train any quicker. You are just causing CHAOS for everyone involved.

13 Standing on the Wrong Side of the Elevator

I think only people who aren't from London do this. People who are know that, if they do, the tired, sweaty wrath of fifty workers will shortly be headed their way.

If other people can HEAR the sounds of your mouths moving, you are not fit to use public transport. Please leave immediately and don't return until you've learnt some control. Best regards, everyone.

I've definitely been guilty of this. When you're drunk and getting the last train home, your burger sauce is flying everywhere and you're singing Beyoncé with your shoes off. Fun when you do it, intensely annoying when anyone else does.

I WILL DESTROY YOU.

I don't understand this. The people who refuse to hold on, then spend the entire journey stumbling on to other people's feet. Why?

Have you paid for an extra ticket for your bag? No? Then move it right now or I will chuck it out the window.

I have somewhere to be. So does the man walking a whisker in front of me. This is not the place to dawdle.

Obviously. The world could descend into anarchy and somewhere, we would still be queuing. Failure to adhere to the queuing rules is unforgivable.

I'm not sure how many of those things are uniquely British. Our reactions certainly are - someone could be so irritating, you are only seconds away from a full-on meltdown, but you'll probably just end up crossly apologising. Do people on public transport drive you mad?