39 Things to Tick off Your to-do List when You Visit Malta ... 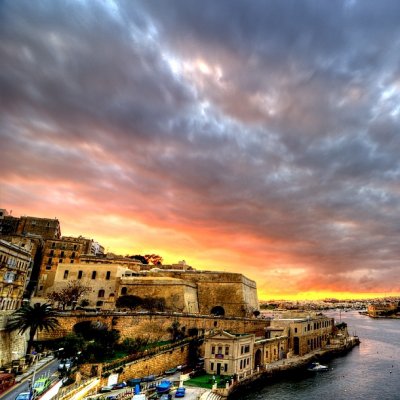 Malta (and its two tiny sister islands of Gozo and Comino) is surely the most underrated destination in the Mediterranean. I had the pleasure of visiting a few years ago and would happily go back. It has beauty in abundance - in its geography, history and culture. Malta certainly has no cross to bear when it comes to being a superb holiday destination.

1 Dive into an Open Cave

Via The 9 Most Stunning Cave ...
Malta's coastline is full of lots of hidden surprises including caves, grottoes and rocky inlets - like this cave on Mellieha

2 Swim with the Locals

Via Ghar Lapsi: Where the Locals ...
Ignore the tourist areas and head to Ghar Lapsi - it's where the locals love to swim.

Via Wandering Maltas alleys
Mdina is one of the main attractions of the Maltese Islands with Its old & medieval Streets, the baroque cathedral and ancient buildings, ...

Via Malta Captured
Popeye Village Malta has grown from its days as a film set into one of the major tourist attractions on the Maltese Islands filled with a number of colorful fun activities for all young and young at heart.

5 Look through the Azure Window

The coasts of all of the islands are full of stunning natural sights. This is in Gozo.

Most of the Maltese boats have the all-seeing eye on each side of the front to keep evil spirits at bay.

7 Be Bewildered by the Blueness

Via fbcdn-sphotos-h-a.akamaihd.net
Valletta is a fascinating capital city full of wonderful sights.

9 Get Mellow at the Marina

Via The Peak Effect: Malta
Vittoriosa Marina in Valletta

Via Blue Grotto, Qrendi, Malta — ...
The Blue Grotto is one of the most beautiful natural wonders of the Mediterranean.

11 Dig Your Toes in the Sand

Via It's a beautiful world
Colorful balconies in Valletta

Via malta at war museum - ...
The Malta at War Museum details the incredible defense of the island in World War II where the people held out against a German invasion and earned the George Cross honor from Great Britain.

14 Walk in the Footsteps of Prehistoric Man

Some of the oldest structures in the world are found at Hagar Qim on Malta. The Megalithic temples date from 3500-3200 BCE.

15 Get a Take on a Different Religion

16 Scale a Flight of Steps

Via Street of Steps
St. Ursula Street in Valletta.

18 Walk along the Promenade

Via Megalithic Temples of Malta - ...
Tarxien - the oldest free standing structure on Earth. Older than the Pyramids - seriously!

22 Drink in the View

Via allthingseurope: Grandmaster’s Palace,... - Young ...
The official residence of the Maltese President is the Grandmaster's Palace in Valletta.

24 Discover Your Head for Heights

Via Mellieha, Malta
Mellieha is a beautiful village at the northernmost tip of the Island of Malta,

Via Alley, Rabat, Gozo
Rabat on Gozo. There's also a Rabat on Malta.

29 See How the Wind Blows

32 See a Definition of Opulence

Via Magical Malta: Heritage and high ...
Dancers in traditional costume.

34 Spoil Yourself with a Day in Pretty Bay

Via Access Denied | Landscape and ...
The very lovely seaside resort of Birżebbuġa - known as "Pretty Bay"

35 Find Tranquility in a Green Space

36 Wander around a Seriously Old House

Via flickr.com
Pallazzo Falson in Mdina dates back to 1233.

37 Immerse Yourself in Maltese Arts

Via Redirect Notice
The National Museum of Archaeology