8 Independence Days Celebrated around the World ...

Celebrated on the 15th August, Indian Independence Day is one of the many Independence Days celebrated to commemorate the end of British rule. The holiday is observed throughout the country, with parades being held in most towns and cities, along with various celebrations surrounding the Indian flag. The flag is a symbol of the day: men, women and children will all wear clothing and accessories which contain the colors of the flag, and many families watch patriotic Indian movies together to celebrate.

The Australians celebrate their National Day on the 26th January, commemorating the arrival of the First Fleet at Sydney Cove in New South Wales – the day that the British settled for the first time in Australia. The main celebrations are the award of Australian of the Year (most of whom are selected for their sports or artistic talents), the Honors List being announced and announcements from senior government officials. 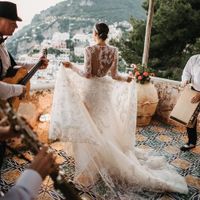 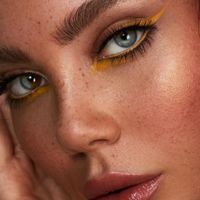 Haven't been in a relationship ever

Every year on September 16th, Mexico celebrates its National Day, known as the “Grito de Dolores,” which translates into English as “Cry of Dolores.” The celebration marks the beginning of the Mexican War of Independence against the Spanish in 1810; a war which lasted for 11 years before the Spanish withdrew. The day is celebrated with the President ringing the National Palace Bell, before citizens across the country sing the national anthem, and most people attend celebrations and parades.

One of the most well-known European National Days is the 14th July when the French celebrate Bastille Day, marking the Storming of the Bastille, an event which is widely recognised as the beginning of the French Revolution and the birth of modern France. The centrepiece of the day is the military parade down the Champs-Élysées Avenue in Paris. All over France there are family get-togethers, festive meals and plenty of fireworks.

One of the most famous Independence Days in the world is the celebration the United States. Every 4th July, Americans celebrate the signing of the Declaration of Independence in 1776, which freed the country from British rule. The public holiday is usually celebrated with BBQs, picnics, attending fairs and lots of firework demonstrations, and much focus on American pride.

Although the UK does not technically have a National Day, as Britain has not been conquered since the beginning of modern-day Britain in 1066, the de facto National Day is celebrated with the Queen’s Official Birthday. The Official Birthday is usually the first or second Saturday of June, but the date varies across the Commonwealth. The Trooping of the Colour is the main feature of the celebrations, with the BBC covering the ceremony and parade on television. Elizabeth I’s birthday actually falls on the 21st April, so she celebrates two birthdays each year. Unlike many other National Days, in the UK there isn’t a national holiday.

Some countries aren’t content with just one special day. In South Africa, May 31st is celebrated as the day which it gained independence from Britain in 1910. However the first democratic, non-racial elections were held on April 27th, 1994, and from then onwards the country has also celebrated that day as the end to Apartheid and a new, free South Africa.

The Netherlands celebrates Liberation Day on the 4th and 5th of May, marking the end of the occupation of the Netherlands by Nazi Germany. On the 4th, the “Remembrance of the Dead” is held, to honor those who died for the Netherlands in all wars. The next day, large music festivals and parades are held, attended by hundreds of thousands of people.

Do you live in a country with a special National or Independence Day? Please let us know how you celebrate.

wedding
10 Best Ever Wedding Planning Tips ...
skincare
Tips for Taking Care of the Delicate Skin around Your Eyes ...
love
5 Things Men Want but Will Never Tell You ...
health
9 Things to Ask Your Doctor ...
love
Haven't been in a relationship ever