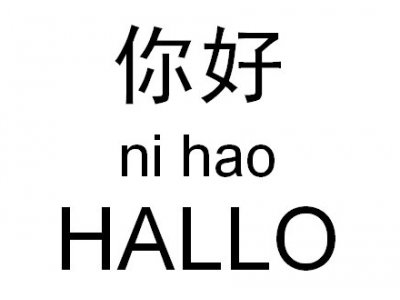 Spanish is one of the most common languages in the world. It is spoken by over a fifth of the world’s population. So, when you are learning ways to say hello in different languages, Spanish should be one of the first languages to consider. In Spanish, you say ‘hola’ when you want to say ‘hello’. The ‘h’ is silent and the word is pronounced o-la.

It is also important to learn how to say hello in Chinese. However, in this case, you need to know whether the person you are speaking to speaks Mandarin or Cantonese. In Mandarin, you say hello by saying ‘ni hao’, pronounced nee-haw. In Cantonese, you would say ‘nei ho’ or ‘lei ho’, pronounced ‘ne ho’ or ‘lay ho’.

Many of us also have dealings with Indians and so when you are learning ways to say hello in different languages, you should also learn to say it in Hindustani or Indian. People from different regions say ‘hello’ in different ways in India, but the most common way to say it is ‘namaste’, pronounced na-mus-thei.

The most formal of all Islamic greetings is ‘Assalamu Alaykum Wa Rahmatullahi wa Barakato’ which means ‘May peace and mercy and the blessings of God be upon you’. This may be shortened to ‘Assalamu Alaykum’. The correct response to this greeting is ‘Wa Alaykum Assalam’, which means ‘And peace be upon you also’. In the most informal setting, the Islamic greeting is further shortened to just ‘Salaam’ which can be responded to in the same way.

In the Hebrew language, the way to say hello is very similar to the shortest Islamic greeting, although the pronunciation is different. In Hebrew, you would say ‘Shalom’. You would also say ‘Shalom’ to say goodbye. It means ‘Peace’.

The Japanese have many different ways to greet each other and say ‘hello’. The best terminology to use is to say ‘Ohayou Gozaimasu’, pronounced ‘o-ha-yo go-zai-mass. On the telephone, you would say ‘Moshi Moshi’, pronounced ‘moh-shee moh-shee’.

It is not difficult to learn 7 ways to say hello in different languages. However, you also need to know the custom that accompanies it. In the western world, we usually shake hands. But in other parts of the world, people join their hands, or bow or even applaud.