Since 1888, the National Geographic portraits have brought the world glorious pictures of all people, all colors, all countries and all cultures. In the early years, it was hugely entertaining as the average person didn't travel much and the periodical brought to life wonderfully exotic and far off places and their peoples. In later times, National Geographic portraits have also been a chronicle, capturing not only everyday life but some people as some of the great world events unfold around them.

Via The Most Iconic Photographs From ...

Of all the National Geographic portraits - of which there are thousands - this must surely be the most famous. The arresting photograph of a beautiful Afghan girl in a Pakistan refugee camp was taken by Steve McCurry and graced the NG front cover in 1985.

This portrait of an old man in India was taken by Antonio Gibotta and was entered in the 2013 Travel Photo of the Year contest. 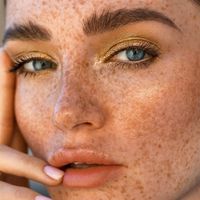 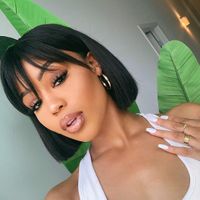 In 2011, Khaled Kabash brought us a wonderful study of contrast in color.

Some of the best travel photographs of people arise from the traveler's curiosity and fascination with a particular culture and not just because it's an interesting photo opportunity. This photo was from a series run in 1977 with the words by George E. Stuart and Gene S. Stuart and photographs by David Alan Harvey and Otis Imboden.

Another of the most recognizable National Geographic portraits from 1985.

Wow. This is from a series of National Geographic portraits on African wedding rituals. This young lady belongs to the Maasai tribe of Africa and if you look closely you can see the single tear in Nosianai's eye as she leaves her family home in the Loita Hills of southern Kenya. Photograph by Carol Beckwith and Angela Fisher

8 A Wrinkle in Time

Beauty is in the eye of the beholder. This special shot was taken by Nikki Krecicki in 2010.

In 1944, two-thirds of the world was fighting in World War Two. The coffee harvest still had to be gathered though.

Some portrait shots are so evocative of the decade they were taken.

Even when photographs were black and white, NG scenes were so evocative.

Via Gypsy Girl Poses in Traditional ...

Wilhelm Tobien brought us this lovely offering. I think it's important to remember that before TV documentaries and travel programs, magazines like National Geographic opened our eyes to other parts of the world and different cultures.

The placement of a human presence in a scenic shot provides scale and also gives some surreal scenes a sense of reality. (Photo by Justin Guariglia.)

The Suri people live in the Omo Valley in South West Ethiopia and are known for their face and body painting. (Picture by Stephanie Hunt.)

Mark Swan shot this startling portrait at a Hare Krishna Festival in London.

The Sami people live, herd and hunt in the upper reaches of Scandinavia. Their animal is the reindeer.

I love the National Geographic portraits of African peoples. They always have something to say. This proud lady from Namibia was shot by Jim Brandenburg in 1982.

I don't think it makes it any less striking that we can't see her face.

Wondering why the kids aren't dressed for snow? It's because it's not snow. It's sand. This is White Sands in New Mexico.

The cover photo from November 1975. The sunnies are fab-u-lous with that traditional costume.

A Native American Baby is oblivious to the goings on at the Pow-wow in White Swan, Washington, 1994.

Franklin Price Knott was a trailblazing National Geographic photographer. He started an epic journey around Asia when he was 73 years old in 1927, covering 40,000 miles, taking stunning pictures as he went. Prints of his National Geographic portraits are much sought after even today.

A Bedouin mother shields her child with her abaya.

This Mongolian man was 7 foot 5 inches tall. He was photographed in 1922 in Ulaanbaatar by Roy Chapman Andrews.

An animal will always upstage any human in a photograph.

A portrait of ethnic beauty.

27 A Woman's Work is Never Done

Via cooking light Photo by Bas ...

In the kitchen making rice crackers in Inle Lake, Myanmar (aka Burma) in 2008.

In case you don't recognize it - that's the glass pyramid at the Louvre.

The Berbers are a North African nomadic tribe. This gorgeous happy girl with the captivating smile was photographed in Morocco in 1968. Note the face tattoo - this practice is becoming increasingly rarer.

Look at all that stunning jewelry and she's not even the bride,
just a friend of the bride. Shot by Thomas J. Abercrombie 1971.

Brian Brake captured this image for the world to see in 1960.

This was one of a series entitled "Weaving around the World," run in 1977. She's so happy in her work. There's no way that smile was faked for the camera.

I don't know if this was deliberate or not, but I find the juxtaposition of the ancient tradition of the geisha girls in the background and the hip young couple in the foreground truly fascinating. Shot in 1960.

"The woolen cap on a younger child guards against cold winds, while the amulets and needles that decorate it ward off evil spirits."

36 Extreme Photo of the Week

I love National Geographic portraits where man is in a contest with Mother Nature.

37 Laundry Day at the Taj Mahal

But then, I also love the National Geographic people shots where a mundane, everyday task is happening near to the World's greatest sights.

Via Heroes Gallery | Entries For ...

A perfect tribute to the agony of displaced people.

Bryan Barbey presented this in his series of photographs illustrating "Nigeria struggles with the boom times."

Via Old Woman Photo by Vladislav ...

You can get away with anything when you're an old woman!
Photo by Vladislav Samorukov.

Another of the fabulous National Geographic portraits of men at work. A blacksmith shot by William Reed in Scotland, 1921.

Women have always known the benefits of a spa! Another great National Geographic people photo from Jonathan P. Blair.

The people of the Ivory Coast captured in 1982 by Michael and Aubine Kirtley.

People in Mozambique grind bark into a cream to protect their skin from the beating African sun. Photo by James E. Stansfield.

Is there anything more innocent than children at play? Peter Benchley caught them in Nantucket in 1970.

Brian Brake was in Beijing (Peking back then) in 1960 to make this shot.

I can't help but notice how flawless her skin is. A true African beauty. The Himba tribe lives in Namibia.

National Geographic portraits don't always have to contain a face to be breathtakingly awesome.

At the time of the photo - 1959 - Anaktuvuk Pass belonged to the Inuits, the last of Alaska’s nomads. He's playing with a caribou-hide face, a toy counterpart of tribal spirit masks.

In a craft that's been successful for centuries, the old man uses the bird to catch fish from the river Li in Guangxi, China.

In 2013, Eric Lew was on a guided trek in Peru's Sacred Valley (Lares Valley) when he met this boy and his goats.

56 A Sadu Pilgrim from Varanasi, India

I totally love that the caption to this photograph reads, "This is the colorful painted falcon shaped burqa that some traditional women wear, but is rarely seen on younger females," when in fact the picture is black and white so we have no idea how colorful the face mask is.

El Salvador, December 1944 - A bright spot in a world blighted by war. Women can always find the time to stop for a gossip.

However and in whatever way media develops, National Geographic portraits remain a hugely important and significant chronicle of humankind on Earth. Did you grow up with NG photos and do you still subscribe now?

love
How to tell your friend you like him
travel
7 Trails to Hike in Yosemite ...
movies
7 Summer Camp Movies to Get You in the Mood for Vacation ...
beauty
5 Fall-tastic Posts to BlogStalk ...
beauty
8 Inspirational Black Beauty Influencers You Should Know ...

How to make a man happy in bed ...
What to do if you don't like your name ...
Is it bad to have a crush on your cousin ...
What are some good starbucks drinks ...
What kind of food gives you energy ...
What to substitute for pasta ...
Why humans need meat ...
How to look sexy not cute ...
How to keep secrets better ...
Food infection is caused by ...