9 Interesting Things to Know about Mardi Gras in New Orleans ... 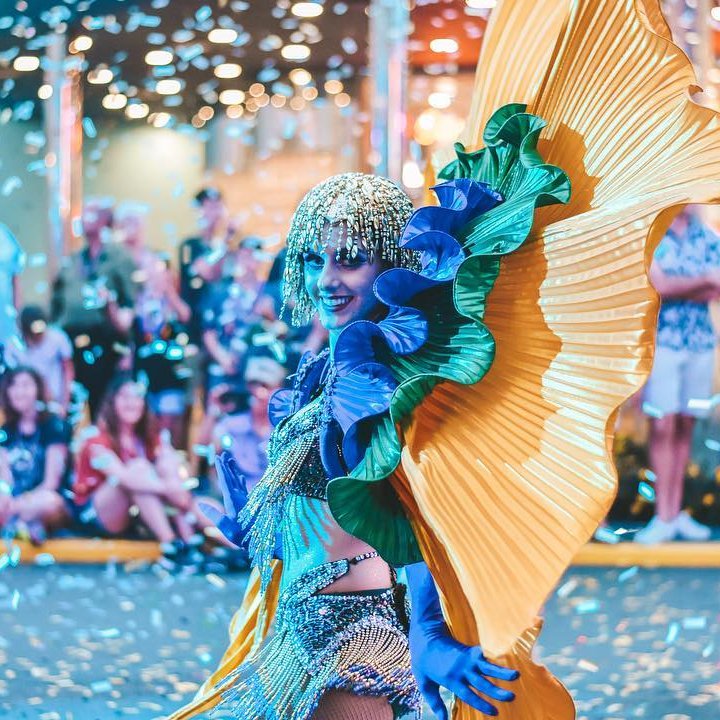 New Orleans is a Mardi Gras madhouse. If you’re heading down NOLA way for the party of a lifetime, there’s definitely some things you should know about Mardi Gras.

1 Where Does Mardi Gras Happen?

Throw beads are literally meant to be thrown. The habit is said to have started when a man dressed like Santa Claus became famous for throwing beads sometime around the 1880s, and because it was so popular, other organizations involved in planning carnival events (called “krewes”) continued the tradition. Before the bead throwing tradition, krewes would throw other items including food and dirt. Colorful plastic beads are purchased en masse today and thrown into the crowds. Occasionally the more old-fashioned glass bead strands are still thrown, but it is becoming increasingly rare.

3 Mardi Gras is Just One Day

4 Why is It Called Fat Tuesday?

Mardi Gras is French for Fat Tuesday. It’s “fat” because it’s the last day you can eat fat and rich foods before observing the ritual fasting of the Lenten season. Lent, which is 40 days long, commemorates the 40 days Jesus spent in the desert before beginning his public ministry. It is marked by members forsaking things like meat and any number of luxuries. Therefore, people who are about to embark on this tradition, feast on these foods before going into the period of fasting. In modern times, this has translated into a period of fun and consumption.

You never know what will be thrown from the floats. For example, there have been giant toilet bowl floats whose members threw sunglasses shaped like toilet bowls, mini plungers, monogrammed toilet paper, and other toilet-themed items. In Shreveport the Krewe of Highland float throws spam and hot dogs. You just never know what might come your way!

6 What Happens to the Stuff Tossed from Floats?

Officials have estimated that 25 million pounds of items get thrown from floats to parade observers. While many who enjoy the parade grab onto these offerings with enthusiasm, much of the “stuff” thrown from the floats ends up staying in the New Orleans streets. While tourists take these items as souvenirs, many of the local people end up donating things like strings of beads to local charities for the following year.

7 Mardi Gras is a Legal Holiday

Seriously! To the rest of the U.S. it’s just an awesome party but in Louisiana, they take it a bit more seriously. Furthermore, it has been a legal holiday since 1875, when Governor Warmoth signed the Mardi Gras Act. It is the only state in which Mardi Gras has been declared a holiday, despite being celebrated in states other than Louisiana.

8 Go to the End of the Parade

Most people like to be the first on the parade route to see the floats as they first come out, but the best place to be is actually at the end of the route. The reason? Float riders are looking to get rid of their throws, and if they haven’t thrown everything already, they tend to chuck their bags of goods to the last lucky few people on the route.

9 It Can Be a Family Event

Although the stories from friends, visitors, and the news are usually of unbridled and possibly illegal revelry, usually centered around Bourbon Street, the carnival season can actually be quite family-friendly. Parades are the main draw for families, especially along St. Charles Avenue between Napoleon Avenue and Lee Circle, where you usually find family picnics and barbecues. Parents of younger children often bring bags to hold the “loot”, since throwers in this area tend to throw kid-friendly items.

Are you heading down NOLA way for Mardi Gras? Can I tag along?