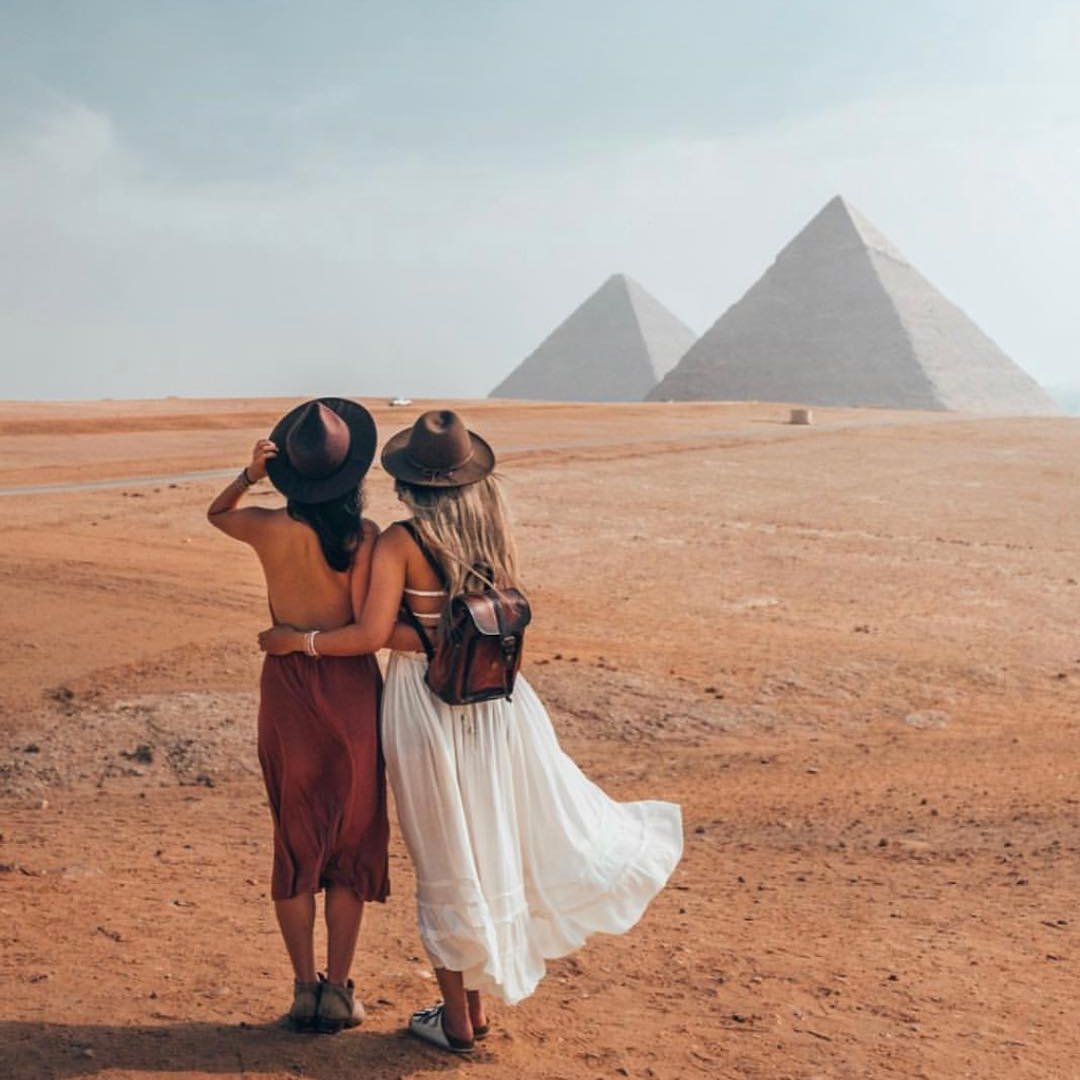 Egypt is one of the most fascinating countries in Africa, boasting a civilization and culture that has been in the making for over 7000 years. Although it is synonymous with pyramids, this North African country has numerous other attractions that will make for a memorable vacation. Whether you are looking to go on a luxurious cruise, romantic escapade, religious pilgrimage, or a cultural experience, the best Egypt tour Packages offer each and every traveler his ideal vacation and so much more. But which destinations should be included in your Egypt Travel packages for a surreal holiday?

1. The Pyramids at Giza

The Pyramids at Giza remain one of Egypt’s most sought out attractions and the last standing wonder of the ancient world. Built over 4000 years ago, the pyramids have stood the test of time and continue to baffle modern science till this very day with their engineering genius. The three pyramids at Giza were commissioned by Pharaoh Khufu, his son Pharaoh Khafre and Pharaoh Menkaure respectively between 2550 B.C and 2490 B.C. The Pharaohs built these massive pyramids as tombs to house them in the afterlife.

Another awe-inspiring feature at the Giza plateau is the Sphinx, a man-lion like a mythical sculpture that stands guard at the tombs. The Sphinx is believed to have been constructed during the reign of Pharaoh Khafre, most likely as a representation of himself. One of its most significant features is the missing nose- a phenomenon surrounded by numerous conspiracy theories. These two attractions are the centerpiece of most, if not all Egypt Tours, and for good reason.

The pyramids at Giza are located only 15 miles from Cairo, the capital city of Egypt. Touring this area with a guide is recommended as they will share exciting tidbits as you go along exploring these magnificent attractions. Depending on the time of year, it can get scorching, so wear light layers, bring a hat, and, most importantly, your camera!

The Egyptian Museum or the Museum of Egyptian Antiquities is a must-visit for all culture and art lovers. Located near Tahir Square in Cairo, this museum boasts over 120,000 items that represent essential pieces of Egypt’s ancient culture & heritage. The ground floor showcases a collection of papyrus- the official paper of the ancient world. These papyrus fragments & sheets appear in several languages, including Greek, Arabic, and ancient Egyptian. It also contains an impressive collection of gold, silver, and bronze coins. The first floor of the Egyptian museum includes artifacts, pottery, jewelry, statues, and mummies collected from the pyramids.

If you love everything about ancient Egypt, then the gods have conspired in your favor. In the latter half of 2020, Egypt will unveil the largest antiquities museum in the world- the Grand Egyptian Museum. Built-in proximity to the Pyramids of Giza, this 5.2 million square feet building will house over 100,000 artifacts, including 20,000 new relics that have never been seen before, making it the perfect place to lose oneself in!

The mighty River Nile is the longest river in the world, flowing through 11 countries from East Africa into the Mediterranean Sea. In Egypt, the Nile is a lifeline, supporting agriculture and electricity. For visitors, this majestic river is the perfect spot from which to explore the ancient wonders of Egypt, aboard a cruise ship in complete luxury.

A luxury cruise in the Nile will take anywhere between three and seven days, depending on your preferences. The most common route is between Luxor and Aswan, or vice versa. Life on the deck is idyllic and pleasurable, and you can spend your time indulging in several activities from reading to taking a dip in the pool.

During the day, you will get a chance to tour the villages, haggle in the local markets and explore the many monuments and temples along the river such as the Karnak Temple & the Valley of the Kings. Dinners on a Nile cruise are magical, featuring fresh ingredients served under the stars. For those who are short of time, day cruises are also available.

4. The City of Alexandria

The Mediterranean city of Alexandria is the second-largest city in Egypt. It was founded by Alexander the Great and, over the years, has played an essential role in the history, art, and culture of Egypt. A tour around this famed city will reveal museums, palaces, ancient architecture, and even a Roman theatre! The Kom el Dikka, or ‘mound of rubble’ located along Yousri Street, consists of a Roman-style amphitheater and Ptolemaic temple.

In the Carmous district, the Catacombs of Kom el-Shuqqafa, dating back to the 2nd century A.D., showcase a fusion of Egyptian and Roman architecture. Inside you will encounter a burial chamber and a banquet hall.

Another significant feature in Alexandria is the Lighthouse, also known as the Pharaos of Alexandria. It was constructed between 280-247 BC, and for centuries remained one of the tallest buildings in the world, earning a place in the list of the ancient wonders of the world. Unfortunately, it was destroyed by a series of earthquakes, disappearing entirely in 1480. Its ruins were discovered undersea in 1968, and some of its granite blocks are on display in Alexandrian Museums. It is possible to see the ruins in a diving expedition, and UNESCO is working on adding the Lighthouse to its list of submerged cultural sites.

St. Catherine’s Monastery is a UNESCO World Heritage site that holds intriguing history and fascinating legends. Located in the Sinai Peninsula near the town of St. Catherine, the monastery was commissioned by Empress Helena in AD330, as a home for monks. St. Catherine was a Christian martyr who was beheaded for her faith and for whom the area is named. According to legend, her body was found nearly 300 years later in perfect condition.

A visit to St. Catherine Monastery opens the door to a lot of fun and adventure. For starters, the monastery is an important pilgrimage site to date featuring a basilica, a museum, and a library. A tour of the library reveals numerous Christian manuscripts and codices, including an ancient translation of the four gospels of the Bible, called the Syriac Sinaiticus. The museum showcases gold artifacts, parchments, chalices, liturgical objects, and antique bibles.

St. Catherine Monastery is home to what is believed to be the site of the ‘burning bush’- the place where God revealed Himself to Moses in the Bible. The compound also features The Well of Moses, said to be the place where Moses was resting when he met the daughters of Jethro, and his future wife, Zipporah. Without a doubt, St. Catherine Monastery is an intriguing place to visit, especially for Christians.

So those were some of the must-see places to visit in Egypt, but they’re not the only ones, The alley of the Kings, Khan el Khalil Bazaar & the Karnak temple and many others await you on your next visit to the Homeland of the child king Tutankhamun.