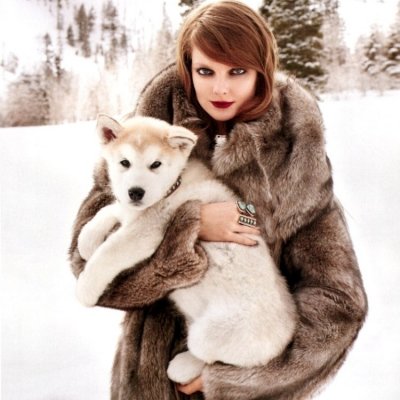 Whether you hate it or love it, winter has arrived, so what better time to find out some fun facts about snow? I love snowy days but unfortunately, this winter hasn't been very generous in this regard yet (not where I live). Only freezing cold, fog, slippery sidewalks, and maybe two or three snowflakes. Bummer! So, as an incentive for Ms. Winter to give me what I want, I've put together this list of facts about snow you might not know.

One of the most surprising facts about snow is that it isn't actually white - it is colorless. I wonder what Snow White would have to say about this. Due to its complex structure, snow is very efficient at reflecting light, and what little sunlight isn't reflected is absorbed evenly over the visible light wavelengths, therefore giving snow a white appearance.

While snow itself is colorless, some algae that grow on it and pollutants can make it appear orange, yellow, red, green, pink or brown. In 2007, locals in a small Siberian village woke up one day to discover that the snowflakes falling from the sky were orange! Russian scientists believed it happened because of the many polluting industries in the area.

Did you know that the average snowflake contains up to 180 billion water molecules?

Did you know there is a condition called Chionophobia that causes an intense fear or hate of snow? One of the largest fears of those suffering from this condition is the idea of becoming snowbound. Chionophobia can cause panic attacks, cold sweats and even unrealistic feelings of doom.

5. What do Bombs and Snow Have in Common?

Not much really, except for their devastating power. A single snowstorm can dump almost 40 million tons of snow, which carries energy equal to over 100 atomic bombs. Maybe Chionophobics have a point…

I'm sure you've heard that Eskimos use around 100 distinct words for snow. Well, this isn't exactly true. They actually have pretty much the same number of different word roots that refer to snow as we do in English. The difference is that their languages allow more variety in how the root can be transformed when forming a word, thus being able to create an unlimited number of new words on any topic, not only snow.

Since we're talking vocabulary, did you know skiers and snowboarders in the early 1900s came up with their own terminology to refer to various types of snow? The funniest terms include: mashed potatoes, cauliflower, dust on crust, champagne powder and pow pow.

8. The Largest Snowflake Ever

Among the many fascinating facts about snow, you might want to know that the largest snowflake ever reported was 8" thick and 15" across. It was discovered in 1887, in Fort Keogh, Montana.

Created every January on snow and ice, the Wapusk Trail in Canada is the longest temporary winter road in the world, boasting a length of around 470 miles.

10. Most of Our Freshwater is Frozen

Did you know that 80 percent of all freshwater on our planet is frozen as snow and ice? If Earth's surface was completely smooth and you could melt all that frozen water, the sea levels would go up to an altitude of 2.7 kilometers!

Which of these facts about snow surprised you the most? Do you know any other interesting ones you'd like to share? And, finally, can any of you please, please, make it snow where I live? Pretty please?