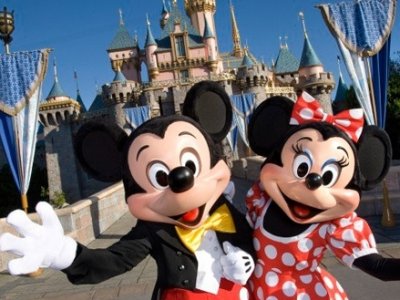 You would think that with all the candy in Disney World, there would be gum on the rides or streets. But one thing you didn’t know about Disney World is that they don’t sell gum on the property. Makes sense, doesn’t it? It would take so much work to stop little kids from throwing gum where it shouldn’t go. I can’t believe how brilliant it is that they thought of that and then planned around it.

Slightly more well known is that there are a series of tunnels underneath the parks. Think about it. You never see Tiana wandering around in Tomorrowland or Buzz Lightyear lost in Frontierland. That is because they use this underground tunnel system to get from place to place. You can even get a tour of the tunnels for a price, although you do have to be over 16 so as not to “ruin the magic.”

You may remember Main Street, USA in Magic Kingdom from it’s delicious scent and amazing view of the castle. What you may not have know is that there are smellitizers which pump this artificial scent into the stores and street in order to entice people to enter. What’s more, the street is on a slight diagonal and narrows in towards the castle to compliment the structure. Walt Disney wanted the elevation so at the end of the day in the park, people would be able to casually walk downhill to the dock and monorail. Smart!

I find this fact incredible. The Presidential Seal in the “Hall of Presidents” was placed there by an Act of Congress. There are only three seals out there: the oval office, the hall with the Liberty Bell, and in Disney’s “Hall of Presidents.” It just goes to show how far Disney would go to make the park as authentic as possible. Next time you’re there, check it out!

I always loved going around the countries at Epcot and seeing what each one had in store. The fun fact is that based on its size, they can actually fit in 8 more countries! I wonder what they could be? And if they will put them in? Epcot suggested in 1982 that Israel, Equatorial Africa, and Spain were in consideration. Oh I hope they add some new countries!

There are a few fun facts about Animal Kingdom. There is a dragon on the “Animal Kingdom” sign because there was supposed to be a part dedicated to mythological creatures called Beastly Kingdom. Clearly that didn’t happen. But to this day you can still see the dragon between other animals on the sign, something that I find quite entertaining.

The ride “Dinosaur” was sponsored by McDonalds. And to this day you can still see their mark inside. Designers wanted a casual shout-out to McDonalds for all their support in building the ride. So inside you can find three pipes - red, yellow and white - that have chemical names on them. Those names? Ketchup. Mustard. Mayonnaise.

Disney World has many behind-the-scenes facts that are rather fascinating. What do you find most interesting? What are some other secrets about Disney World?