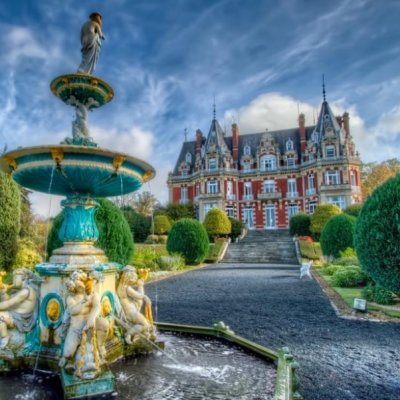 Broadening your horizons regularly can be an expensive habit, but there are some really great ways to get cultured in the UK without blowing your budget. Whether you’re a student or a woman of the world, these ways to get cultured will have you immersing yourself in art, theatre, music and movies for a few pennies or pounds.

1 “Pay What You Can” Theatre

The UK is famed for its theatre, especially the London West End. However, one of my favorite ways to get cultured on a budget in the UK is to attend a “pay what you can” theatre performance. The idea is simply that the general population should not be priced out of the wonder that is British theatre, and so attendees are asked to contribute as much as they can at the end of the performance. If you can afford to pay a bit more, please do – these actors are often living on very tight budgets, and perform because they love sharing what they do with the world. If not, it’s a great way to get some cheap culture!

British television is great. ITV, the BBC and Channel 4 all use a free ticketing system where members of the public can be part of a TV show audience. Often audience members are asked to attend on very short notice (a day or two before the taping, generally), so if you have a flexible schedule it can be a nice way to spend an afternoon. The studios aren’t limited to London, but extend into the regions and Wales and Scotland, so you should always be in traveling distance of a taping.

Wondering how to get a culture fix while in London? Go to the Speaker’s Corner in Hyde Park on a Sunday. Every week, colorful speakers from across the country (and world) will descend on Speaker’s Corner to, well, speak. Everything from serious political problems the world faces, to people who want to give out hugs to passersby are all commonplace at Speaker’s Corner. You never know what to expect!

A good way to find some cheap culture in the UK is to attend one of the various comedy festivals. Whether you attend some free shows at the famous Edinburgh Fringe Festival, or focus on the cheap tickets at venues such as Brighton, you can have a laugh and get to know some of the upcoming British comedic talent.

Every English kid has been to Cadbury’s World, and there’s no reason you shouldn’t go too. Tickets for students are roughly £12, and include a ton of complementary chocolate while you walk around the factory and see the world-famed chocolate being made. Not only is this a great way to get cultured, but you can spend all day munching on chocolate – what better way to spend a day out in the UK?

If you are looking for a culture fix, look no further than independent cinema. Indie films are always all the rage and they offer a wide range of films to suit everyone’s tastes. Whether you want to see the latest horror-thriller made on a Mac Pro in someone’s bedroom, or are more interested in a documentary detailing the horrors of the food industry, independent cinema has you covered.

All of London’s museums and many local museums are free to enter for both British residents and foreign visitors, so soak up some British culture by checking out any of the museums the UK has to offer. There is a museum of practically everything in the UK, from animatronics to zoological. There’s so much to see and so much to learn.

Don’t sit and bemoan your lack of entertainment budget. If you want a culture fix, it’s easy to get it on the cheap in the UK. I love museums. Where’s your favorite place to get some culture?