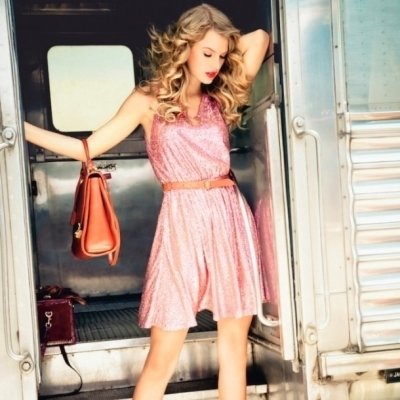 The hassles of airports are bad enough without the uncomfortable pressure that builds inside your ears during airplane flights, also known as ear barotrauma. Ear barotrauma occurs when the eustachian tubes get blocked and your body cannot balance the air pressure inside and outside the eardrums. The temporary hearing loss has only one benefit: It comes in handy when you encounter the misfortune of sitting near a nonstop loud talker. Unfortunately for some people, however, ear barotrauma is much more than discomfort; it’s downright painful. Planning ahead is key. There are ways to minimize the effects of airplane ear pain.

Begin taking decongestants containing pseudoephedrine and guaiphenesin (Mucinex D, for example), provided you’ve got the go ahead from your doctor, 24 to 48 hours prior to your flight. If you suffer from allergies, be sure to take your antihistamine pill and prescription steroid nasal spray. Choose nonstop flights when possible, and drink enough water prior to boarding to stay hydrated so that your mucous membranes do not dry out. If you normally experience ear pain in flight, you might consider taking some pain medication, such as Advil or Tylenol, prior to boarding.

Pressure-equalizing earplugs (such as EarPlanes brand) can be purchased at drug stores or at the airport. They are designed to minimize the pain from the rapid changes in cabin pressure. Insert them as soon as you are seated on the airplane and again at least 30 minutes before descent. If it’s a short flight, you may want to leave them in for the duration. There have been mixed reviews on the success of filtered earplugs, but, when in pain, it’s worth a try. Bonus: The nonstop loud talker seated near you will sound muffled.

Using vasoconstricting nasal sprays (such as Dristan or Neo-Synephrine) right before takeoff and prior to descent will keep your nasal passages clear. Many people chew gum to keep their jaws moving. Sucking on lozenges maintains the goal of swallowing as often as you can. You can also inhale and blow through your nose very gently while pinching your nostrils shut to force air through the blocked eustachian tubes.

4. Be Sleepy but Stay Awake

Yawning can be very effective for relieving the pressure by making your ears pop, so being a bit tired might be to your advantage. You do not want to be asleep, however, during the ascent or descent. Those are the critical times to make conscious effort to swallow often, to keep your jaws moving and to relieve the pressure as best you can.

Encourage young children to swallow by sipping a beverage during takeoff and descent or using a pacifier while sitting up. Since young children should not chew gum, drinking through a straw or blowing bubbles through a straw may help. Decongestants are generally not recommended for young children. Talk to your pediatrician regarding prescription ear drops that contain a pain reliever and numbing agent.

Stay away from alcohol and caffeine before and during flight. Both are dehydrating and can cause the mucous membranes to become inflamed. Smoking will exacerbate the situation. If you can, avoid flying when in the throes of an upper respiratory illness and suffering from congestion. If you are a nervous flyer, choose to instead self-medicate on an indulgent, calorie-laden treat (unless you are prone to motion sickness, of course—a topic for another time).

Temporary hearing loss and associated discomfort should return to normal within an hour after landing. In the meantime, enjoy not having to listen to your traveling companion complain about his or her lost luggage. However, if you have pain, dizziness, ringing in the ear or hearing loss for several hours, you need to see a doctor. If painful ear barotrauma is a chronic problem for you, you should discuss treatment options with your doctor—perpetual suffering every time you fly is not one of them.

If you need to travel often, it’s smart to keep your immune system strong by supplementing healthy eating and exercising with anti-inflammatory and immune-boosting herbs and vitamins such as turmeric, ginger, astragalus, elderberry, echinacea, goldenseal, oregano, Vitamin C and probiotics. Have you tried any of these remedies or some others not mentioned here? If so, other than abstention from flying (my number one choice), have you found some effective relief?