7 Types of People You Need to Avoid at the Airport ... 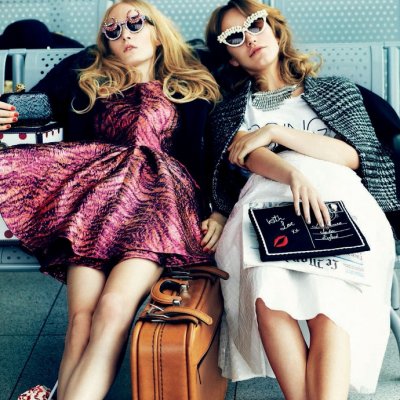 The experience of an airport can be bad enough but if there’s one thing guaranteed to make it worse, it is certain types of people. An airport is a melting pot so it’s a sure thing there will be personalities that will rub you up the wrong way. Here are 7 types of people you really hope you don’t bump into.

Everyone knows traveling is stressful but some people deal with it by hitting the airport bar or dipping into their duty-free liquor early. Definitely one of the people you don’t want to meet at the airport, this juiced up joker may try talking your ear off, become obnoxious or belligerent, laugh uncontrollably or worse, cry. Hopefully, before they say something they regret, they’ll just doze off and miss the flight. If not, let’s hope they get dragged off by airport security before you find yourself sitting next to them on the plane.

You may wonder if these unruly youngsters were simply taken to the airport and left by frazzled parents, because ever since you sat down you haven’t seen an adult anywhere around them. Often, these kids are racing around, jumping up on chairs and screaming at the top of their lungs, stomping on your toes as they race by. Usually, one will fall down and begin crying hysterically, which sometimes spurs the parent to finally take some notice of the hurricane that just went through the waiting area, but not always.

The gate guard stands like a sentinel as close to the gate as physically possible without being asked to back up a few steps. Even if the flight isn’t boarding for another hour, and even if this person ends up in boarding group five, they refuse to move even when people are beginning to board the plane. Their luggage, undoubtedly oversized and imposing, rests calmly by their side like a guard dog. When they inevitably get asked to move so others can board more easily, they will likely become quarrelsome.

Just one little thing doesn’t go their way and they are reminding the gate agents, staff and anyone within earshot of who they are. They may shout, “I am a Double Platinum Elite Status Club member, for your information!” or some other fake, paid-for title they wish to attribute to themselves. They may issue empty threats or tell anyone who will listen all the entitlements they deserve. They will expect the privileges of royalty and don’t care that delays or any other travel-related inconvenience they are experiencing is also being suffered by everyone else.

In prison, a celly is the person a prisoner shares a cell with. In life outside a prison, a celly is one name for a cell phone. In an airport, it is actually possible to become a prisoner of a passenger’s cellphone conversations as they reveal to the world, at full volume, things that aren’t usually made public. This makes you, the captive audience, a celly to the celly. This person may discuss marriage problems, medical test results, confidential work issues, and hopefully, their cell phone number so you can text them and tell them to shut the hell up.

6 Overlord of the Outlets

Airports often have one outlet for about 100 people. This person hogs all they can find. The laptop and cell phone might be charging, and when charged they may be swapped for the iPad, Kindle, Game Boy, or whatever other electronic equipment needs charging. Of course, it doesn’t matter that your phone is dying or that they could easily charge several items using a USB or other computer port at the same time they are charging the laptop. Someone tell this person to pack a power strip next time!

You kind of feel bad for them, because they are obviously suffering. And if it were easier to change you plans and get on different flight in a few days, they probably would have made that choice. But here they are, coughing and sneezing without covering their mouth, and touching every surface without washing their hands. They seem more than willing to share their pain, after all, misery loves company, right? But they won’t be anywhere around when you start to feel the first sniffles a few days later.

These are my least favorite kinds of people to meet at the airport. What characters get your goat?