2014 marks Yosemite’s 150th anniversary, made possible by the signing of the Yosemite Land Grant by President Abraham Lincoln in 1864. The grant marked the first California State Park. Since that time, generations of families have enjoyed the park, and it has been an inspiration to people like photographer Ansel Adams, Albert Bierstadt and Thomas Moran. More than 150 events are planned to mark this historical anniversary. On the event calendar are several art shows and concerts, along with history-themed fun like loggers jamborees, reenactments and exhibitions, so you can celebrate one of the biggest of the travel anniversaries in 2014.

Built in 1961, the large wall effectively cut East Berlin off from western civilization. Following a series of political changes and upsets in the Eastern Bloc, former authoritarian system began to fall, and along with it, the Berlin Wall. In 1989, East Berliners were allowed access to West Berlin and happy Germans began to chip away at the wall, until it was completely destroyed in 1990. On the 25th anniversary of the fall, Berlin, Leipzig and Dresden, instrumental in the uprising that lead to the fall of the wall, will be celebrating with gusto, but most of Germany will have some sort of commemoration marking the event. There are events and exhibits, cycling tours along the Wall Trail, visits to former watchtowers, and tours of East Berlin. 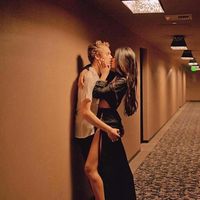 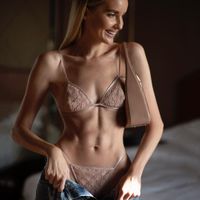 Toning and Sculpting Exercises for Girls Who Want a Beautiful Back ...

This iconic Paris landmark was only supposed to remain for 20 years after it was erected for the 1889 Exposition Universelle. On its 125th anniversary, we’re glad it endured. For 40 years after it was built it was the world’s tallest manmade structure. Standing at over 1000’, the view from the top is incredible. As if anyone needs an excuse to visit Paris, this monument offers one good reason, but in addition, the pyramid at the Louvre is also celebrating its 25th anniversary. Two historic attractions, two 2014 travel anniversaries - just one trip!

2014 marks the 70th anniversary D-Day and the Battle of Normandy during World War 2, which lead to the restoration of the French Republic and contributed to the Allied victory in Europe. The landing in Normandy was the largest seaborne invasion in history. From June to the end of August, there will tours and celebrations marking the event, marked by visits form famous people. Holland America is even offering a 12 day D-Day cruise.

The impact Shakespeare had on the English language is profound, and his works remain popular to this day. Multiple Shakespeare groups will perform plays all over the world. The Royal Shakespeare Theatre in Stratford-Upon-Avon (Shakespeare’s home town;) will go on tour, and the famous Shakespeare Globe Theater, a recreation of the theater in which Shakespeare and his company performed, will hold special events. Stratford-Upon-Avon, the Bard’s home town, has been celebrating Shakespeare’s birth for over 200 years. Italy also has a number of attractions related to Shakespeare, since many of his plays are set there. Visit Venice, home to the Merchant and Othello, or Verona, the setting for Romeo and Juliet. Be sure to visit Juliet’s house while you’re there!

The Panama Canal remains a marvel of engineering, and is one of Panama’s biggest attractions. On its 100th anniversary, take a trip through the canal, which can take nearly all day. You’ll be able to experience being lifted by the locks, as well and enjoy the tropical scenery.

A number of sites all over the world are marking the 100th anniversary of the “Great War.” Visit the National World War I museum in Kansas City, Missouri, a 32,000 square foot facility with 2 theaters, artifacts, exhibits and a replica of a trench. Travel to Gallipoli, Turkey, for Anzac Day, commemorating the entrance of Australia and New Zealand in the war, or travel along the Western front, also known as Flanders Fields, near Belgium and Northern France. Today, the area known as Flanders Fields is home to thousands of poppies, flowers which came to symbolize remembrance of those lost in war.

Not that you need an excuse to visit these great attractions, but the travel anniversaries in 2014 certainly give more reason. Are you visiting any of these places this year?