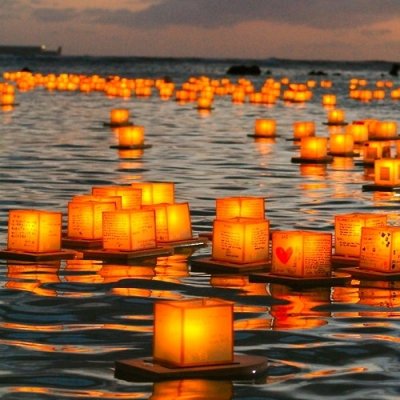 China is a land of festivals and celebrations. It is a country where culture and heritage collide with how people live their daily lives. Here is a sneaky peek of some traditional Chinese festivals and what happens during these times:

More popularly known as Chinese New Year, the Spring Festival is considered the most important festival for the Chinese. It is the time when family members get together, much like how most of the families around the world celebrate Christmas. People who live and work in major Chinese cities go home to their provinces. The days leading to the Spring festival is the busiest time for all transportation systems in China. Red envelopes containing money are given to children and unmarried family members. This year, Chinese New Year falls on February 19.

This festival comes after Chinese New Year or the 15th day of the first month. As the name suggests, lanterns are hung everywhere and the brightest ones symbolize good luck and hope. A Chinese friend shared that “guessing lantern riddles” is an important part of the festival. Those who can guess the answer to the riddles are given gifts.An older tradition also points to the Lantern Festival as the festival for matchmaking single men and women.

This day is especially reserved for departed loved ones. Family members visit the grave sites of their ancestors, sweep their tombs and offer food and drinks. It usually falls in early April and is considered a public holiday in mainland China. It is a tradition to burn spirit money and paper replicas of other material possessions as the Chinese believe in the afterlife. Family members kowtow before the grave site in order of seniority.

This is a festival I particularly enjoyed because I was a part of the “cheering committee” of our school team at Fudan University in Shanghai. The Dragon Boat Festival commemorates Qu Yuan, a former state minister and one of China’s poets. The reasons why people eat zongzi (pyramid-shaped glutinous rice dumplings wrapped in reed or bamboo leaves) and drink realgar wine during this festival is connected to the sad fate of Qu Yuan.

Otherwise known as the Moon Cake Festival because moon cakes are given as gifts to family members and relatives. I believe that this is the second most celebrated festival (next to the Spring Festival) as everyone bugs out of the cities and goes home to their respective provinces days before the event. Central to the celebration of this festival is the story of Chang-E, who was married to a warrior named Hou Yi and how “she saved the day” by drinking the elixir of life.

Take this as the Chinese’ version of Valentine’s Day. Meet the Cowhand and the Weaver Maid: the former, a man and the latter, a fairy from Heaven who came down to Earth. They fell in love and got married. The God of Heaven found out about the forbidden relationship and sent the Queen Mother of the Western Heavens to get the Weaver Maid back. The Cowhand tried to follow with a celestial cattle but the Queen Mother was too powerful. They were allowed to meet only once a year: on the 7th day of the 7th lunar month. This is not a holiday in China though. This year, this festival falls on August 20.

Rounding up this list is the Winter Solstice Festival or the “Chinese Thanksgiving”. The Chinese believe that the yang or the positive forces will become stronger after Winter Solstice hence, it should be celebrated. During this festival, families gather and eat tangyuan, a dumpling ball made of glutinous rice flour. In other parts of China, this is also another time to visit the ancestors’ tombs to present offerings.

Which one of these festivals do you like best?