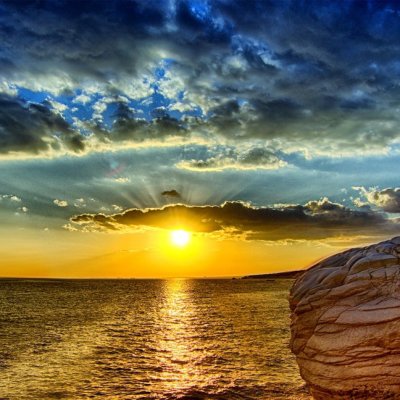 Having been occupied by the Assyrians, the Greeks, the Turks, the Persians and the Romans, it’s no wonder that Cyprus is a bit mongrel, a lot mysterious and loads fascinating. This gorgeous Mediterranean island is the famed birthplace of Aphrodite, and is packed with ancient villages, medieval castles and archaic ruins. It’s also go fabulous beaches, wondrous food and great entertainment. I bet you’re now dying to hear of some of the attractions of Cyprus. 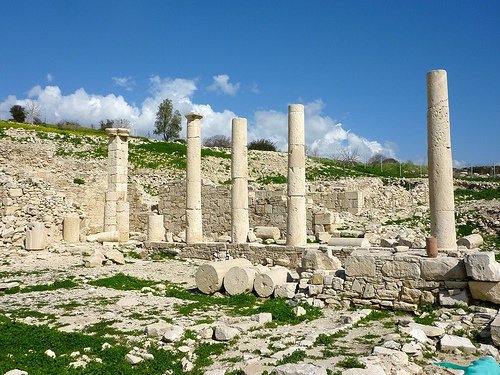 Amanthus is the oldest settlement on Cyprus and deemed to have been an Eteocyprian village when it was first founded in 1,050 BC. In the intervening centuries Amanthus became home to various Greek communities who worshipped the Goddess Aphrodite. Phoenician, Persian, Ptolemy and ancient Roman invaders all came to live in this settlement at one point or another. Amanthus appears to have been abandoned in the latter part of the 7th century, but the site has revealed many treasures, including several well-preserved tombs, an agora, public baths and an acropolis and temple dedicated to the Cult of Aphrodite. Dating back to the eighth century BC, the mysterious ruins of a palace are also one of the great attractions of Cyprus. 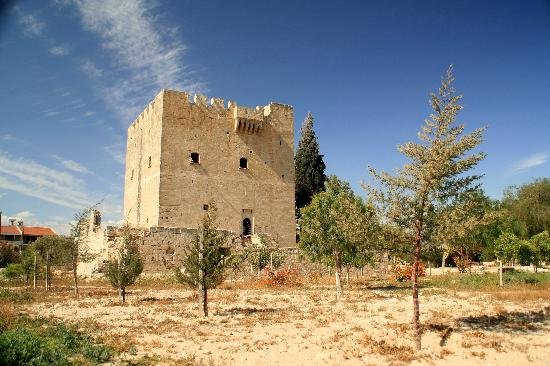 Situated some 14 kilometers west of the city of Limassol, Kolossi Castle can be found at the south-westerly edge of Kolossi village. Originally built in 1210 as fortress for the Knights Hospitallers, Kolossi Castle was of great strategic importance in medieval times and was used to guard a huge sugar production plant. Sugar was one of Cyprus' main exports during the Middle Ages. Today one a single 3-storey keep with an affixed rectangular bailey is still standing, measuring ca. 30 by 40 meters. In 1306, when the rivalries among the factions of the Crusader Kingdom of Cyprus came head to head, the castle was taken by the Knights Templar, but returned to the Knights of the Order of St John of Jerusalem (Hospitallers) in 1313.

3 The Neolithic Settlement at Kalavasos-Tenta 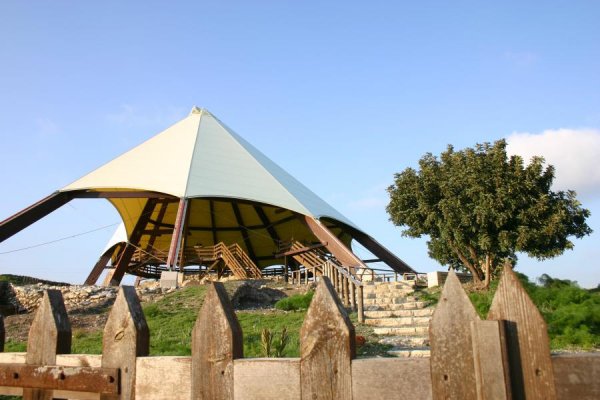 Among the ancient attractions of Cyprus the Neolithic settlement of Kalavasos-Tenta is one of the oldest, dating back to the eighth millennium BC. You'll need a sturdy pair of shoes to explore this site, which boasts many fine ruins, including the original winding walls that once protected the circular village huts. The ancient site is located some 4 kilometers south of modern-day Kalavasos, in the district of Larnaca. The village was discovered by Porphyries Dikaios in 1947 and finds from the various archaeological digs undertaken at this site are on display at Larnaca District Museum.

4 Visit the Tombs of the Kings 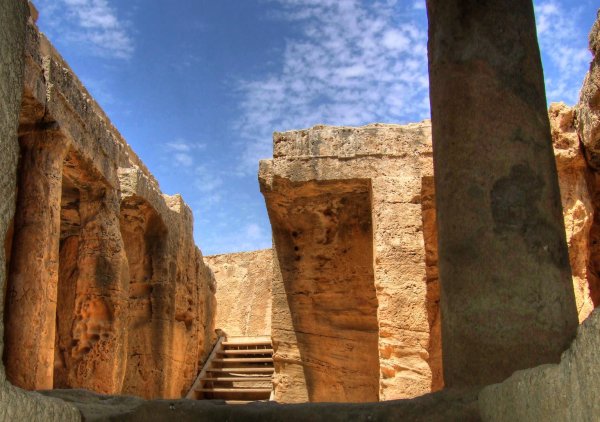 Located some two kilometers to the north-west of Pathos, the large complex that forms the necropolis or tombs of the kings is a UNESCO World Heritage Site of considerable importance. Many of these underground tombs date back to the 4th century BC and were carved out of solid rock. They are believed to represent burial sites of Paphitic aristocrats and high-born officials who were buried here until the 3rd century AD. Although called the tombs of the kings, no royals were ever buried here - the necropolis got its name because the tombs are so magnificent, people naturally assumed they were the final resting places of kings. Many of the tombs are decorated with lovely frescoes and boast elegant Doric columns. The site is one of the greatest attractions of Cyprus and archaeological digs are still continuing to this day. 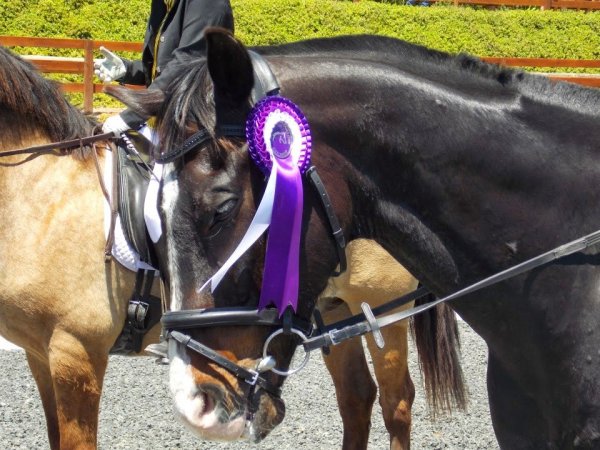 If you want a break from visiting ancient burial sites and monuments from antiquity, head out to Eagle Mountain Ranch and enjoy a day out pony-trekking in the peaceful countryside of Mesogi, which is a mere 10 minutes' drive from Pathos. The ranch has a range of horses and ponies suiting all levels of rider experience. 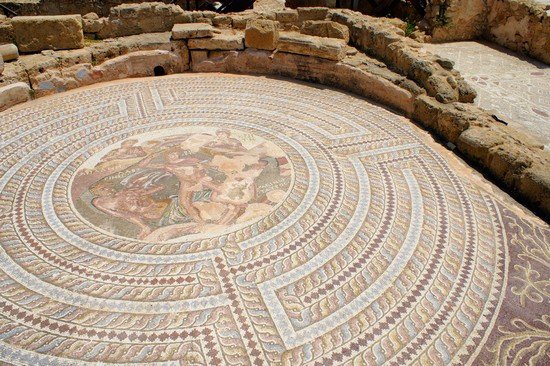 This archaeological site dates back to 4th century BC and once served as the island's capital. The city had its own thriving theater and boasted impressive Roman villas that were believed to be the homes of the gods Dionysus, Orpheus and Thesus. The site also features an ancient public square (agora) and the Byzantine Castle of Forty Columns, called Saranta Kolones locally. Built in the 7th century AD, the castle's imposing granite columns and other fortifications were mostly destroyed by an earthquake in 1222. The ruined castle is part of the Paphos Archaeological Park. You can still see many of its 3-meter thick walls and the outlines of its original four corner towers and four intermediary towers. 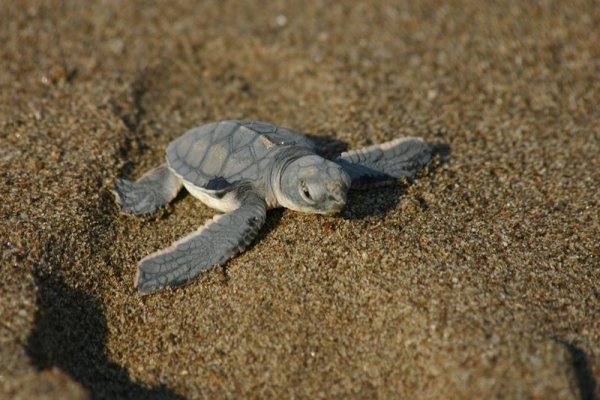 Loggerhead and Green Turtles are on the verge of extinction and at the top of the list of endangered reptiles. If you are passionate about conservation, visit the Lara Toxeftra Reserve, where the turtle conservation station looks after turtle nests, rescued from sites around Cyprus, and nurses adult turtles back to health, after they were caught in fishing nets. You must stick to the existing paths, when you visit and visitors are not permitted to disturb wildlife or sand-dune vegetation. It may be an unusual attraction of Cyprus and not high up there with nightclubs, ancient monuments or water parks, but turtle conservation is one of the most important environmental issues the Mediterranean region faces today, so why not do your bit to help local wildlife? If nothing else, it's a great day at the beach, without annoying radios or screaming toddlers! 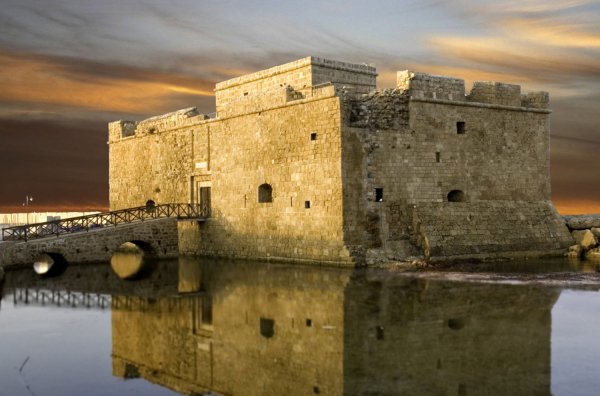 Built in the mid-13th century following the devastation caused by the great earthquake of 1222, Paphos Castle has undergone many transformations since it was first constructed. Located at the edge of Paphos Harbor, it once served as a salt warehouse during British occupation. The castle was virtually raised to the ground in anticipation of an invasion by the Ottoman Empire in 1570. However, the new Turkish rulers rebuilt the castle and it has remained one of the major attractions of Cyprus ever since.

And I haven’t mentioned that the sea is crystalline and all the very best shades of blue and green and the beaches are soft golden sand. The hotels are top-notch and there’s plenty of family run restaurants. I’d love to go back. Coming with me?