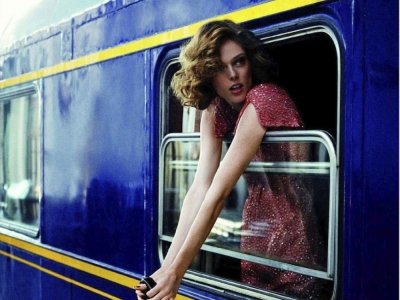 Whether you’re traveling soon, or are just looking to be prepared for the future, there are surprisingly a few things that people often forget about when preparing to leave the country. There’s a lot of stress that comes with preparing to leave the country, so it’s not exactly difficult to forget a few things along the way. Whether you’re leaving the country today or a year from now, there’s definitely something on this list that will help you out during your next overseas trip.

1. Passport Holders Are Your Friend

Some people think that passport holders are simply a huge waste of money. I used to be under this impression as well, but they’re actually sort of a Godsend. They hold all of your travel documents in one easy place and you don’t have to go digging through your purse or carry-on at every security checkpoint (and we all know how plentiful those are). When traveling can be so chaotic, keeping all of your travel papers in one place to avoid losing them is so important when you’re preparing to leave the country.

This should go without saying, but unfortunately I know more than a few people who have made this mistake. It’s a few days before their big overseas trip and they realize that their passport is expired or is about to expire. It’s a pain to delay your trip and expedite a new passport, so get it done well in advance. Your overseas trip may seem far from your mind eight months in advance, but you will be thankful you did it sooner rather than later.

If you’re going to a country with a different primary language than your own, make at least a little bit of an effort to learn the language, or at least enough to get you by. A few years ago I went on a trip to the Dominican Republic with friends and family. About five of us spoke fluent Spanish, and it was infinitely easier for us to communicate with the locals than it was for our non-Spanish speaking friends. If you do speak the same language, it may also be helpful to learn a little bit of the slang. I’m sure we’ve all gotten the side-eye when we’ve asked where the “bathroom” is rather than the “washroom.”

No matter where you’re going, it’s probably not the best idea to bring your most expensive belongings, especially if they’re unnecessary. Even if they’re in no danger of being stolen, you run the risk of breaking them, as well as worrying that you have them with you at all times. It’s an unnecessary headache for your out-of-country trip, in my opinion!

5. Get a Versatile Bag

Versatile luggage is the key to traveling, more particularly overseas travel. I’m under the impression that duffel bags that easily convert to rolling luggage are the greatest luggage on the market. Even if you don’t think this is very important, you will when you’re sprinting through an airport trying to catch a connecting flight with a 30-pound duffel bag on your shoulder. We’ve all been there.

6. Check and Double Check Your Chargers

Chargers are almost as important as the electronic that they’re charging. Without your charger, you obviously won’t be able to use any of your electronics, so double check and make sure that you have them all. An exciting trip can easily be ruined when your camera dies on the first day.

Don’t let your credit card be cancelled. Call your company in advance and verify where you’ll be and how long you’ll be there. It’s a pain in the neck, but it’s much better than attempting to use a credit card that’s been stopped due to “suspicious activity.” It’s often overlooked, but it’s especially important when you’re traveling overseas.

What are your trips for traveling overseas? Let me know in the comments!