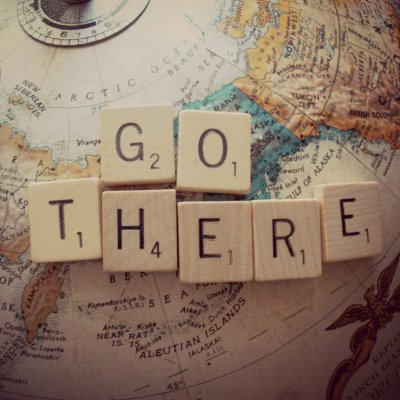 You probably can’t imagine what stress your body is going to go through when you board an airplane. It’s only natural that your body will feel stress because humans aren’t designed to withstand altitudes of +30,000 feet! As comfortable as modern flight is, it’s still taking its toll on your body and here is how:

According to a recent study conducted by Environmental Health Research, you are at least 100 times likelier to get sick when you travel by plane. One of the things that can happen to your body when you fly is that you are subject to whatever germs are trapped in the cabin with you. For example, if someone sneezes, the airborne particles travel all over the cabin and can still reach you even if you’re 50 feet away because of the air circulation in the plane.

For most, jet lag is just a nuisance you get over in a few days after crossing over one or several time zones. Sometimes, though, it takes more than just a day or so to get adjusted. You can feel tired at inappropriate times, become irritable, lose the ability to concentrate, and possibly even lose your appetite. Long term dangers for people who travel often might include cognitive decline and mood or psychotic disorders. According to a 2007 study published in The Lancet, not only are you risking mental health, but also putting yourself at risk for heart disease and cancer.

While it might seem that planes are quiet, if you are sitting close to the engine you may suffer some hearing damage. According to a study conducted by the British National Institute for Occupational Safety, noise levels in a plane, especially in areas closer to the engine, can reach 95 to 105 decibels, and can go up to 115 decibels during takeoff. The safety limit is 84 for 4 hours, above that and you may be risking your hearing. If possible, use noise-cancelling headphones.

Sometimes, people have difficulty passing a bowel movement after they fly. Usually, this happens because you are sitting for an extended period of time, and your metabolic rate as well as your rate of digestion has slowed down. Not only can this cause constipation, but bloating and gassiness. Avoid discomfort by moving as much as possible, even if it’s only shifting from side to side. Avoid eating or drinking anything high in calories, and drink enough water to keep yourself hydrated.

Often, being in a plane can be similar to being on a high mountain, as far as oxygen levels go. Oxygen levels are reduced and humidity is low, causing the respiratory system to have to work a little harder to get the oxygen it needs. If your breathing ability is compromised anyway, or you have conditions such as asthma, be sure you take additional precautions, such as carrying an inhaler.

DVT occurs when blood clots form in the legs due to long periods of inactivity. If you have one or any of the symptoms, consider it an emergency and seek medical attention immediately. Symptoms include discolored and/or warm skin on the affected leg, pain in one of both legs that may occur only when you walk of stand, leg swelling or visible surface veins. If you know you are going to be inactive for long periods, do simple feet and leg exercises and walk up and down the cabin to improve blood circulation.

Bad breath is caused when sulfur compounds form as food particles in your mouth dissolve. Bad breath, or halitosis, develops quickly when you fly because your saliva production slows down, which allows bacteria in your mouth to increase. When combined with drinking sugary drinks, sweet snacks and fast food, conditions become perfect for a thriving colony of stinky bacteria. Drink lots of water and avoid sugary, bacteria-feeding drinks and foods.

There’s no need to panic about any of these issues – just be aware of them and simply take the appropriate measures to give your body TLC when you fly.